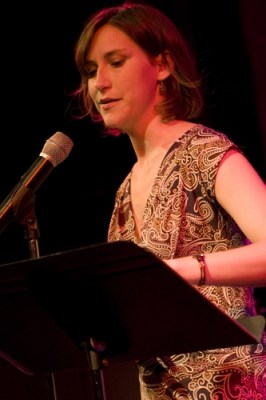 Because of the patriarchy, there are significantly more men who write musical theater than women. This Tony season, for instance, didn’t include any eligible shows with music by women. Not even Spider-Man. Harumph.

To celebrate the successful women composers and lyricists and to keep myself from getting too depressed about it, my genius friend Drew (“Jeanine Tesori is boss enough for all of them”) and I put together a pretty thorough list of musical theater songs with lyrics and/or music by women. It was a lot more difficult that either of us were expecting, which is unfortunate on several levels. This is by no means a comprehensive playlist; for example, songs from Quilters and Grind could also be here, but it’s easier to pretend that 1985 didn’t exist on Broadway and also they’re really terrible. Anyway!

Add your favorite lady-written theater tracks in the comments below! Also, how excited are you for Jeanine Tesori and Lisa Kron to adapt Fun Home into a musical! Because I am excited enough to sneak it into this article!