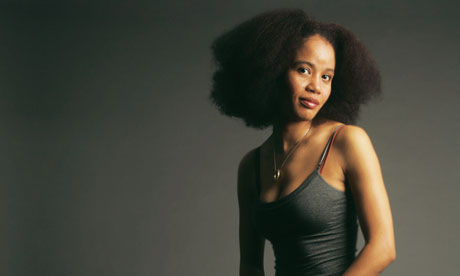 On 4/20 Friday, The Guardian posted ‘Why Chasing Straight Women Still Thrills Me’, an opinion piece written by celebrated poet and artist, Staceyann Chin. (If you’re unfamiliar with her go here, read this and watch that .) A link for it landed on my Twitter feed and there was no hesitation, just an immediate click. See I’ve got so much admiration and respect for Staceyann Chin. Her poetry is eviscerating — so politically on point — and there is no one on this planet with a voice like hers. She is so fully herself on stage that her whole life becomes palpable. It’s like she is sitting on your tongue wedging the importance of her voice into the wrinkles of your brain so that you never ever forget her or her words. She is a fucking movement and I highly encourage all of you to dive into her work. So that being said and fully meant, it’s time to discuss all the “what the fuck” moments that occurred while reading her article on the allure of seducing straight women.

As a lesbian, bisexual or queer woman, it’s almost inevitable that you will crush on, fuck and/or be emotionally tormented by a straight chick. One, they’re EVERYWHERE. They’re eating ice cream in Central Park with their perfectly glossed lips. They’re helping you study for your chemistry final in that miniskirt that kills you the higher it slips up her thighs. Oh and they’re also walking down the street holding hands with their boyfriends. Boyfriends that they are most likely actually in love with because they’re not just “straight chicks”, they’re also Women with actual FEELINGS. Did Chin happen to maybe forget that somewhere along the road to lesbianism? Like that straight women are people? According to Chin, the best time to lay down the dyke moves is when this straight woman has been crushed by her dude, which leads us to WTF Moment #1:

What in the name of creeper hell kind of advice is that for one woman to be giving out to other women? Are you serious? So now lesbians who like non-lesbian women should wait for their boyfriends to hurt them in order to begin some sort of subtle manipulation into their hearts? That is the most underhanded shit I’ve ever read. When one enters into a platonic relationship with a woman, also known as a “friendship,” it should be respected, cherished and not used as an in for you to be the first woman to snatch her snatch.

*Note to straight chicks: If a lesbian uses/abuses your trust and friendship solely to get at your goodies, you have my permission to punch that bitch in the face.

Now I’m no fool. I understand that our bodies want what they want, especially when a hot chick is involved. I also am fully aware that friendships between women of varying sexual orientations can be ultra complicated. We’ve got mad feelings, y’all. But this is about intent. Your intentions should always be as pure and honorable as possible. Comfort your straight homegirl because you care that she is hurting. Put your feelings, God complex and horniness aside and be a fucking friend.

And about that God complex. Enter WTF Moment #2 — Chin says she gets off on being “the chosen one, the Messiah, the mandate that pulls her… toward her most hidden desire…” Really, Papi?! Chin’s descriptions of wanting to be the first woman to deflower a straight woman borders on pervy next door neighbor. I get it, many lesbians, myself included, get a little kick out of being someone’s first girl. We are delighted when that toaster comes in the mail from the ‘You Bagged a Straight Chick’ Department of Lesbian Affairs. But Chin’s reasoning is a major turn off; being someone’s first should be a bonus that happens to exist within the parameters of the relationship, not the crux of your advance. This is where the ‘chasing’ of heterosexual chicas becomes problematic: people shouldn’t be chased. They should reach out for you of their own accord. Are we really not all on the same page yet about women not being conquests?

*Note to lesbians: Chase paper, dreams and butterflies. Do Not Chase Women, gay, straight or otherwise.

Be around, be yourself and be aware. Here’s the thing: when people are chased and pulled even in a non-obvious ways, they are sometimes stripped of the space and time needed to make the best decision for themselves. Chin notes that straight girls almost always go back to their boyfriends. Well, uh duh. What else do is going to happen when you prey on someone who is emotionally distraught and hasn’t had any time to process their shit? Maybe if that same women was given some time to choose with clarity and peace of mind and let it be a decision she makes without you lurking in the shadows, perhaps the desired healthy relationship would manifest. Maybe said woman wouldn’t wake up startled by another set of breasts in her bed and woman in her life. Maybe.

It cannot be denied that Chin’s level of honesty throughout this article is refreshing. The best moments in this piece are when Chin drops the creeper status and discusses her experience as a Jamaican lesbian who came out in her hometown and had to navigate homophobia to decipher which women were down for some loving and which were not. Unfortunately, these positives don’t outweigh the fact that the majority of her essay reaffirms the stereotype of the lesbian as a predator, and is totally dismissive of the agency of women — because yeah, straight women are still women. I am so over that. Aren’t you? Isn’t she?

Straight women are awesome but entanglements with them, specifically of the nature Chin describes, are damaging on so many levels, both to the straight and the queer woman involved. For the queer woman, it means a relationship in which attraction isn’t reciprocal, where you’re resigned  to never being the object of desire. It places the heterosexual woman on this pedestal of sexual conquest that no one deserves to be on, and simultaneously denies her sexual orientation validity. And if the relationship comes into being the way that Chin describes, it’s something based on manipulation and deceit, and nothing good comes of that. Besides, straight-girl chasing is nothing compared to the explosion of awesome that happens when two out and proud lesbosexy women find love, sex and all the good things that come with them together. It’s only mutual, non-predatory and non-manipulative interactions that affirm who we are as as queer women, as people worthy of dignity and respect.

Chasing straight girls is for amateurs and drunken co-eds which, BTW, Chin admits to doing more of when she was younger. Macking on and loving actual gay and bisexual women is for Pro Ballers, H.B.I.C.s and all the women who value respect, honesty and integrity in their lusty pursuits. No one should ever be chased. Could you maybe meet me halfway? You choose me just cuz. I choose you just cuz. Then we both get the lovin’ we need, desire and deserve. Can I get an amen?