You’ve really got to hand it to Californians on this one. They’ve taken two of their most abundant crops — wine grapes and weed –and combined them to create cannabis cabernets.

“The recipe for pot wine, such as it is, consists of dropping one pound of marijuana into a cask of fermenting wine, which yields about 1.5 grams of pot per bottle; the better the raw materials—grapes and dope—the better the wine. The fermentation process converts the sugar in grapes into alcohol, and alcohol extracts the THC from marijuana.”

Apparently the wine has been around since the Reagan administration — and its War On Drugs — and sold for as much as $100 a bottle. Since then, a lot of the stigma and danger surrounding weed has disappeared and pot wine has become more popular. Crane Carter, president of the Napa Valley Marijuana Growers, thinks we can expect to see more of it in the next few years. “People love wine,” he says, “and they love weed.” 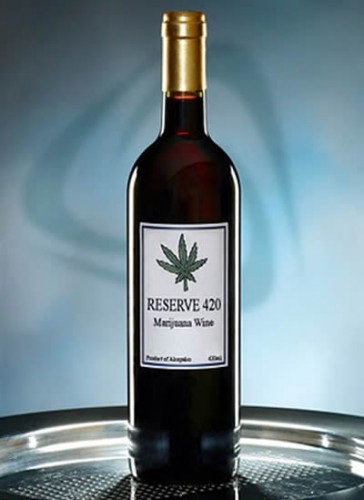