Two female students, aged 20 and 21, were arrested early Sunday morning by enforcement officers of the Johor Islamic Religious Department (JAIJ) on suspicion of having had “same-sex relations” in a hotel room in Johor. The pair was among eight couples detained in Operasi Ambang Merdeka on the dawn of Malaysia’s Independence Day, 31 August. 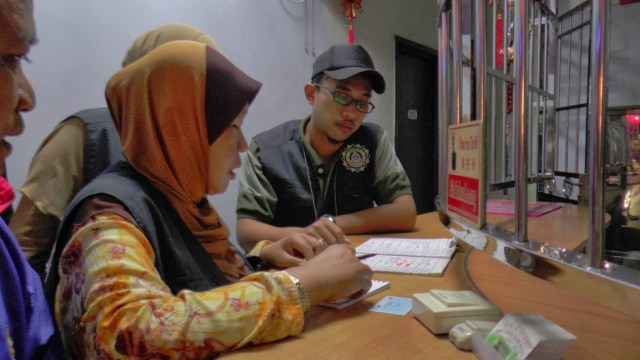 Sinar Harian reported that when officers came to the door, one answered while the other was in the bathroom. While the authorities initially had no reason to be suspicious of khalwat (unlawful close proximity), they became suspicious when the pair remained silent as their room was searched. They then found a sex toy, which was seized together with a laptop.

One of the students said that the toy had only recently been bought online and unpackaged, and that they had not yet used it. They were then booked at the Johor Jaya Police Station before being taken to the JAIJ office.

According to JAIJ’s Assistant Director of the Enforcement Division Mohd Zamri Kambari, who led the morning’s raids, the pair has been arrested under Section 26 of Johor’s Syariah Criminal Offences Enactment 1997, which criminalises lesbian sex. They may be subject to a fine of up to RM5,000, jailed up to three years and subject to six strokes of the cane.

Sisters in Islam (SIS), a non-governmental organisation that works to protect Muslim women’s rights and challenge discriminatory syariah laws and practices in Malaysia, condemns irresponsible reporting by Sinar Harian, which broke the story, and wants proper legal representation for the two women. The Malay daily identified the students’ school and published a (partially censored) photo, further identifying them not only as a lesbian couple but also alleging that they had committed musahaqah, the sin (and crime) of female same-sex sexual relations.

SIS legal officer Rashidi Abd Rahim argues that prosecutors must prove that a criminal act had actually taken place. “The investigation has not even concluded and the paper is already judging them guilty.”