When I first received the press package for the new Discovery Life documentary series New Girls On The Block, I was both excited and optimistic. Even as trans people reach new heights of visibility in documentaries and narrative shows alike, those portrayals have often suffered from the same flaw — the tendency to depict trans people in isolation, as the only trans person in their social circle. So when I saw that someone had produced a documentary about a diverse group of trans women friends supporting each other through their complex lives, I came in with high hopes. I went in with my fingers crossed and my expectations high, wanting to like it. While the show has some definite strong points, and the women featured are compelling, it unfortunately suffers from many of the tired tropes used time and again in documentaries about trans women.

New Girls On The Block follows six transgender women from Kansas City who formed a tightly-knit social circle during transition. They range in age from 25 to 50, and come from a variety of social backgrounds. The first episode breaks the women’s stories into four smaller vignettes, each focusing on a subset of the cast. Robyn is trans woman dating her best friend of 10 years, Andrew. AiYanna and Jaime are a lovely queer trans couple trying to make things work despite challenging economic difficulties. Macy is a woman who transitioned after getting married, and is currently negotiating the evolving relationship with her straight cisgender wife, Sharon. Kassidy and Chloe are best friends who are learning to navigate post-transition dating together. The vignettes are woven back together through the interactions of the six women at their weekly Girls Night Out.

I loved the cast from the opening scene, where they all share a meal together. It’s from their banter that they’re actually bonded in a supportive circle. They’re interesting and dynamic women, and I was excited to learn more about their stories. While I’m generally not super-interested in hetero relationships, the dynamic between Robyn and Andrew is endearing, with exposition that actually manages to avoid much of the gross “isn’t-this-weird” narrative that often plagues depictions of a cis-trans couple. Unfortunately, the show then takes it’s first ugly slide into cliche, and we’re also very quickly (and, IMO unnecessarily) presented with pre-transition pictures of Robyn juxtaposed with interview. Given that the premise of the show appears to be highlighting the post-transition lives of trans women, this ends up feeling like a cave to the voyeuristic fascination with transition and transformation that’s been so depressingly dominant in transgender documentary, especially those produced by cis people. 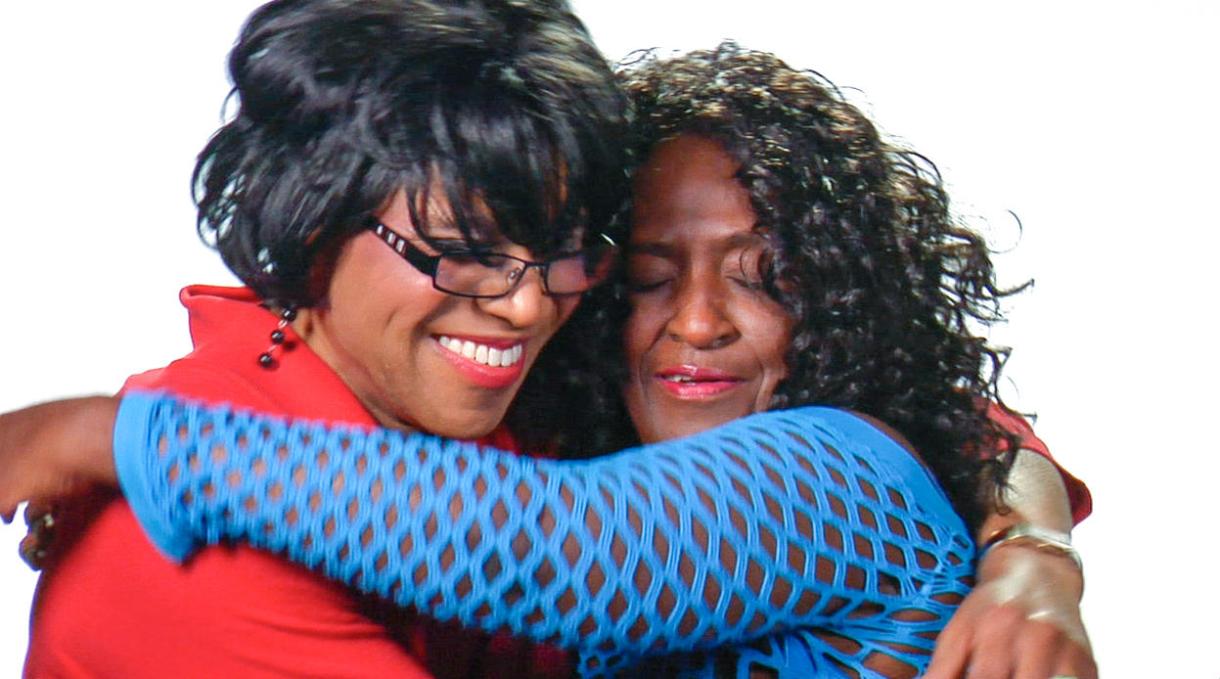 We next move to Macy and her wife Sharon, who are out shopping for a dress for Macy’s “Stepping Out Party” that’s being organized by the rest of the women on the show. Macy isn’t even given the benefit of an endearing exposition before we’re confronted with not only her pre-transition photos, but also her dead name and repeated wrong pronoun usage from her wife. While it’s clear that Macy’s storyline will be focused on her evolving relationship with her wife (who didn’t know Macy was trans when they married), it’s still pretty jarring to suddenly see pre-transition wedding photos interspersed with the footage of a very happy, radiant trans woman of color. Macy pretty quickly became my favorite character on the show because she’s just so darn positive and it flows from her smile to her body language, and she’s just a delight to see on screen. Sadly, what we see throughout the first episode is mostly a focus on how her transition is affecting those around her, and we don’t find out nearly as much about Macy as we do the other five cast members (who are all white). With Macy being the only trans woman of color, and the only one over 40 on the show, she feels a little tokenized, which is kind of heartbreaking, because you can’t help but adore her.

Jaime and AiYanna’s relationship and storyline were definitely the highlight of the show for me, but I could be a little biased towards the super-cute queer trans girl couple. Jaime is a somewhat serious ex-military triathlete and nursing student. AiYanna is total goofball from a Mormon family who delivers pizzas. Watching them interact, even through Jaime’s occasional annoyance with AiYanna’s silliness, is painfully cute. (Seriously, the glee on AiYanna’s face when she says “Can we get some pudding?” is priceless.) Plus, Jaime paid for AiYanna’s bottom surgery out of love, which just makes my heart burst with happy feels. The two of them live together with Jaime’s mom, who is one of the most awesomely supportive parents of a trans person I’ve seen on TV. She’s not only completely accepting of Jaime’s transition, but she’s also totally willing to go for bat for her. It’s revealed that she helped push for Jaime to be discharged from the military, and watching her console her very emotional daughter when she gets pushback on her desire to complete in the women’s division of a triathlon is cry-worthy. Unfortunately, just as with Macy and Robyn, we’re presented with pre-transition photos of Jaime that do absolutely nothing to advance her story, though we’re at least spared hearing her dead-named or misgendered. 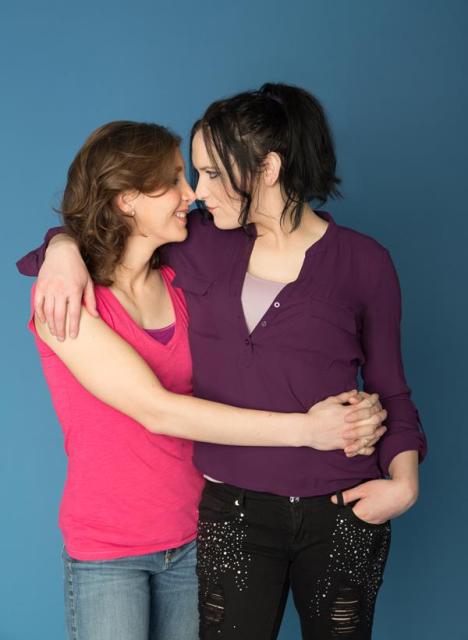 There are also just some other misses in the show that really drag down the enjoyability. While I understand that finding a naturally diverse organic group of trans women willing to be the subjects of a documentary isn’t exactly easy, the cast skews disappointingly white, thin, cis-normative-appearing, and attractive — like they were selected for their ability to be acceptable for a cisgender audience, not to really represent the trans community. Adding even a little more diversity, whether perhaps through a fat person, or another trans woman of color, would have gone a long way. Secondly, the writing of the show also uses a lot of the “used to be a man” and worse “born a man” language that so many trans women find objectionable. This is much less of a problem if these women actually identify that way, but those statements come off as a bit scripted, which makes me skeptical.

In the end, the missteps of NGOTB aren’t enough to make it completely unwatchable, but they are disappointing. With the two amazing documentary projects that were helmed by trans people this year — True Trans and The T Word — setting the bar so high, New Girls On The Block does feel like a bit of slide backwards . However, the likable and dynamic cast members save the show, and it’s their personalities that will have me watching all five episodes that Discovery Life has produced. Given that we have two cast members (Kassidy and Chloe) who have not yet received much exposition, it seems likely that we’ll see some more of the pre-transition photos and perhaps hear a little more dead-naming in episode two. But, I’m hoping (perhaps a little foolishly) that, once the show moves past the cis-indulgent fascination with transition before-and-afters, NGOTB will actually break a little ground by portraying trans people in a state we seem to rarely see: together in community.

New Girls On the Block premieres on Saturday, April 11th at 10 pm ET on Discovery Life.