On Wednesday, The New York Times published an article titled “Two Women Say Donald Trump Touched Them Inappropriately” which details yet two more accounts of women who were sexually assaulted by the Republican presidential nominee, just days after Trump denied sexually assaulting any women during a presidential debate. In response to the article, Trump’s legal team accused the NYT of libel — evidence that Trump’s team is just scrambling to save voters before they jump ship right before the election — and demanded that it be removed from the site followed by a retraction and an apology. New York Times VP and Assistant General Counsel David McCraw sent an assertive formal letter to Trump’s legal team basically saying, “yo, what we did was legal. have you ever thought Trump is ruining his own reputation??.” Here’s what he actually said:

The essence of a libel claim, of course, is the protection of one’s reputation. Mr. Trump has bragged about his non-consensual sexual touching of women. He has bragged about intruding on beauty pageant contestants in their dressing rooms. He acquiesced to a radio host’s request to discuss Mr. Trump’s own daughter as a “piece of ass.” Multiple women not mentioned in our article have publicly come forward to report on Mr. Trump’s unwanted advances. Nothing in our article has had the slightest effect on the reputation that Mr. Trump, through his own words and actions, has already created for himself.

He further explains “a larger and more important point here” — that the NYT didn’t stand to silence these women, who have never come forward with their stories before because they felt powerless.

But there is a larger and much more important point here. The women quoted in our story spoke out on an issue of national importance — indeed, an issue that Mr. Trump himself discussed with the whole nation watching during Sunday night’s presidential debate. Our reporters diligently worked to confirm the women’s accounts. They provided readers with Mr. Trump’s response, including his forceful denial of the women’s reports. It would have been a disservice not just to our readers but to democracy itself to silence their voices. We did what the law allows: We published newsworthy information about a subject of deep public concern.

In the NYT article, Jessica Leeds, 74, and Rachel Crooks, 33, talk about the inappropriate encounters they endured years ago. More than three decades ago, Leeds was on a flight to New York when a flight attendant asked if she wanted to be bumped to the first class cabin. She accepted the offer and ended up sitting next to Donald Trump, who she had never met before. Forty-five minutes into the flight, Trump pulled back the arm rest and began touching Leeds, fondled her breasts and tried putting his hand up her skirt. “He was like an octopus,” Leeds told the NYT. “His hands were everywhere.” 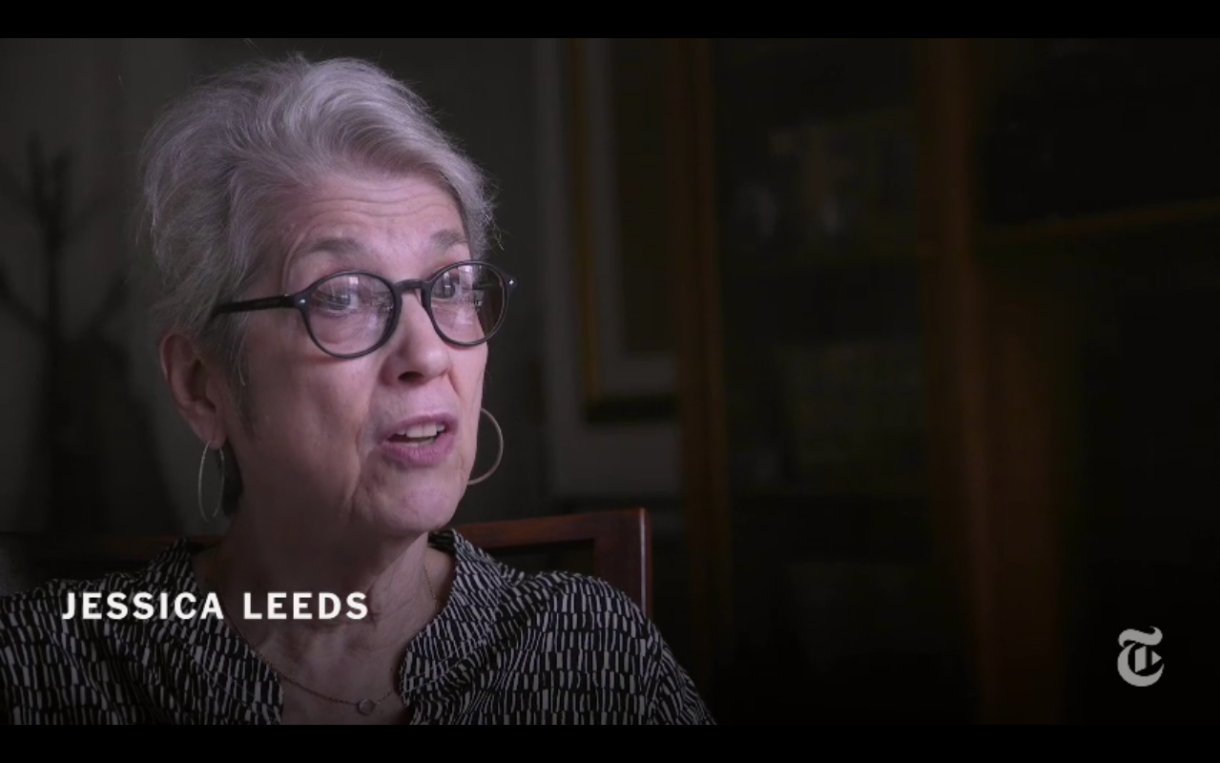 Crooks was a 22-year-old receptionist at a company located inside Trump Tower when she met Trump in the building’s elevator in 2005. Crooks introduced herself to Trump and went in for a handshake but he grabbed her hand and did not let go and began kissing her on the cheeks and then on the mouth. “It was so inappropriate,” Crooks told the NYT. “I was so upset that he thought I was so insignificant that he could do that.”

Both women never reported their accounts to authorities and only told friends and family about their experiences. Their experiences echo those of other women who have come forward to talk about unwanted sexual advances from Trump including People reporter Natasha Stoynoff, who published her story on Wednesday night.

Stoynoff was assigned the Trump beat and went to Mar-a-Lago to interview Trump and Melania Trump for a “First Wedding Anniversary” story in December 2005. After the interview, Melania left the two alone to change and that’s when Trump said he wanted to show Stoynoff a particular room so she followed him to the room. He shut the door and immediately pushed Stoynoff against a wall and “forc[ed] his tongue down [her] throat.”

In all the cases, Trump has never apologized and has never owned up to his actions or words. Actually all he’s apologized for is partaking in “locker room banter” (which is somehow excusable in his view) after the Washington Post published a gross video of him talking to Access Hollywood host Billy Bush last week. In the video, Trump boasts about kissing and touching women without their consent, which includes him saying: “I’m automatically attracted to beautiful [women]—I just start kissing them. It’s like a magnet. Just kiss. I don’t even wait. And when you’re a star they let you do it. You can do anything … Grab them by the pussy. You can do anything.”

Trump keeps denying he sexually assaulted any women and is saying they’re liars and their stories are fabrications meant to discredit him right before the election. At a campaign rally today, Trump said this about Stoynoff: “You take a look. Look at her. Look at her words. Tell me what you think. I don’t think so. I don’t think so…These people are horrible people. They’re horrible, horrible liars. And interestingly, it happens to appears 26 days before our very important election. Isn’t that amazing?”

It’s no denying Trump doesn’t give a damn about women or understands the definition of consent or sexual assault and is a reflection of deep seated rape culture. With the presidential election quickly approaching, let’s hope the damning video evidence and these women’s accounts obliterate his following.