Sujata Day is a writer and actress that you might recognize from some of our favorite webseries, The Misadventures of Awkward Black Girl and Little Horribles. She’s also appeared on television with credits that include The Secret Life of the American Teenager, Buffy the Vampire Slayer, 7th Heaven, and Greek. 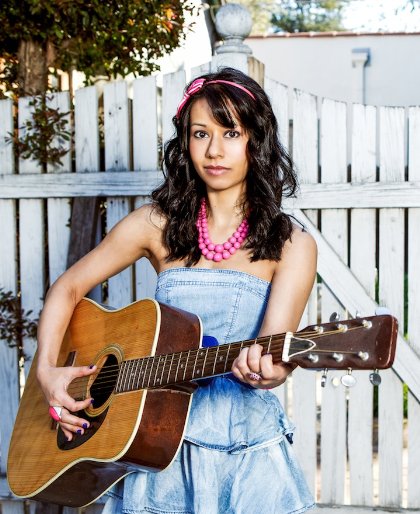 I know a story of yours appeared in “Pieces,” which was edited by Stephen Chbosky, and that makes me wonder what your favorite coming of age story is?

I was and always will be a Frances Hodgson Burnett junkie. Growing up, I must’ve read “A Little Princess” a gajllion times and “The Secret Garden” is a classic.

What’s the best app you have on your phone?

Everyone needs the P-Tracker app. It’s a NECESSITY.

What show that you’ve appeared on were you most a fan of before booking?

ARRESTED. DEVELOPMENT. SEASON. 4. I got my hair braided while chatting with Portia de Rossi, played ukulele in the makeup trailer with Alia Shawkat, and was directed by Mitch Hurwitz in a scene with David Cross. I mean, C’MON!

What are your feelings on friend dating (AKA going on what would otherwise appear to be a date but is for the expressed purpose of seeing if you all should be friends)?

Making friends post-college can be hella awkward. But sometimes you just meet a cool chick and you’re like, “She MUST friendship with me.” I am pro-friend dating because I’m 99% sure that’s the only kind of date I go on. “Date” dates make me want to vomit all over my P-Tracker.

I would call your character in ABG more of an Ilana. In real life, are you more of an Abbi or an Ilana?

CeCe on ABG is basically an exaggerated version of myself. My friends would say I’m definitely an Ilana IRL but sometimes I like to pretend I’m an Abbi to mix it up.