This is a very special moment in all of our lives because this Comedy Crush is with arguably my very first comedy crushes. Years ago I team picked their webseries which is now a real live television show on Comedy Central executive produced by Amy Poehler. If you haven’t watched Broad City yet, you need to. Right now. I could go on and on about why this show is groundbreaking and important and most of all, hilarious but I won’t because this is about them, not my feelings about them. Them is Abbi Jacobson and Ilana Glazer, two UCB trained New York comedians and the creators of the much lauded sitcom Broad City. 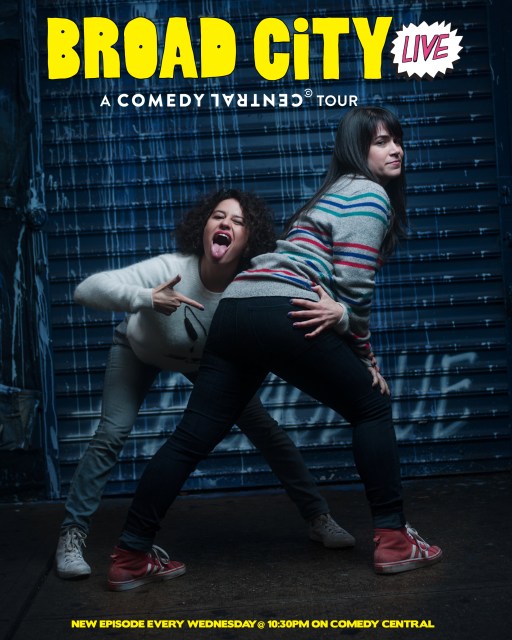 New York isn’t merely a backdrop for the show. Everything about the show FEELS New York. Why do you think you all have succeeded there where a lot of other shows have failed?

A: Thank you! We really talk about this a lot, and did talk about this throughout each phase of the process–how can we make this feel like New York feels, or at least how it feels to us? It’s a very specific POV, and we run around the city a lot and we shoot things really fast and furious and it’s crazy and weird and really fun. We try to show how beautiful it is, because we’re still not over the fact that we get to live here, let alone work here.

I: There are endless reasons why New York gets in the way of a production–it’s expensive to shoot here, people are less available to help out for free or cheap, people don’t wanna travel to see your live show, etc. etc. But I think our show has succeeded here because the tone is so fundamentally New York. The jokes often show how the city lifts us up or pushes us down, but even in real life, when the city got in our way (in our lives, in making the show), it was just feeding us material.

If you could do a 90s style crossover episode with any other show, what would it be?

A: Oh man! We (or I) talk a lot about Friends. I think that would be amazing to do something with them or those environments. We’re very similar to Chandler and Joey — I love that duo.

I: Yeah, we’d meet Chandler and Joey and they would be so us, it would be scary. And then I guess we’d have to date them and the age gap would be a thing we’d talk about but ultimately talk through… whoops, sorry, I’m back. 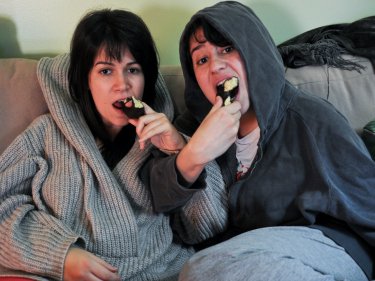 Having this show due in part to its web predecessor, do you all have any favorite web series?

A: I love I Hate Being Single which is made by our good friend and former Broad City collaborator, Rob Michael Hugel. A few other great ones: The Pursuit of Sexiness, Sugarboy, almost everything Above Average does…

In the show your characters know when the other is being funny and you let them laugh at each other, which is just one of the ways you all are playing with the sitcom format. How much of that is on purpose and how much of that is a byproduct of you all just making the show the way you envision it?

A: The characters are heightened versions of ourselves, so when they’re in a situation and the other is being ridiculous or funny, the other would obviously laugh–that’s how real friendships are, and that’s definitely how ours is–if we didn’t find the other amusing, why would we hang out all the time!

I: We’re truly figuring it out as we go. We try to follow what feels fun and good and something we’re proud to put our names and faces on, but beyond that, it’s an experiment. We’re really learning from people like you, from writers and bloggers, what is being conveyed. So that’s cool to hear.

You can watch the first episode of Broad City online and catch new episodes Wednesdays at 10:30/9:30c on Comedy Central. Also, they’re going on tour in the fall!