This week’s Comedy Crush is DeAnne Smith. “Why now?” you might be asking yourself. Well, Smith is going to be on the upcoming season of Last Comic Standing! The show premieres May 22nd on NBC. See if you can spot her in the show’s trailer below!

Now if you don’t know who DeAnne is, you have a lot to catch up on. She is the maker of viral videos, stand-up extraordinaire, and writer for this very website. She’s been to Camp twice, runs a hilarious Twitter feed, and has a super cool podcast you should be listening to. 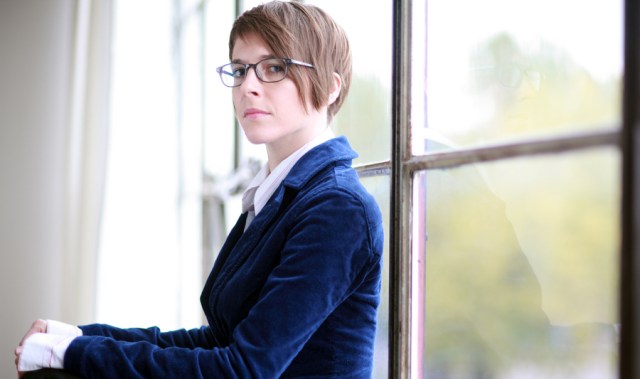 Which realization came first, that sometimes you get really sad or that you’re really funny?

What a question! This is in reference to the unexpected opening moments of the podcast episode we did together, right? Let me correct the record. I never get sad. I am always happy and hilarious! I’m so much fun all the time! And cute! Go comedy! Ha ha! Also I’m a rocket in the sack!

What’s the worst board game you’ve ever played?

I’m not sure, but this question gave me an idea. I think you and I should make a board game called Lesbian Mind Games. I’m serious.

If you had to wear one brand of shoes for the rest of your life, what brand would it be?

Are we doing this? Is this real? I’m going to say Camper, because they’re very comfortable and vaguely stylish. But I wanted to say socks.

What would you title your autobiography?

Oh My God I Actually Wrote a Thing! (You can ask Laneia what my track record for reliable writing is…)

If you had to watch one music video for 12 hours straight, which would it be?

I’m more concerned about these dramatic worlds you insist on constructing. The shoes, the music video… why is this happening? Why am I suddenly living in a world with no freedom of choice? Who’s forcing me to watch this video? What happens at the end of the 12 hours? It’s no better to be safe than sorry. This one: