It started sometime last month, during the Impeachment hearings. It kept going through Christmas. By the time people were making memes about “World War 3,” I was binging five or six episodes at the time. I couldn’t stop watching The West Wing. I thought it was my little shameful secret, unplugging from the horrors of this moment to blithely escape into the time of another, but then our editor-in-chief Riese shared an article with me from The New York Times: I wasn’t alone.

The more I started thinking about it, there’s something to this. We talk a lot about how pop culture is important because it reflects the time we are living in. Stories teach us how to be better, act better, learn in ways that creep under our skin and make us whole. So if that’s true, what could we learn from times past?

George W Bush took office in January 2001 and left office in 2009. He presided over two wars, an economic crash, an era of cruel and rampant homophobia billed as “compassionate conservatism,” and the death of thousands of black Americans in the aftermath of Hurricane Katrina. It may seem glib to focus in on television against the backdrop of those horrors, but I think there’s also a lot to learn in precisely which stories we told ourselves to make it another day. To be frank, most of 2000s television is far too white, male, thin, and straight for my tastes. Sadly, that’s also reflected in this list. For consistency, tried to keep the list to shows that ran the majority of their seasons during Bush’s presidency as opposed to President Clinton (before him) or Obama (after). When there’s exceptions, I make note in their descriptions. This is obviously not a list of EVERY show that aired during that decade, or perhaps even the best shows, but it is a list of shows I personally felt had something still to give.

We are on the brink of war in the Middle East. The majority of Puerto Rico has been without electricity for nearly 48 hours. Women’s bodies may end up for judgement by the Supreme Court much sooner than any of us can stand. An incompetent, racist, homophobic, madman is driving at the wheel of our country. But we’ve been here before. We fought back. We survived it. And I believe that we’ll survive this, too.

An * indicates that the show has a lesbian, bisexual, or trans woman character. 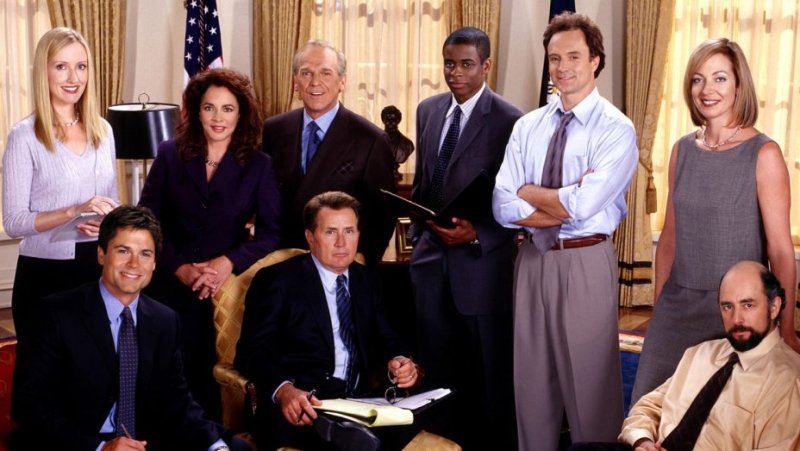 The quintessential “George W Bush” era television show. Do you remember when the President of the United States spoke in complete sentences and read for fun? I do, too. We didn’t imagine it! But you can escape our current horror by falling into the face paced “walk-and-talk” of a competent White House administration, even if it’s fictional. (PS: If we’re honest with ourselves, CJ Cregg was definitely bisexual. Just a hot tip, from me to you!) 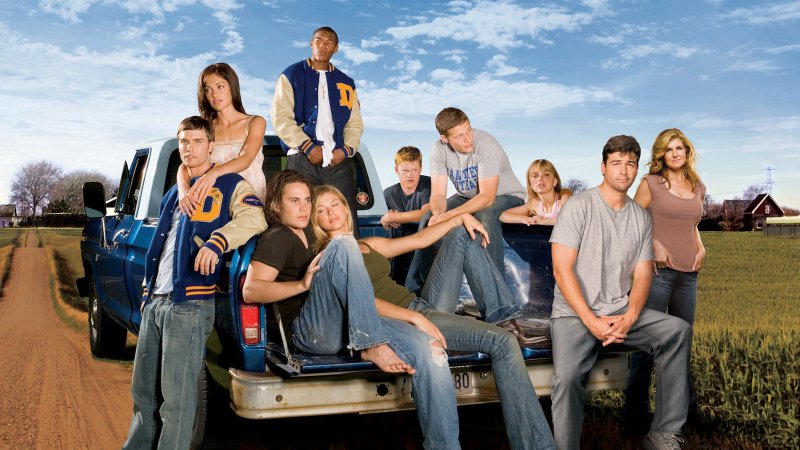 I cannot explain why I love this teen soap about football (a sport I don’t understand) in a small town in deep red Texas. But it’s one of the finest works of television in at least 20 years. Has there ever been a time when we more needed a reminder that “Clear Eyes, Full Hearts, Can’t Lose”? 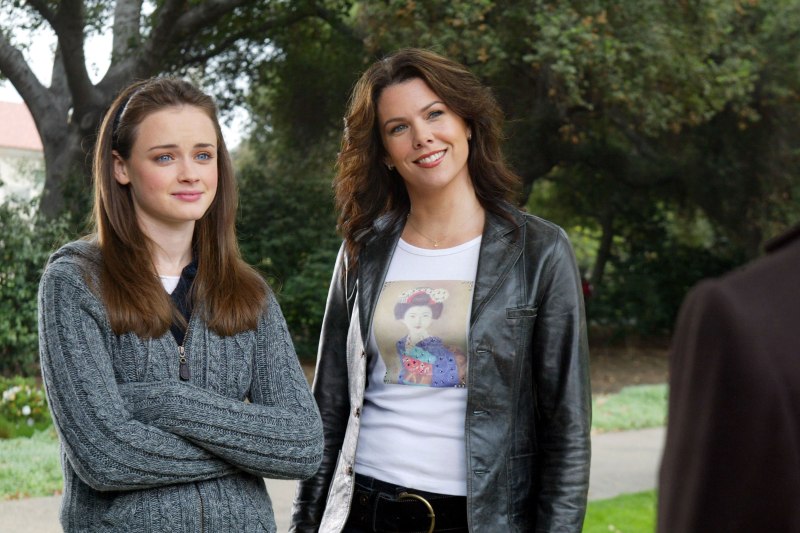 Gilmore Girls is my PEAK nostalgia. It’s definitely not everyone’s cup of tea, so your milage may vary (and its weakly received mini-series “update” on Netflix certainly didn’t do it any favors). Still, I will probably never grow out of teenage Rory Gilmore’s bookish shadow. And we could use some reminders of hopeful, smart women and fearless mothers who raised them. 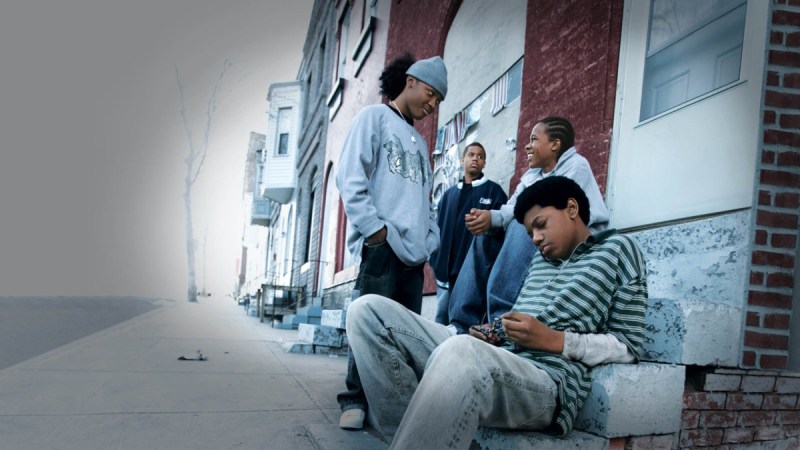 I’m not sure what it is about exceptionally awful Presidential administrations that they produce exceptionally wonderful television, but if you haven’t seen The Wire you should add that to the top of your television list immediately. It’s so well written that critics at the time were as likely to compare it to actual novels as they were television. Also, in case you haven’t heard Detective Kima Greggs was recently voted as one of the Top 100 Queer and Trans Women of Color Television Character of All-Time by this very website. 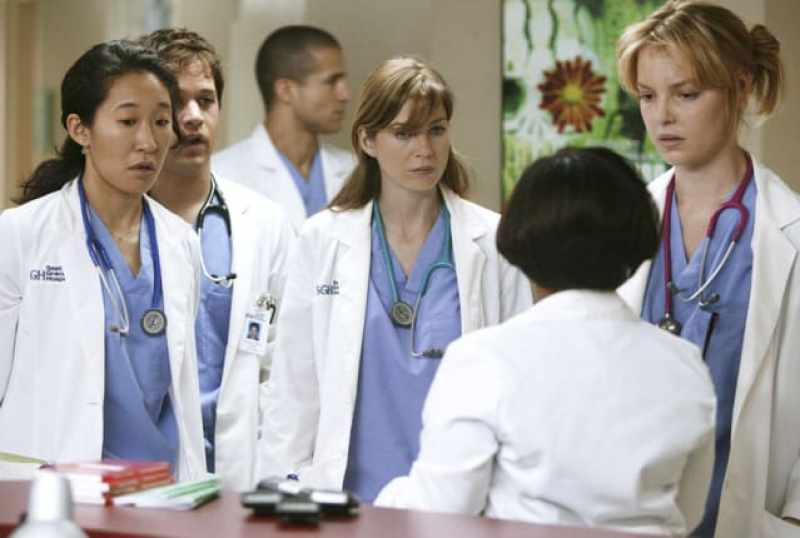 To be fair, I almost kept Grey’s off this list, because I most closely associate its purposefully multi-racial, queer friendly, women led cast with the Obama era in our country.

However, Grey’s Anatomy has the distinct history of airing during three separate administrations: George W Bush’s second term in office, both of Obama’s terms, and now the first (and please God only) Trump term. That’s definitely worthy of recognition. 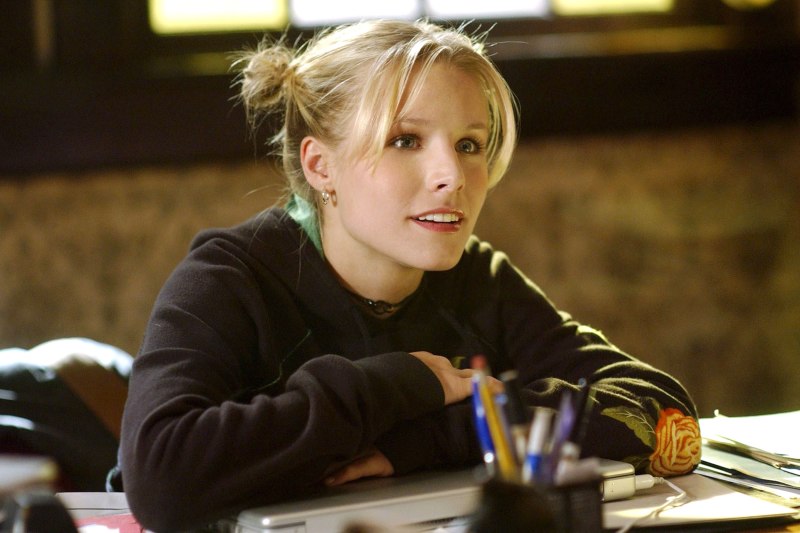 Oh you like wise ass teenage girls who carry a taser, solve cold cases about sexual assault, and wear gay hair buns? I thought you might. 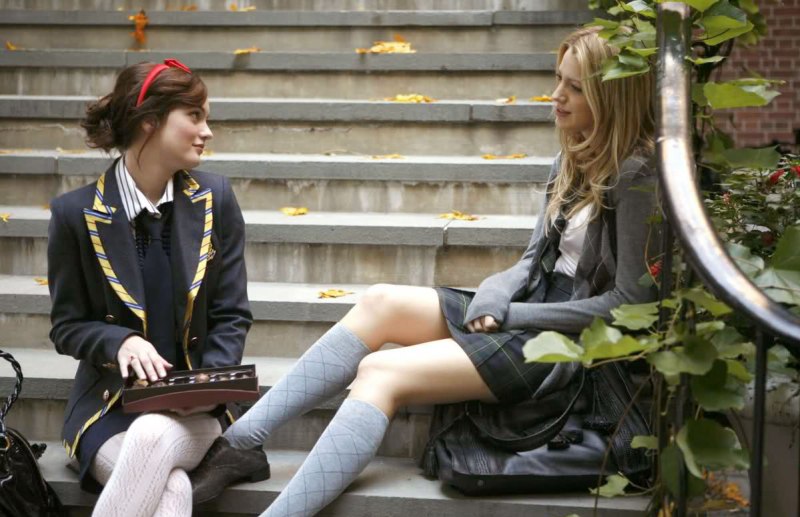 What’s fascinating about Gossip Girl will also be true and fascinating about Sex and the City (featured later on this list) – its premise is based in the kind of extreme 2000s wealth and luxury that could have only happened before the Great Recession of 2008. It’s nearly a perfect snapshot of blissful ignorance of the 1%. If you’re looking for some pop culture deep dive into what Elizabeth Warren and AOC are fighting like hell to change, definitely come back here.

Watch it Now // Also Available on Netflix and Hulu 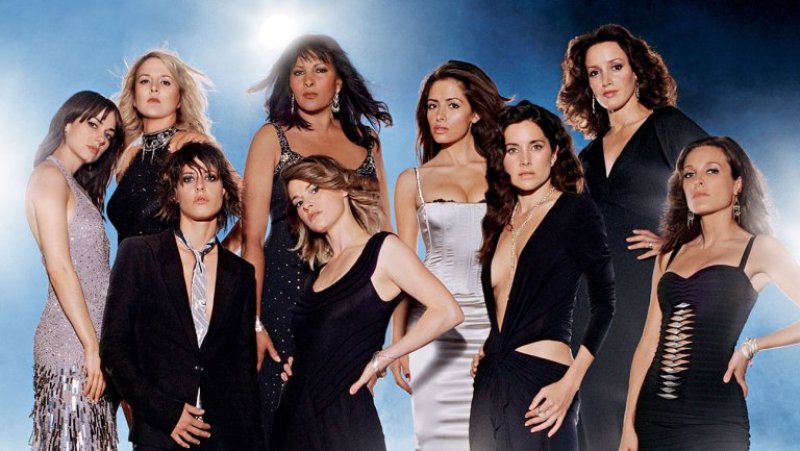 HAHAHAHAAAA! It’s Autostraddle. You knew it would come this. 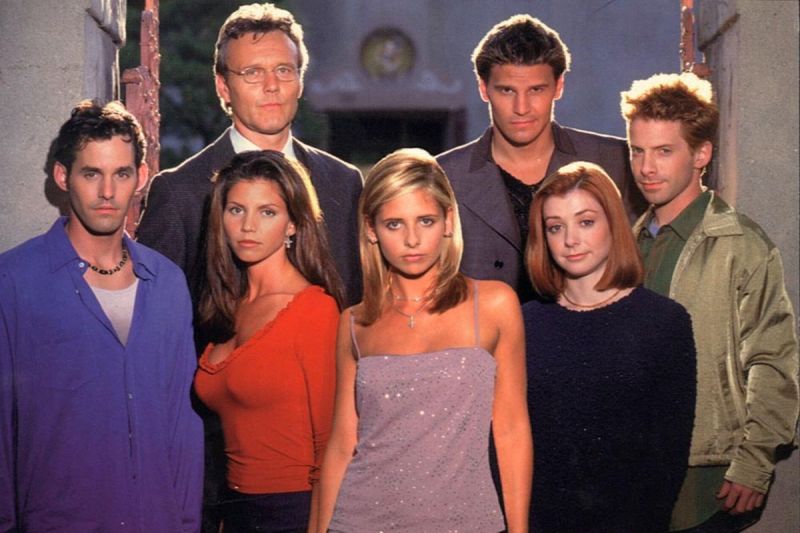 Teen slayer of “evil men” and the friends who love her? Yes please. 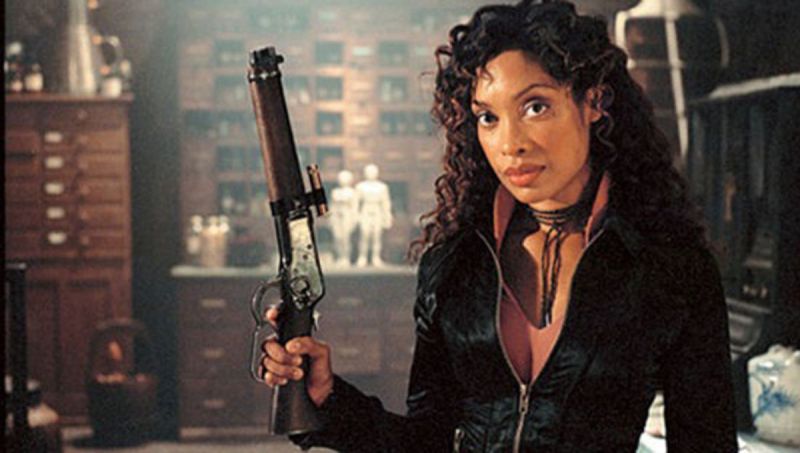 To be COMPLETELY honest with you — I’ve actually never seen Firefly. I know it’s a futuristic space Western is about a crew of smugglers that got cancelled after 11 episodes and is considered by many to be the ultimate sci-fi cult classic. But I’m really just here for Gina Torres toting a pistol. I simply could not pass this photo up. I’m sure you’ll forgive me. 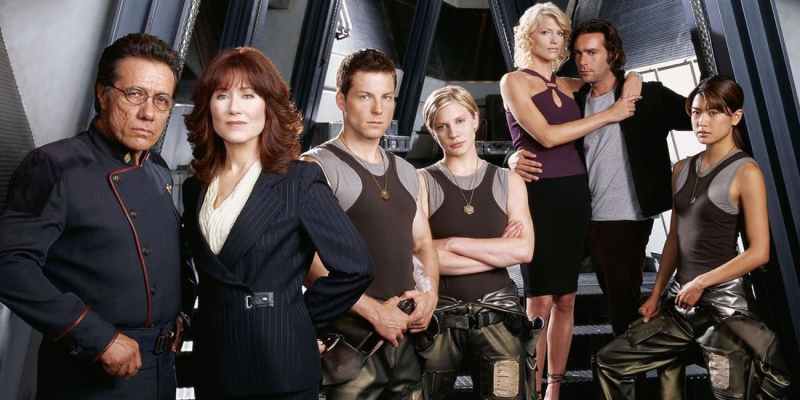 This is maybe a bit unexpected, but I love the aughts reboot of Battlestar Gallactica for the same reasons that I adore The West Wing: Compassionate, smart, kind leadership in government.This time it comes with the bonus of a woman President, something that we very well may end up waiting 400 years until the world is taken over by clones before we actually get to see. Wheeeee! 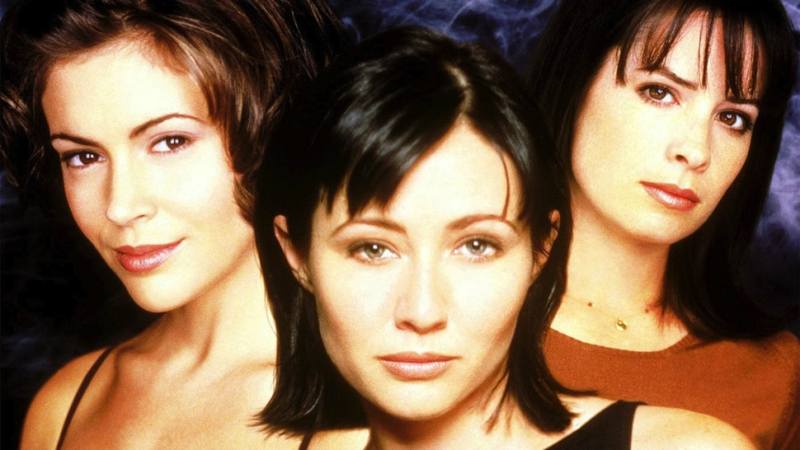 One thing that fascinates me about Republican administrations is how very into witches pop culture gets while they are in office. There’s a distinct connection between the feared/direct threat on women’s bodies posed when Republicans are in power, and the drive to dig deep into women empowered mythos. I’d love to read more about that, but until then I present you with Phoebe, Prue, and Piper. They will see you through the night. 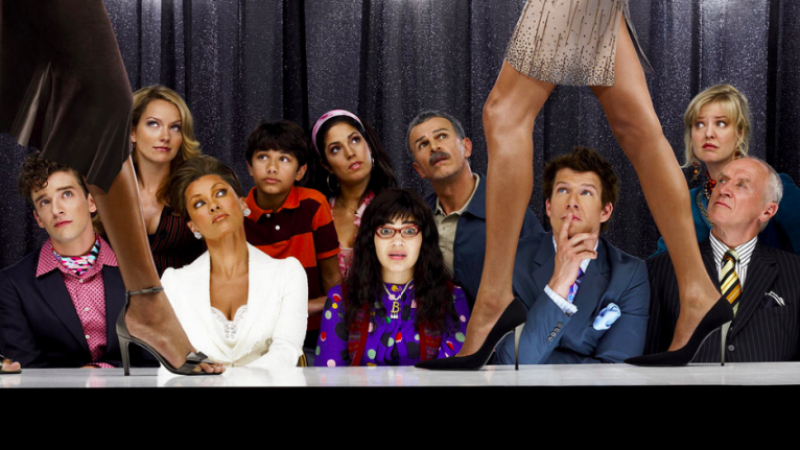 First things first — rest in peace to Silvio Horta, the creator of Ugly Betty, who passed away earlier this week. He created an hour long comedy that skewered telenovelas long before Jane the Virgin and a gay teen loved by his family long before Glee. The fingerprints of Ugly Betty can be found on so much of the media that we now hold dear. It didn’t get its proper due.

Similar to Grey’s Anatomy, I struggled with whether Ugly Betty is reflective more of Bush or Obama television, and given that it aired almost perfectly between both administrations, it’s probably a hybrid of the two? But I think the early seasons’ story of Betty’s father’s immigration fears is an important reminder of the humanity of Latinx people that we could all really use right now.

Sex and the City 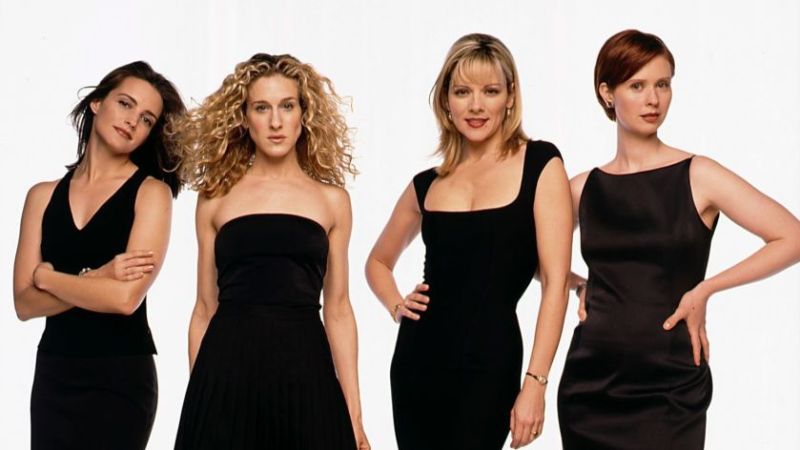 Scroll up. See what I wrote about Gossip Girl? Great.

Scroll back down. Add a cosmo.

Now you have Sex and the City. 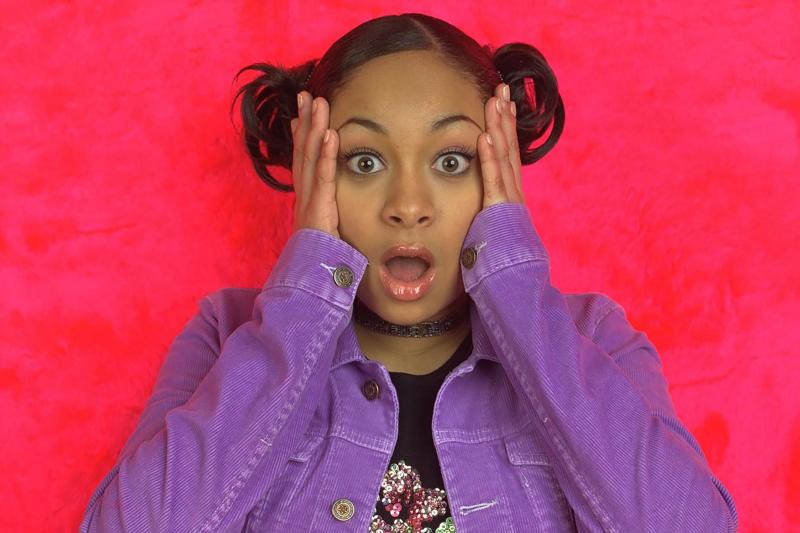 Almost every other show on this list I can justify because it’s giving a lesson about how to cope when faced with dangerous leadership that’s taking your country in directions that keep you up at night and you’re not sure how to handle it and you’re at your wit’s end. Here’s what That’s So Raven is bringing to that party: Laugh! Laugh at dumb shit. Don’t think about it. Find joy. Laugh. Laugh. Laugh. 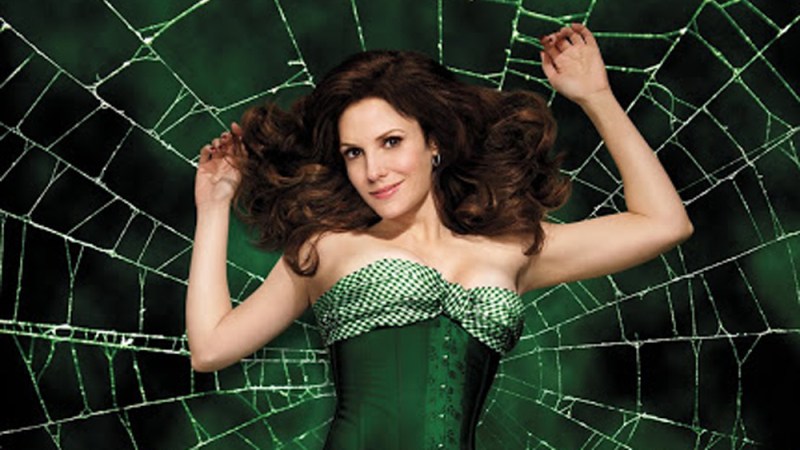 Ah Nancy Botwin. The classic tale of a suburban mom who supports her family with a little side hustle pot business. I’m being a little tongue-in-cheek, but we’re facing a moment where recreational marijuana has never been more prominent in our country, yet black and brown communities — who have already been disproportionally jailed and had communities ruined over a “war on drugs” that criminalized their weed use to a severe degree compared to white Americans, and that’s putting incredibly mildly — are being left out of this new wave at a staggering degree. In 2019 Nancy would be a multi-millionaire. The black and brown folks she bought her drugs from back in the ’00s? Very little chance that they’d be as lucky. 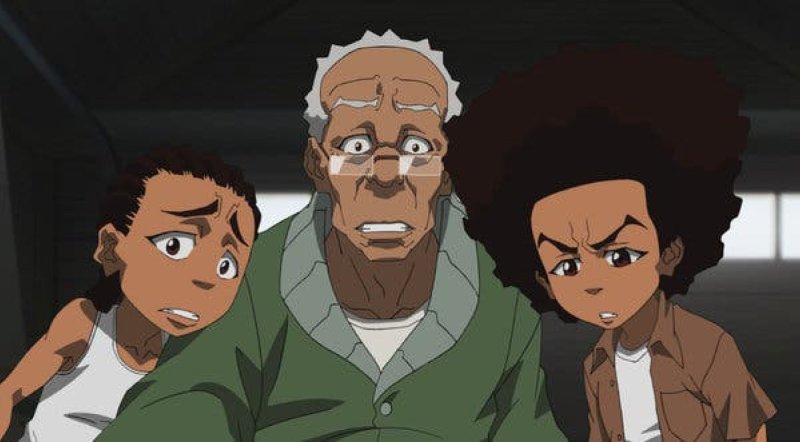 What Aaron McGruder created with The Boondocks is one of the most severely important pieces of black cultural commentary of our time. The original McGruder-penned series has been off the air for almost 15 years, and still so many of its best episodes remain true: exposing R. Kelly; questioning Tyler Perry’s empire being founded on allegories where black women are punished for being smart and successful; taking the right-wing’s cooption of Dr. Martin Luther King as a pacifist and not a revolutionary to task.

The Boondocks was a time capsule of being black and smart and angry in the aughts, but it’s still one now. That’s while you’ll find clips of the show still distributed on Twitter, and that’s why I’m including it in this list. Also, it stars Academy Award winner Regina King as both Huey and Riley — the two main characters of the series. You really can’t beat that.

Available (for free) on The CW Seed 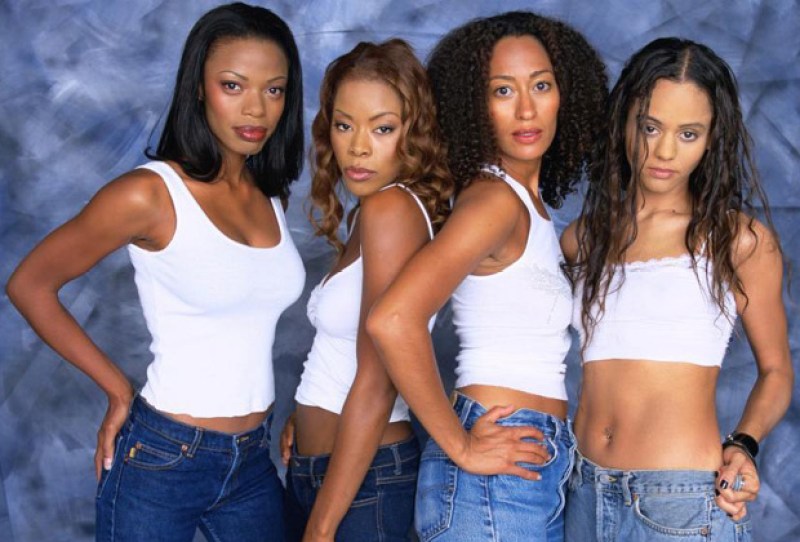 Do you know what you really need to get through this next year? Your friends. Friends who will break bread with you and call you out on your shit and laugh with you. Friends who will hold you while you cry. There has never been a more important time to live your life out loud as the fiercest love letter women’s friendship and sisterhood. Let Mara Brock Akil’s magnum opus Girlfriends be your playbook.

This is a great time to plug — yes this is an article about binging television as a much needed escape, but also get out there and take action when you can. Door knock. Sign up to work an election campaign. Check in on your neighbors. Be kind. The madmen don’t win. We cannot stand idly by and let them.

Carmen has written 304 articles for us.