Like many children of the ‘80s and ‘90s who had the “privilege” of being born male, I was, am, and will always be a gamer. From my early days, I loved peeking into the worlds of Mario, Mega Man and Sonic the Hedgehog. Video games were my escape from the reality that I was just a fat, socially-awkward little boy doomed to be ridiculed constantly by my brother at home and my classmates at school.

Other people perceived me as different. I knew that something was different about me too, but couldn’t entirely pinpoint what it was. The real world shunned me for some reason, which was why I needed a controller in my hand to feel anywhere near normal. The usual assumption of my classmates was that I must be gay. In their minds, if I wasn’t exactly like them, that must have meant that I was attracted to men. For a little while, I just assumed that they were right. Those secret fantasies I had about being just like one of the girls at school must have been proof. Girls are attracted to boys, right?

Having these fantasies – reaching out into another world, much like I would in a video game – must have proved my desire for boys, right? When I was a child, not many video games allowed options to play as female characters. Super Mario Bros. 2 (at least the U.S. version) was one of the few exceptions. I gave every selectable character a chance, but my favorite was always Princess Peach. Was it weird for a little boy to enjoy being a princess? Maybe. But it hardly stopped there. 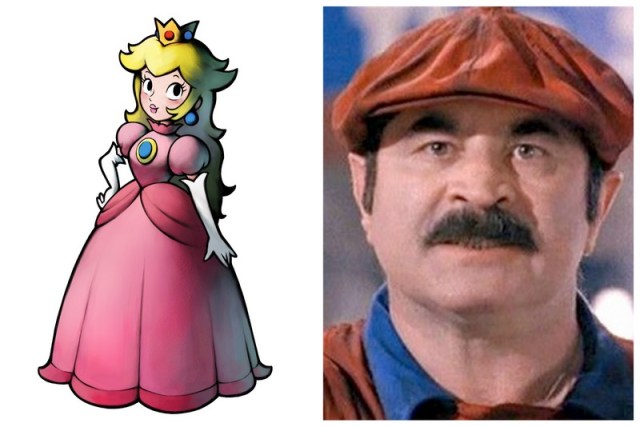 Of course I had friends — I wasn’t an outcast in every social circle. They too liked video games, but I was so much more excited that Pokémon Crystal Version would allow the ability to play as a female character than they were. I couldn’t process why my other male friends didn’t particularly care. Why did I think that it was so cool that Samus Aran from Metroid was female?

I was intent on creating a female character when I started playing Ragnarok Online. I just had so much more fun playing as a girl than as a guy. I could be a guy any time I wanted, but in a virtual world I was free to be someone else. I could act differently and see everything from a different perspective — a perspective that seemed much clearer to me. In Ragnarok in particular – since it was a massively multiplayer online role-playing game (MMORPG) – I was able to take on the role of a sassy girl and interact with others in a way that felt more natural.

Others questioned why I was so intent on playing a female. I was a man, after all, so shouldn’t I have preferred to be a man in a game? Perhaps a manly hero? Unable (or rather afraid) to give the real answer, I simply told them that I preferred looking at a girl on screen for hours on end instead of guy. Now, herein lies a discrepancy. Other people assumed that I was gay, and for a while I did as well. If I really liked men though, my excuse for playing as a woman would have been an obvious lie. A gay male in a similar position would presumably play as a female to better interact with men in game.

Except I wasn’t lying. I did genuinely prefer having a pretty girl on my screen. But that meant that I was straight, right? So was I really “normal”? Most of the rumors that I was gay occurred in middle school. By high school, they mostly stopped – as did my own belief that I was a gay man. The thought of being gay felt like so much of a given that I was actually bored of it. The truth was that women simply interested me so much more.

The idea of playing as a man in any game that allowed me to create my own character bored me. As time went on, the idea of being a man in real life began to bore me as well. In fact, the idea of myself becoming a middle-aged man disgusted me. Yet, I was attracted to women, not men, and only an extremely gay man would ever become a woman, right? That was what I and everyone else believed.

I had to know the truth, but my parents weren’t crazy about the idea of dating in high school, so I had to wait a while. My first date didn’t occur until my senior prom and any possibility of it going normally was destroyed when I found out that she had a boyfriend.

I spent my college years pining for a girlfriend to the point that many women found me a bit creepy. It didn’t help that I was chubby and hairy. I figured that it was normal for any man to be disgusted by the fact that he was covered in thick hair and a perpetual five o’clock shadow that still remained fully visible even after shaving. I didn’t realize that I was the exception. I had some female friends, but they would often go on their girls’ nights out, which would mean that I was left behind.

I was a geek and I didn’t like the idea of hitting on random women in bars and nightclubs. I preferred a series of Super Smash Bros. Brawl matches over going out and getting drunk (as always, playing as Princess Peach). Perhaps that was why I was lumped in with all the beta males who simply wanted sex but had nothing going for them that the average straight girl wanted. I was different from them, though. Sure, I desired sex, but I also had something that I needed to figure out. I spent seven years wanting to find the truth but only ending up with disappointment. Of course, I did extremely well in any video games with dating elements, like Persona 4, but virtual dating and real dating are two very different things. I could master playing as someone else, but as the old cliché of dating advice often goes, I needed to be myself. 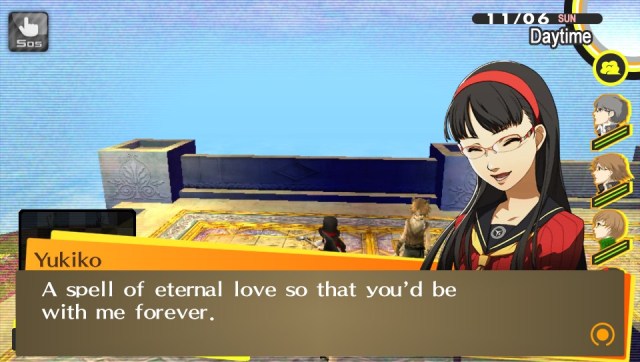 After growing my hair out and giving up all attempts to be like other men, it finally happened. I had my master’s degree by this point and was now teaching my first college-level class. My salvation came from a cute, quiet bisexual junior (not, I should mention, one enrolled in my class) who admitted that she had a thing for me. Finally, I had my chance to figure out who I was.

My time with her was great, but something was off. Did I wish that she was a man? Not in the slightest. I was fine with having her as my girlfriend, but I didn’t feel right as her boyfriend. Secretly, I knew why, but I just couldn’t believe that someone who was transgender could also be a lesbian. It went against everything that I thought I knew. I decided to stick it out in the relationship, hoping that my transgender feelings would go away. They didn’t. She questioned whether we were really a good match for each other and whether she rushed into the relationship too quickly and eventually, she broke up with me.

I had to do something, lest I continued aging into someone I clearly wasn’t. I did some research, and found a number of resources – including articles by Autostraddle’s own Annika – that confirmed what I suspected all along. I did more digging and over the course of months located a therapist, followed by a laser hair removal service, a fertility clinic to cryopreserve possible future children, and an inexpensive clinic that had no problem prescribing hormones. On February 12, 2013, my 26th birthday, I finally had it, that pill bottle with 30 low doses of estradiol, in my hand.

I’ve told a good number of my friends, including my roommates, my parents and my ex. Nearly everyone has been completely cool with it. My mother insists that she sees nothing feminine about me, saying that she can only think of me as her little boy. However, she also says that she will support me no matter what path I take in life. Coming out wasn’t easy, but I’m so glad that even in a southern state like Florida I can be surrounded by such great people who will support me no matter what my gender identity or sexuality may be. I’m not out to everyone yet, though, so I’d prefer not to post any pictures of myself quite yet, but the least I can do is show that as a gamer and a geek, I have some serious style as a woman.

With time, Matthew, who always was a mere avatar genetics forced me to play as, will be in the past and Monica will fully replace him. It took me so long to discover her inside of me because heteronormativity and all the accompanying assumptions about gender and sexuality kept her hidden. Once the beard is finally gone and the hormones take full effect, I’ll finally be able to live as the lesbian I always was to begin with. Video games are still a nice escape, but now it’s time to start living.

Monica is a self-proclaimed “trans lesbian princess” living in Jacksonville, Florida who is still early in her transition. She teaches English to college freshmen and is the self-published author of her action comedy vampire novel, Blood on Fire, which is the result of her hate of all things related to Twilight. She is also a fiend for video games, owning a multitude of systems from classic to modern.

Monica has written 1 article for us.