According to ThinkProgress on Thursday, there’s a new trend showing up in some more Republican state legislatures: allowing college student groups the ability to refuse membership for any reason. Or, as TP puts it:

The bolded section (emphasis theirs) is the important stuff, and where discrimination comes in: all a group would have to do to remove a student is to say that they don’t represent the right “viewpoints.” In a perfect world, this would only serve to hurt serious troublemakers, but as ThinkProgress points out, in execution “this would allow discrimination based on any characteristic, including even race.” Yet, TP indicates that Krause may be motivated by an anti-gay agenda, given his history of legislation. Indeed, any anti-gay religious group could easily make a case that LGBTQ members compromise their mission, and there you have it – the policy ends up being about discrimination.

The strangest thing about this situation may be that Texas is not alone. Tennessee considered legislation a few months ago that “would prohibit state universities from requiring campus religious groups to not discriminate.” And Virginia actually passed legislation with the following language: 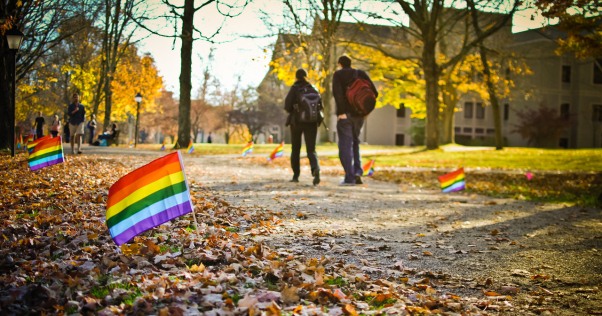 The fact that this seems to be taking off in so many different areas suggests a few things. One is that there seems to be a real fear of LGBTQ students encroaching on “their” spaces. That fear is obviously silly – why would a queer student waste time “spying” on some Christian group that doesn’t want them? This is college, not third grade – but in a broader sense, LGBTQ people have been making inroads in various previously closed-off areas of American society, like the institution of marriage or the military. To a conservative who sees homophobia as “traditional values,” that can seem like encroachment on their “traditions” or “way of life.” That twisted “logic” is ultimately just a demonstration of how prejudice can warp one’s reasoning, but it does explain why this tactic is so popular for people with these prejudices.

The other explanation is a more pragmatic one: this is a round-about way to achieve the deeper conservative goal of LGBTQ exclusion, basically making it as hard as possible to be LGBTQ anywhere, presented in the most palatable way possible. If they can just make it about “religious freedom” and about “conscience,” they can get more people on board. Even a lot of people who are for LGBTQ equality might be okay with letting an anti-gay Christian student group be anti-gay, so long as they keep it to themselves.

But there’s the rub: by nature, they are not “keeping it to themselves.” Not when it comes to colleges. The real problem here comes from the fact that these universities are required to continue funding these groups, which essentially means that the students excluded from them are funding their own discrimination with their tuition fees. Even if literally all the university is giving them is a room to sit in, or a quad to protest on, maintaining those buildings still comes out of students’ tuition. This is why the ACLU, far from seeing the matter as one of religious freedom for anti-gay students, has taken sides against these kinds of bills. 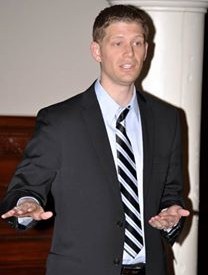 If the university if public, they’re also using taxpayer money. This is why public K-12 schools generally aren’t allowed to do much more for religious student groups than give them access to the same bulletin boards as other groups and let a faculty member babysit (but not take any active part in the club). But the very nature of colleges compared to high schools makes that difficult at the former. Either way, though, taxpayers should not have their money used to further discrimination.

And ultimately, no matter how much some anti-gays may tell themselves that this is just about individuals, not about pushing their ideas on everyone, it does promote a special kind of inequality when you find that you are being forced to be complicit in it, simply by paying tuition fees It says a lot about the status of the LGBTQ community that we are once again expected to just put up with it and fork over our money in the name of someone else’s – but clearly not our own – “religious freedom.”