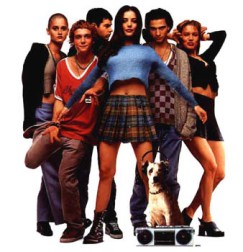 This Saturday – April 17 – is Record Store Day, an international celebration of the art of music. It’s the one day per year that independently-owned record stores across the globe partner with local artists to remind the community of the importance of record stores on the music landscape. It’s such a worthy occasion that at Autostraddle, we want to celebrate it too.

There’s no doubt that the digital age has done wonders for music – mp3 players & the internet have made music more affordable and accessible than ever before. But there are casualties and as music lovers, some experiences and traditions we should fight to hold on to. Your Mac might let you buy an album with a click of a button, but it won’t let you run your fingers over its lyrics and liner notes. Your iPod won’t let you lose yourself in the costumes of the Sgt. Pepper’s Lonely Hearts Club Band, or play the White Album backwards to see if Paul really died.

So this Saturday, let’s switch off our iPods, close the lids on our laptops and go and support our local record stores, and the musicians and people who keep ’em running.

There’s no feeling quite holding an actual record or album in your hand. And similarly. there’s no feeling quite like walking into your local record store and thumbing through the racks, asking the often cool-as-f*ck girl or guy behind the counter who your next favourite band is going to be and appreciating that somehow they always know.

So this Saturday, let’s switch off our iPods, close the lids on our laptops and go and support our local record stores, and the musicians and people who keep ’em running.

A number of exclusive Record Store Day vinyl and CD releases are available at select participating stores. Highlights include – 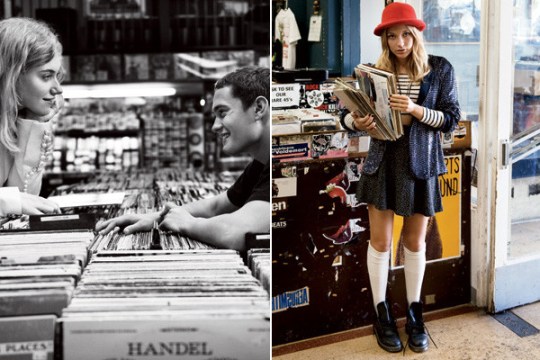 These are just a few – be sure to check out the full list of RSD releases. What’s more, artists like Slash, Jonsi, Frank Black, Against Me!, Alice In Chains, Andrew WK and many more are appearing or performing at various stores. Not all stores are participating or have artists performing, so make sure you check out the schedule on the RSD website.

To celebrate this event, we thought we’d take a sentimental look back at the first vinyl records, cassettes or CDs that we purchased from our local record store, ’cause looking back is fun.

In the wise words of Rob from High Fidelity, “sentimental music has this great way of taking you back somewhere at the same time that it takes you forward, so you feel nostalgic and hopeful all at the same time.”

We’ve listed our first and most recent record store purchases below, and think you should too. 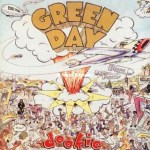 FIRST: The first time I ever walked into a record store, I bought two CDs – Green Day’s Dookie and Nirvana‘s MTV Unplugged from a HMV in Sydney. I was 13 years old and so proud of my purchase – Green Day in particular – that it was the only music I was interested in listening to for the next 3 years. And maybe also the next 13 years. During my teens that record was everything to me, it got me through a lot hard times.

LAST: I recently had this weird craving to listen to this awesome jazz fusion drummer, Dave Weckl, and so I trekked around Sydney until I found a fine music store that stocked his stuff. It took a whole day but it was totally worth it. I purchased two of his CDs – Transition and Live (& Very Plugged In). 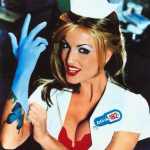 FIRST: The first CDs I recall purchasing at a record store were Limp Bizkit’s Significant Other and Blink 182’s Enema Of The State. I was entirely under the influence of my older cousin, and bought them from a Tower Records at a mall. Though I was only 12 at the time, it’s amazing how those two albums influenced my taste in music for the next decade. I’m not ashamed to say that since that first purchase, I have seen Blink 182 in concert on 4 separate occasions. No, I’m no longer a Limp Bizkit fan, but I’ll listen “N 2 Gether Now” any day.

LAST: After seeing Baltimore two-piece Wye Oak play Tiny Desk Concert, I bee-lined to the record store after work and purchased The Knot from Melody Record Shop, my favorite DC music store. I couldn’t have been happier with my impulse buy. I’ve had The Knot on repeat for weeks and and was lucky to catch another amazing live show this past month.

FIRST: I was one of the last kids I know to switch from cassette to cd (I know right? I’m such an early adopter now!), so once I had finally secured a cd player I went to the record store and bought… The Presidents of the United States of America‘s self-titled first album. Yup. Explains a lot.

LAST: I really only download music anymore. As a DJ I’m constantly trying to stay on top of new songs and remixes, so most of what I’ve gotten lately has been that. I also get lots of cds free at work (the last one was Goldfrapp’s amazing new album). As for the last full album I actually purchased, that was probably Our Lady of Gaga’s Monster Ball on iTunes. 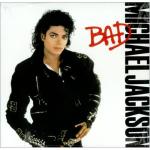 FIRST: Ah, the year was 1991 and all I wanted for my 9th birthday was the cassette tape of Michael Jackson’s Bad. Totally obsessed with “Dirty Diana.” The first cassette tape I purchased myself was Madonna’s Erotica, the following year. You can imagine how happy my mom was.

LAST: Since 2001 I’ve had a rule to only physically purchase music by Madonna, Justin Timberlake or Eminem. However, I did break that rule this fall when I bought Lady Gaga’s The Fame Monster. Gaga has really been the only musician since the 3 listed above I consider a true artist, so I’m inspired to financially support that. 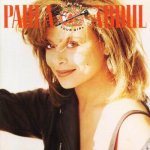 FIRST: When I was six years old, I bought Paula Abdul’s, Forever Your Girl, at a Tower Records. I listened to it and learned all the dance moves for the song, “Cold Hearted”. Subsequently I was kicked out of ballet because of those dance moves.

LAST: My ex is a huge fan of Lizz Wright. To try and win some points with her, I ventured to the Amoeba store in LA and bought her latest album, The Orchard. The album ended up being better than the ex. 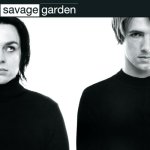 FIRST: My first CD/album is embarrassing? Yeah… it was Savage Garden‘s self-titled album. I bought it from the music store in the mall when I was 11. I seriously must have listened to “I Want You” like 3,000 times in my life. I still love “To the Moon and Back” from that album cause it’s awesome and underrated and has certainly stood the test of time. Just saying. Also, off-topic: I remember that Darren Hayes‘ androgyny on the album cover confused but totally intrigued my 11-year-old self in a way I didn’t understand until 10+ years later.

LAST: It’s sad to say that I really can’t recall the last album I physically bought in a music store, but my guess would be No Doubt’s Rock Steady. It was released in 2001, and I was 16 so there’s a good chance I was hanging out at the mall again and bought it there. I was a huge No Doubt fan and the cover art for this one was awesome. Remember how with real CDs you bought in the store you’d get the cool lyric booklet with it? Those were the days!

FIRST: The first CD I ever bought myself was Ace of Base’s The Sign. Remember when Stephanie Tanner was in a talent show at the Smash Club and her band sang “The Sign”?!?