On the latest episode of CBS’s Two and a Half Men, Jon Cryer’s character, Alan, met, slept with and started dating a new character, Paula. Paula, played by cis actress Paula Marshall, also happens to be a trans woman, and that is one of the driving narratives of this episode. While both CBS and this show have been notoriously problematic in the past (and other CBS shows have specifically failed in their portrayal of trans women), this episode received praise for its “respectful” portrayal of a relationship between a trans woman and a straight man. However, even conceding the fact that “not once was (Paula) called a man, nor were any transphobic slurs used at any point during the episode,” this episode was still filled to the brim with insulting “jokes” and problematic lines directed at the expense of not only the character of Paula, but all trans women who might see, or even hear about, the show.

I think it’s important to point out that Alan’s very first interaction with Paula was predicated on him pointing out several times that he’s straight. The writers wanted to make sure that we, the audience, didn’t think that they were saying he was gay. They basically were saying, “Now we know he’s about to sleep with a someone who used to be a man, but don’t worry, no homo.”

This show has a laugh track, so there’s no ambiguity about how it wants us to react to certain things. When Paula comes out to Alan after they sleep together, many members of the studio audience laugh. They actually laugh. They treat her telling Alan that she’s trans as a punch line. Many more of them also “ooo” and “ah,” as if this is an episode of the Jerry Springer Show. If that’s not sensationalizing transness, I don’t know what is. Don’t worry, it doesn’t stop there. Next, Alan starts asking her multiple questions about her genitals. Seeing as they just slept together, this is somewhat understandable, however, focusing on a trans woman’s genitals is also a grossly overused trope. The real kicker comes when Alan asks if her Gender Confirmation Surgery is permanent, saying, “you’re not going to sneeze real hard and suddenly I’m dating a dude?” So, he doesn’t call Paula a man, but he insinuates that if she still had a penis, she suddenly would be. One small step for a trans woman, one giant leap back for trans womankind. 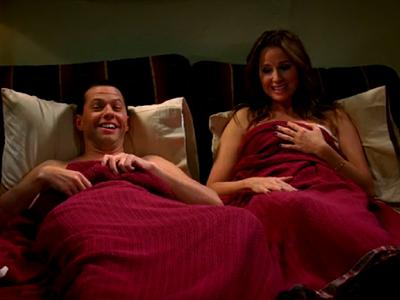 The next morning at breakfast, Ashton Kutcher’s character is recounting his “crazy night” spent taking his date to the emergency room not once, but twice. At this, Alan promises that there is no way that that night was as crazy as his (because nothing’s crazier than sleeping with a trans woman, am I right!?). When the others ask him what was so crazy, he proceeds to OUT HIS GIRLFRIEND TO PEOPLE SHE DOES NOT KNOW. In case my excessive use of caps lock wasn’t clear, this is not okay. Not even a little bit. Ashton Kutcher responds to this with a barrage of “respectful” quips including “I can’t believe that you would… well then again, it is you” and “How did it work, like where did it go?”

The article also praises the show for including the line, “You’re going out with a post-op transgender person without any judgment? Very enlightened.” Which, let me tell you, every woman wants to hear that about someone who wants to date her. What exactly is enlightened about a straight man going out with a woman who has a vagina? Do they really have to point out again that she’s post-op? We already know that from the extensive conversation Alan and Paula had and the several jokes characters made about her surgery. When the two do go on another date, the entire scene is filled with jokes about her being the “man” in the relationship, whether that’s her paying for snacks, holding a door for him or giving him her jacket when he’s cold. 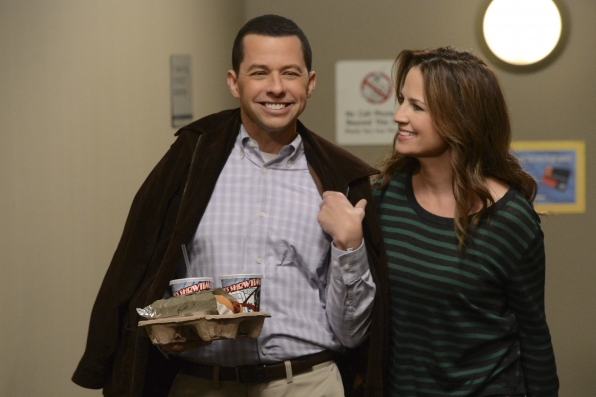 There’s also the simple fact that she’s not played by a trans woman. Elementary and Orange is the New Black should have shown Chuck Lorre that you can definitely find super talented trans actresses to play your trans characters. Were they worried they wouldn’t be able to find one who “passes” well enough to make it believable that Alan would be “fooled?” I don’t have any problems with Paula Marshall, she’s a fine actress, but she isn’t trans.

Now, I totally understand latching onto any and all representation that has any positive aspects. I mean, I still watch Glee every week just because it has both a lesbian Latina and a plus size trans woman of color. But I don’t pretend that it’s respectful. When they had an episode centered around Unique trying to use the correct bathrooms at school and the show’s solution was for her to be able to use the teachers bathroom, I didn’t celebrate. That is a garbage compromise. And it stinks. The fact that she isn’t forced to use the men’s room or a port-a-potty covered in question marks doesn’t automatically make this a win. She’s still being treated as something other than the girl she is. Similarly, just because Paula wasn’t called a man or a slur, doesn’t mean the show treated her well. It still wanted us to laugh at her, be shocked by her and to view the entire situation of a straight man dating a trans woman as something funny enough to be the premise of a sitcom episode.

I will admit, there were some positive things about Paula’s storyline. Alan didn’t completely freak out when she told him, in fact his response was one of the better responses I’ve seen on TV. He also continued to want to date her after she came out, he even liked her more and more as the episode went on and he learned more about her. But that doesn’t make up for the rest of what happens. This was my first time watching Two and a Half Men and it will probably be my last. Treating a trans woman with the very bare minimum amount of respect (and I’m not sure if it was even that much) and having Amber Tamblyn play a lesbian are not enough to win me over. Come on Amber, you were Joan of Arcadia! You’re too good for this show! 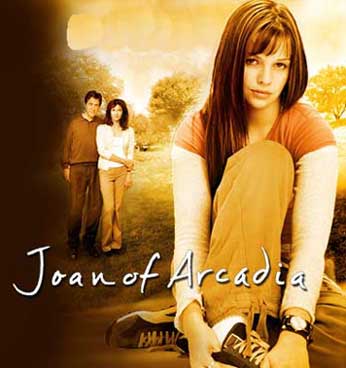 Back in the good ol’ days of her career.