What did we ever do to deserve Cara Delevingne? Her romantic misadventures have been a beacon of hope, or something, in a dark cruel world for as long as I can remember.

On Saturday, Cara and her Pretty Little Liars alum partner Ashley Benson were apparently wed at the Little Vegas wedding chapel in Las Vegas by an Elvis impersonator, specifically this one (left): 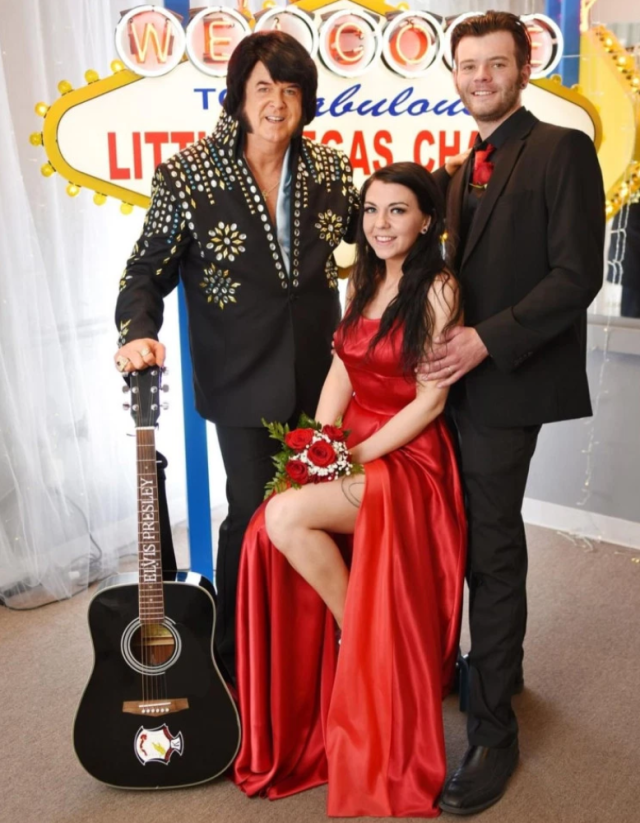 After the ceremony, the pair reportedly retired to their honeymoon suite at the hotel, where they may or may not have enjoyed various items of furniture.

Mazel tov to the happy couple!!

UPDATE: Maybe these two didn’t get married after all??? Is this just like when Cara maybe proposed to Annie Clark atop the Eiffel Tower? This is a very depressing day for news, please let us have this one thing!!!!