I’m going to warn you right off the bat that this article is biased. Completely, utterly, 100% biased against Bill C-38, the Conservative government’s budget bill that was passed mid-June. But before we get to my great big bias, let’s take a moment and get properly introduced to the Bill. First off, Bill C-38 is kinda like a nickname; and Bill’s actual name, which is the “Jobs, Growth, and Long-term Prosperity Act,” sounds nicer, don’t you think? I mean, who doesn’t want jobs, growth, and long-term prosperity? 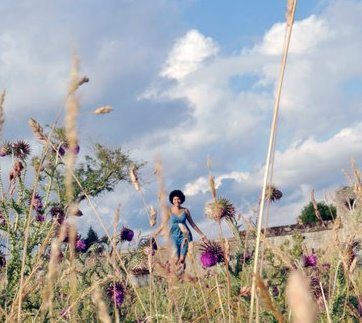 This is how I like to imagine I’d feel on ‘jobs, growth, and long-term prosperity.’

I certainly do! I’m raising my hand, waving it side to side like an eager student of Prime Minister Harper’s policies: “Oh my god! Please! Could you pick me for the jobs, and the growth, and the long-term prosperity Mr. Prime Minister?” Harper looks right past me. What the fuck, I think. I’m always raising my hand, trying my best at this class participation thing otherwise known as democracy, and he never even looks my way. Am I too much of a visible minority for his liking? Too female? The Prime Minister points to the middle-aged white man sitting at the back of the class folding hundred dollar bills into missiles – he’s a weapon’s manufacturer, you see. “I would like to offer the jobs, growth, and prosperity to you,” Harper tells the man, “and also to you,” he points to another middle-aged white man. This one’s not even paying attention but instead is playing with his model oil rig set. I sulk in the corner and post anti-Harper status updates on Facebook.

Now here’s why I’m biased: unlike the growth being offered to, say, the weapons manufacturers or the oil companies, the growth being offered to people like me is the bad kind. Like a wart. With a hair sticking out of it. Gross. You see, being a fan of things like women, healthcare, minority rights, employment equality, the environment, etc. just makes me amazingly, supremely biased against Bill C-38. You should be biased too if you: are a woman or like women; are a Canadian or like Canadians; are Aboriginal or like Aboriginals; and are a fan of things like healthcare, minorities, and the good old, “equal work for equal pay.”

There’ve been many articles in the media (or at least the Canadian media) about how Bill C-38 is incredibly bad for the environment because, well, Bill C-38 is to the environment what an angry fist is to a nose – a punch in the face: the Fisheries Act is severely weakened, endangered species protection has been pushed off the government’s agenda, the Kyoto Protocol Implementation Act has been effectively killed , and I could go on, but I won’t because there has been a lack of good old fashioned feminist analysis on Bill C-38, and it’s about time we did something about that.

1. Bill C-38 does not like Fair Wages and Employment Equity:

Once upon a time, in a Canadian land far from the reaches of the wicked Harper, there was something called the Fair Wages and Hours of Labour Act. This Act had been around since 1985, and as its name states, its purpose was to make sure federal contracts pay fair wages and overtime. You would think an Act in favour of fair wages and working hours wouldn’t offend anyone; but apparently Harper isn’t a fan. I guess with these tough economic times it’s just too expensive to treat people fairly, but as far as comprehensive reasons go, I’m grasping at straws here. There really was no explanation given for the repeal of the Act. The Bill simply says, The fair Wages and Hours of Labour Act” is repealed.

“What exactly is a fair wage?” you may be asking. Obviously, it varies depending on your cost of living, but it shouldn’t vary according to gender. I’ve even heard self-described non-feminists say, “I’m no feminazi or anything, but you know, I do believe men and women should get paid equally.” “Do you?” I will say next time a woman who’s a Not- A-Feminist-or-Anything says this to me. “Well, Harper doesn’t!” With Bill C-38, Prime Minister Stephen Harper has taken the notion of equal pay for equal work, and to use legal terms, has amended it. That’s right, the Employment Equity Act has been amended. The Employment Equity Act came about in the mid 80s and exists (or should I say existed) to promote equality in the workplace, and seeks to correct conditions of disadvantage experienced by women, aboriginals, people with disabilities, and visible minorities. Thanks to the amendments to this act, federally-contracted employment sectors no longer have to worry about whether they have discriminatory hiring, promotion, and pay practices.

There’s a huge problem in Canada — women, especially Aboriginal women, are going missing, and not much is being done about it by police. Luckily there are a number of organisations in the country marching, speaking up, and otherwise advocating for these women. Unluckily, the current government does not see these women as important, as the funding for many of these organisations, such as the First Nations Statistical Institute, the Native Women’s Association of Canada, and the National Aboriginal Health Organization has been cut. 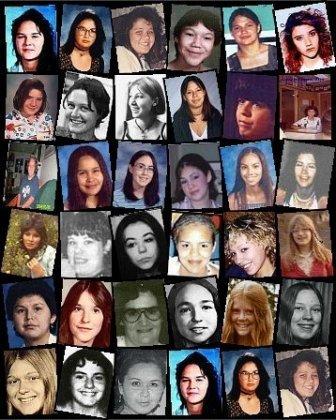 Let’s talk about health for a minute, okay? Not only are Aboriginal women more likely than non-Aboriginal women to go missing, but they are more likely to live in poverty, suffer abuse and disability, and be afflicted with diseases such as diabetes and tuberculosis. The suicide rate for First Nations citizens is six times higher than the national average. I don’t even want to know what the suicide rate for queer Aboriginal women is. With these depressing statistics, you would think the government would recognise the need for the National Aboriginal Health Organization, which, since it was founded in 2000 has participated in crucial research and outreach on suicide prevention, tobacco cessation, housing, and midwifery. But it doesn’t.

And for some more depressing news on health cutbacks, the Bill has cut funding to the Canadian Women’s Health Network, a volunteer-run organization whose mission is to “improve the health and lives of girls and women in Canada and the world by collecting, producing, distributing and sharing knowledge, ideas, education, information, resources, strategies, and inspirations.”

I am all for improving the health and lives of girls and women in Canada, but I recognize that at least Canadians have access to free healthcare, unlike, say, refugees. That’s right, the Conservative budget has cut funding to the Interim Federal Health Program, which provides healthcare to refugees while they await to see if they will be granted asylum in Canada. 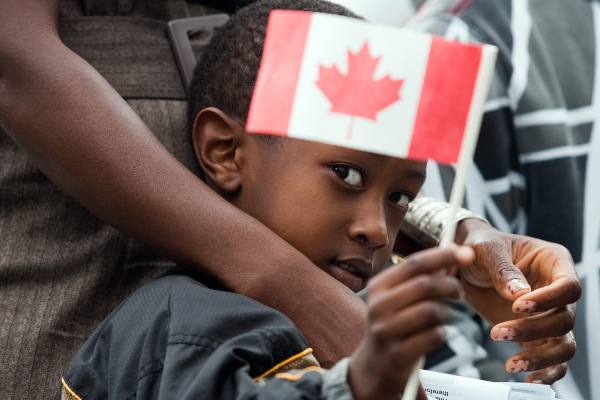 Bill C-38’s budget cuts are not only an affront to your feminist sensibilities. The Bill also spits on the face of democracy. In a proper democracy, amendments to environmental legislation, healthcare, Aboriginal organizations, and refugee care are brought up and deliberated on an individual basis. This makes it easier for the population to keep up with what’s going on and consequently, have a say in the decision making process. It also helps each amendment get the research and attention it deserves. Never before in Canadian history have so many laws and regulations been altered in one go. Bill C-38 is over 400 discriminatory pages long. A federal budget bill should never be that long – especially in a reputably democratic country. In one of her articles criticizing the Bill, Elizabeth May writes that democracy is not a constant state of affairs. It can be won and it can be lost. Like anything, it can change. Having the right to vote, free health care, and legalized same-sex marriage is not an excuse for Canadians to get too comfy in their democracy. We have to pay attention to what’s happening under the current Conservative government. And as queer people who care about women and minorities, we need to be aware and infuriated about what’s happening in Canada.