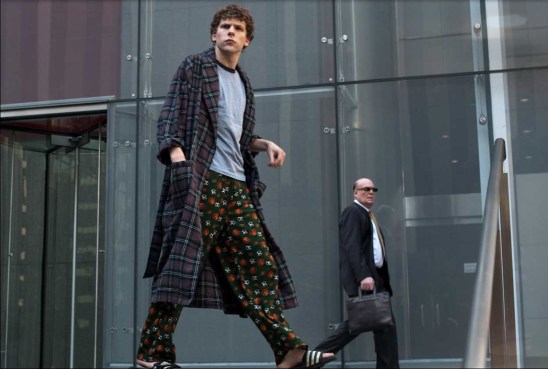 “In recent weeks I’ve gotten a handful of notes from people letting me know that something or other is up with websites they work at or run,” writes John Herrman at The Awl. The thing that is “up” is that traffic is down. Specifically, he’s heard from writers at Conde Nast and Hearst, but we’ve noticed this too — when we compare our traffic to similar sites on Alexa, everybody seems to be suffering a collective decline, even sites with enormous buzz and reach. We’ve had to work much harder than usual to meet or exceed our daily traffic goals (100k views/day) for the past two months. Gawker has recently been very open about the plateauing of their traffic, and writers recently got a memo from John Cook urging them to write faster and better, to write posts that “add new information, research, reporting or ideas to the topics they address,” and to write earlier in the day and to show up to work on time.

Herrman got Newswhip numbers that showed even Huffington Post and Buzzfeed getting fewer Facebook shares in August than they did in July  — and those are sites that have a paid reach, too! Nobody is sure why, exactly. Facebook Instant has had a rocky rollout, but that feature isn’t going to help publishers like ours who aren’t a part of it in the first place. Plus, Instant Articles are hosted on Facebook, so they wouldn’t be driving traffic to anybody besides themselves. Herrman asks a lot of questions none of us know how to answer but all of us should be thinking about. He talks about all the various platforms that are angling for their position in the content-hosting game and the takeaway is mainly none of us really know what is happening or why it’s happening or when it’ll get fixed or what it all means. But he does know this:

“From the margins of the platform, the transfer of attention from publications to platforms, and the platforms’ sudden desire to do something with this attention—out of a sense of responsibility? opportunity? not need, yet, but a prediction of need?—seems especially perverse.”

Reading that everybody’s noticed the change we noticed over the past few months is immensely comforting, as like with most things, we assumed we were just doing something wrong. Luckily, for a site like ours that pays its bills with reader support moreso than with ad revenue and which has always been aware of its finite traffic reach (international numbers are hard to nail down, but just looking at America — even if literally every American LGBTQ woman read Autostraddle every month, we’d still only get half the hits Jezebel does in this country), traffic ups-and-downs don’t impact our revenue quite as severely as they do for other sites, but it’s still frustrating that some posts that felt like slam dunks didn’t get the social media traction we expected and many potential readers aren’t even aware of the amazing stuff we’ve been putting out (like Witch Hunt!) ’cause it hasn’t gotten enough facebook likes/shares/comments (1k seems to be the magic number) to show up in their feeds.

Like Herrman wrote, it’ll be interesting to see how this plays out — not just whatever it is Facebook has done to impact everybody’s traffic in this way but also the future of Twitter Moments, Notify, and other platforms trying to woo publishers away from their own. It’s unsettling, though, every reminder that social media platforms have a stronger impact on our success than the quality of the work we produce.

In the meantime we’ll just be sitting here on WordPress writing about women who fight with their girlfriends over how much ice to put into a glass.

+ Playboy is dropping the nudie judies and debuting a “cleaner, more modern style” ’cause now you can find naked girls on the internet everywhere all the time if you want to! Apparently getting rid of nudity on their website last year made it so the average age of their reader dropped from 47 to just over 30 (probably because their content became more accessible in general, too and wasn’t just another Maxim). But Quartz says the move is just a way of cleaning up their image in countries like China and India, where they get a bulk of their revenue, mostly through licensing.

+ Condé Nast has acquired Pitchfork Media and promises they will not change a thing about it because they are big big fans of Pitchfork. But nobody really wants to talk about that because the weirder thing that happened is that Condé Nast described Pitchfork as a publication for “millennial males.”

+ ESPN had this idea that they’d create this place called The Undefeated and it would be like “The Black Grantland” but ESPN was just way too ESPN to make it actually work.

+ The New York Times has created an “Express Team” which they say will “tackle the types of stories that are going viral on the web.”

+ On the triumphant return of the e-mail newsletter! We’re working on one, too. Also, according to one human, “no one cares about traffic anymore. Everything is so divided up — you’ve got your blog, then Facebook, Instagram, Pinterest.”

+ When Google Accelerate Mobile debuts, will the race for a mobile web kill off small publishers?

+ Uhh, so the NFL doesn’t want news outlets using NFL footage to make gifs … which promote their NFL games? So they kicked Deadspin off twitter? Is the NFL poor? I feel like the NFL is doing okay and stupid gifs only enable them to do even better. Who is in charge over there, this is dumb.

This Business of Online Media Money

+ Top publishers talk about native advertising headaches and the struggles they describe are so real: namely, advertisers insisting on measuring impact through metrics that don’t really tell the whole story (like direct sales via outclicks).

+ Onion Labs, a Chicago ad agency offshoot of The Onion Inc devoted to creating ads for companies like Dove and MTV, is doing well, but not well enough.

+ A YouTube star makes some kickass paid content and the fans who are blocked from seeing it for financial or geographical reasons don’t illegally download it ’cause they understand why he’s gotta make paid content in the first place. That’s pretty cool.

+ Medium is partnering with publishers including The Awl and Fusion which means that “you’ll see them using [medium’s] new tools to drive discussion around exciting original and distributed content initiatives.” This will also include more native advertising opportunities! There is also a new logo, about which John Overholt says: “With the new logo, Medium seems to really be embracing its identity as WordPress for venture capitalists.”

+ Stephanie Foo of This American Life with advice on finding, hiring, retaining, promoting and fostering people of color if your workplace is way too white. And, for creatives: how to tell stories that POC want to listen to (and the danger of telling a single story).

+ A legal primer for journalists from the Columbia Journalism Review.

+ The New York Times hosts a conversation on how the news media should be covering mass shooters.

+ Counting how many people are killed by police each year is really hard to do, but if everybody does it, can we get closer to the truth?

+ The Columbia Journalism review is switching its print edition from bimonthly to two special issues a year.

+ Philadelphia City Paper is closing down.

+ The New York Times is doubling down on subscriptions and hoping to double its digital revenue.

+ The Village Voice was sold to Peter D. Barbey, “a scion of one of America’s wealthiest families with a long history in newspaper publishing.”

This Business of Tech

+ Snapchat, an application I still do not fully understand, has shut down the original content channel it apparently created.

+ Hey so I’m not sure if you’ve heard about this, but it turns out that tech is ruining San Francisco. And no other cool city wants to be the next San Francisco.

+ Twitter fired 300 people (which came as quite a shock for one of its remote employees) and is hoping for a major comeback. Here are five things Quartz thinks it needs to focus on first.

Businesswoman’s Special: Advice on How To Work Better

+ Tips on Adjusting Your Career Arc to Fit Your Family Life

+ What your small business can learn from Disneyland

+ Tips from an introvert for networking at conferences

+ 8 Warning Signs That Probably Mean You Should Fire an Employee