Go Forth And Transgress Bravely

There’s something about buying underpants in particular that always make me feel extra self-conscious. People read me 50/50 as a man or a woman, which means I’m never sure how I’m coming across. If I’m buying sports bras, I get worried that people think I’m some kind of weird man buying women’s underpants or conversely will be profoundly aware of the weirdness of how I do “woman.” If I’m buying men’s underpants, I worry they’ll think I’m a freak for wearing them. I’m constantly stressed that someone, somewhere, will find something wrong about what I’m doing and want to talk with me about it.

At this point in my life, I shop pretty exclusively in the men’s section for all of my clothes, and for the most part I’ve gotten over the “oh no, they’ll think I’m an imposter” nerves. But there’s something different about underwear – it’s so intimate, so particularly foundational – that makes me feel extra visibly queer. Buying men’s underpants isn’t just about packaging myself to the outer world; it’s admitting how I package myself to myself and my lovers. It freaks me out a little sometimes.

And I know it freaks all of you out, too, based on the results of the dapperQ underpants survey. Having to deal with underpants judgement – getting caught in an underwear department other than the one you were assigned at birth – was cited almost universally and even quoted sometimes as a reason people make underpants decisions aligned with their birth gender assignment. This is a fear I think most of us who are doing gender differently than the way we were assigned at birth carry around: the fear of getting busted. The fear of being affirmed as a freak or something not-normal is a powerful one. I’ve gotten pretty good at squaring back my shoulders and buying my tighty whities, but even when I’m being read as a dude and therefore getting a pass on the underpants, I’m constantly worried that I’m one second away from some kind of scorn – god forbid I open my mouth to say hi to the sales clerk.

I try my best to embrace this and feel strong in it, not let it control me and feel lucky that I stand on the shoulders of all the masculine-presenting FAAB people who took a lot more shit than I do for the underpants they chose to wear. As one of our respondents put it: “It was initially hard because although I had been buying clothes in the mens dept for a while (im a dapper queer lady), getting underwear felt like another line to cross. I finally did it, and haven’t looked back.”

I mean, we’re all in a struggle – even those of us who aren’t struggling in this particular way – between our shame and our desires. And this is a queer blog – so of course I am going to say things like DESIRES SHOULD ALWAYS WIN and GO BRAVELY INTO THE SCARED PLACES. You can stop reading here if you just want some affirmation, but I want to go on. 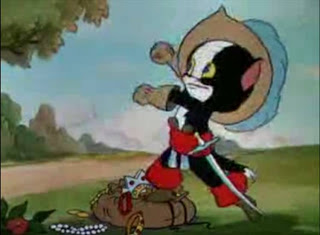 Robber Kitten fights for their rights!

I want to go on because I know that courage isn’t easy and sometimes it’s easy to lose sight of that. Sometimes all this is exhausting. Given the comments and the way they focused on underpants transgression fatigue, sometimes – or even all the time – it’s a matter of weighing the risk vs. the reward. We’re all constantly working through our own shame and anticipations of bad responses and sometimes it’s just too much to deal with. Sometimes in the end certain transgressions just don’t feel right. Sometimes it’s Tuesday and you got the stink-eye in the gym locker room.

So yes, go forward and be brave and wear the underoos of your dreams. Put your head high and wear whatever the eff it is you want. Push your growing edge. But also, don’t give into that particular queer pressure to GO ALL THE WAY, unless, of course, you want to. I don’t want everything I’m writing to create some kind of tension for the people who are making different choices. I don’t want to add to what I know can be a real cock-off regarding who is the most very most masculine of all in all their choices. Courage isn’t just about swaggering up to the men’s underoos counter and getting a jockstrap that you wear with a hard pack every day of the week. It’s about standing on your own two feet and feeling good about the choices you make.

So experiment. Have fun. Figure out what works for you by taking the long way, making funny choices. Don’t give into the weird kind of pressure we can sometimes impose on ourselves. To quote Mister Rogers – an icon of a certain kind of masculine-of-center fashion if there ever was one – we like you just the way you are. 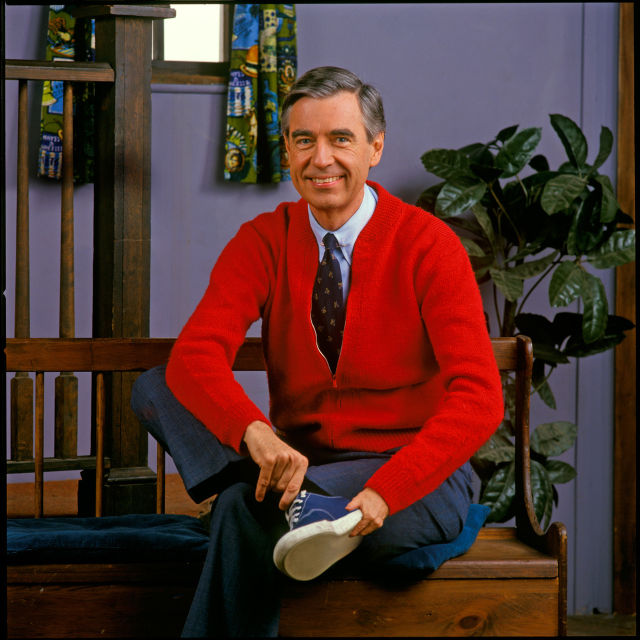 I was about 19 when I came storming loudly and publicly out of the closet. I was at that stage of queer adolescence where one can be both awkward and slutty at the same time, I was at my first New York City Pride, and I think I was a little bit drunk off what was likely an unpleasantly warm vodka drink stowed unconvincingly in a Tropicana bottle. As was in fashion for me at the time, I had lied to my parents about my location and in that moment, surrounded by topless women in the middle of Washington Square Park, I did what any semi-inebriated and fully excited new queer would do:

I took off my pants.

and handed out autostraddle fliers

I didn’t realize in that moment that the Removing of the Pants would become my own personal Pride tradition, but it did. My underwear wasn’t particularly masculine-of-center at that point, but then again, neither was my identity. I wore black-and-white striped Victoria’s Secret boyshorts  with a studded belt, because who even cares about belt loops when you’re not wearing pants?

I took off my pants the next year, and the year after that, both in red American Apparel briefs. I stripped down to those same briefs for this Autostraddle article, though I can’t really remember why. That Halloween, I wore a baseball jersey with the now-retired UO buttonflys. Just last month, I donned a football jersey and a pair of grey Hanes boxer briefsto commemorate the Super Bowl, an event that I could not possibly have cared less about (except for you, Beyoncé, but that goes without saying). 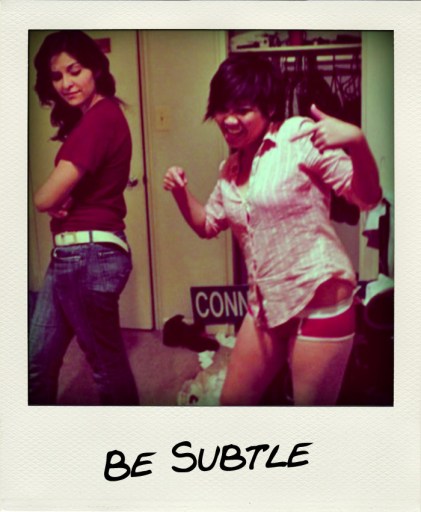 Masculine-of-center is a term that took a long time to resonate with me not because of the things it was, but because of the things that I thought it wasn’t. I felt like I couldn’t have nice things. Or pretty things. Or sexy things. Being MoC, I spend a lot of time being covered up – my whole torso lives under a binder, and in the summer, my shorts tend to be on the longer side, and I love all those things. Running around with my ass out isn’t a break from that, it’s a part of it. It’s a secret accessory, only to be broken out on special occasions.

I don’t know when my next pantsless romp will be. Maybe I’ll finally start my career as a male stripper. Maybe I’ll be dancing on a table. Maybe I’ll be staring wistfully at the sea. But whatever the occasion is, I’ll probably go with my two latest choices.

I’m an American, and TopShop is a European brand with only a few stores in the US which makes me feel like I’m snugly hugging the curve of fashion. TopMan is gigantic men’s department that I highly suspect caters intentionally to “female bodies,” as evidenced by sizes that run down to XXS and by the fact that they’re usually playing something like The Blow or Tegan and Sara – only in the men’s section – every time I go into the store. The boxer briefs, labeled “underwear,” as they only have one style, are fitted but not too tight and sit a little bit above mid-thigh and the band is thick, meaning it won’t let itself get folded over by your girl hips. The black shorts with the gold band are good for feeling like an actual boxer.

Just like most giant corporations, Urban Outfitters is, like, pretty problematic, but I want to subvert the gender binary in a store that actually cares about the way men’s asses look, and UO has a pretty generous men’s accessories section. The trunks are short and tight and come in patterns ranging from bicycles to dinosaurs to hot sauce bottles, but I don’t prefer them for outdoor usage since they seem – this is going to seem ridiculous – a little too underwear-y. The solid or colorblock trunks are a good choice for public display since they just look like extremely small shorts, and – this might also seem ridiculous – the bright colors will be great for the spring.