Hey queer book nerds! Don’t forget to keep the Ask Your Friendly Neighborhood Lesbrarian queries coming! Email me at stepaniukcasey [at] gmail.com or tweet at me @canlesbrarian. Today:

Love your column. Do you have any recommendations for books featuring Asian and Pacific Islander lesbians? For example, I’d count Huntress by Malinda Lo, I Can’t Think Straight by Shamim Sarif and Scale Bright by Benjanun Sriduangkaew. But that’s all I got… There’s quite a few books where queerness is a veiled mention (looking at you Disappearing Moon Café), but I’m not looking for that. I want my queerness to be blatant, dammit!

Angela, I would love to find you (and Autostraddle readers) books with Asian and Pacific Islander lesbian characters! I feel you on wanting the blatant queerness. I remember Disappearing Moon Café — a sweeping multi-generational novel about a Chinese Canadian family by Sky Lee — being great, but don’t recall anything queer. I’m glad it’s not just my bad memory! But not to fear, because there are plenty of books with out and proud queer Asian and Pacific Islander ladies that you will not forget.

I’m excited to introduce these books with API queer women, both for API queer women looking for mirrors of their identities and experiences and for other readers who can look through a window into different queer lives. If anyone hasn’t read the books Angela mentioned, definitely check those out too! Malinda Lo and Shamim Sarif are go-to Asian lesbian authors for their respective genres (YA and romance). Honestly, my only problem with this question was deciding which books to talk about! I decided to go for under-the-radar books from diverse genres and forms, including literary fiction, poetry, historical fiction, a graphic novel, YA, and one genre-defying mythological novel/fairy tale. 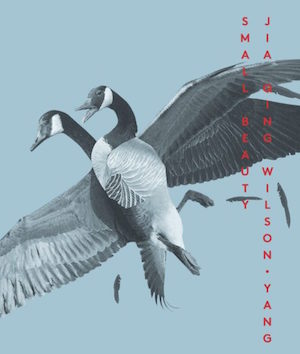 Small Beauty is a quiet, meditative novel about family and identity that more than lives up to its name. The main character is Mei, a young queer trans woman who’s dealing with the mysterious death of her cousin and all of the details of arriving in a small town where she’s inherited his house. While she’s there, she uncovers some secrets — like that she isn’t the only queer in the family — and spends a lot of time reflecting on being trans and having white and Chinese ancestry. wilson-yang does an incredible job portraying Mei’s life as both the extraordinary and unremarkable thing that it is, whether it’s dealing with transmisogyny (there’s one scene of transphobic physical assault and some transmisogynist so-called feminist rhetoric), using Mandarin words, or talking about Chinese food. It makes for a beautifully introspective book. 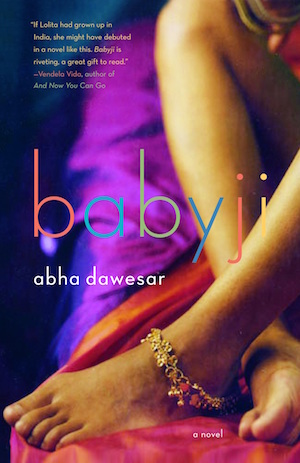 Babyji is an intense and intensely funny book set in New Delhi about a 16-year-old woman named Anamika discovering her queer sexuality. Dawesar perfectly captures the heady, whirlwind feeling of teen sexual awakening. But even the earliest out and proud of us probably weren’t juggling three women at her age, including an older divorcée, a classmate, and a domestic worker from her house. Anamika is a delightful, charming character, wise in some ways and incredibly naïve in others as teens tend to be. She’s wonderfully complex: a head prefect at school with a serious penchant for quantum physics, and a confident tomboy thinking critically for the first time about the caste system and how others are affected by it. Be prepared for some hella sexy scenes. 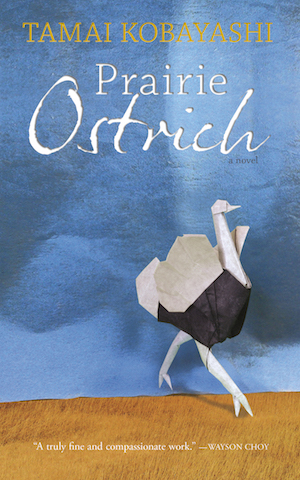 An historical novel set in 1970s rural Alberta, Prairie Ostrich is about a family trying to deal with their demons. It’s told from the perspective of eight-year-old “Egg” Murakami, as she watches everyone in her family grieve in their own destructive ways after her brother’s death. The family is also never far from the history of internment and forced relocation of Japanese Canadians during WW2. The only one holding the family together is Egg’s older sister Kathy, a queer teen who wants so desperately to shield Egg from everything bad in the world that she changes the endings of the books she reads to Egg: she tells her Charlotte and Wilbur live happily ever after! It’s fascinating to witness the teenage lesbian romance from Egg’s eyes; she doesn’t really get it, but at the same time she kind of intuitively does? Egg’s innocent and inquisitive perspective give the whole novel a beautiful, quiet power. 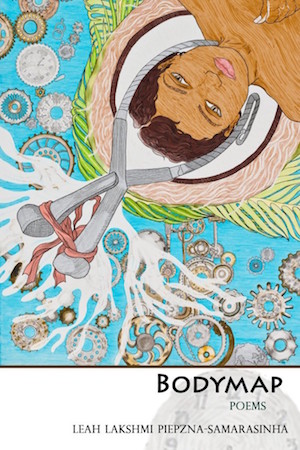 If you need some powerful words to get you through tough times, look no further than Leah Lakshmi Piepzna-Samarasinha’s 2015 poetry collection Bodymap. It is an incredibly tight, accomplished collection of poems, full of gorgeous, evocative images and raw emotion and vulnerability. The poems are tough but soft, and undeniably visceral, just like the hard femmes she praises in the poem “my city is a hard femme.” Although it’s a slim book like many poetry collections, Piepzna-Samarasinha packs in a lot of topics, including love, relationships (falling apart), disability, queer brown femme friendship, finding your people, and the Sri Lankan diaspora. Hers are the kind of words you want to post on your fridge, and look at every day to remind yourself that you’re powerful. (Read Carmen Rios’s full Autostraddle review.) 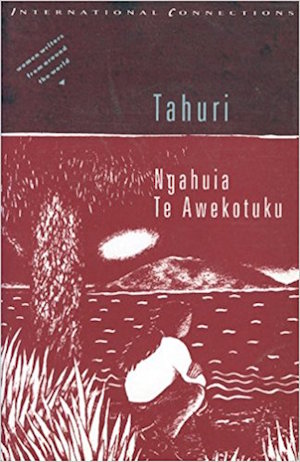 This collection of interlinked coming-of-age short stories is about two young Maori women, Tahuri and Whero, who are both in the process of realizing they’re lesbians. Beautifully written, some of the stories are quiet and gentle, while others confront the rough reality of being Maori women in colonized Aotearoa/New Zealand (including sexual assault). The stories have a strong sense of place, which is clearly important to both characters, as it’s intimately tied to their culture and identities. The journey of coming to terms with their queer sexuality is culturally specific as they search for belonging as lesbians — or, wahine takatāpui in the Maori language — within Maori culture with few visible role models. A staunchly feminist, decolonizing book, Tahuri is a celebration of both queer women’s sexuality and Maori women’s strength. 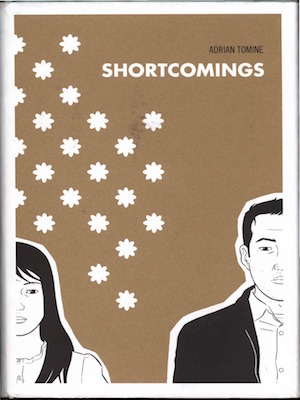 This graphic novel about 20-something Asian Americans in California trying to figure out how to be happy in and out of their relationships holds no punches. Tomine presents his characters — including a Korean American lesbian named Alice — with brutal, unflinching honesty. He has no qualms about airing their shortcomings like dirty laundry for everyone to see, and he’s not afraid to ask tough, complex questions, like: How can we separate our desires from the unavoidable racism and misogyny we grow up with that inform our ideas of what is attractive? Alice is the main character Ben’s BFF, a short, chubby ladykiller dyke with a firm belief in telling it like it is (including some casual biphobia that I wish wasn’t so true to life). You’ll be glad to hear Shortcomings ends with happy lesbians and miserable straight dudes.

When Fox Is a Thousand by Larissa Lai 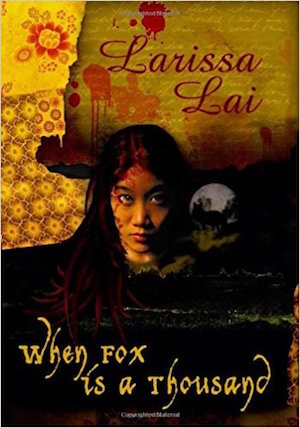 When Fox Is A Thousand is part folklore, part fairy tale, part historical fiction, and part contemporary urban story. It’s a slow burn, beautifully told tale from three alternating viewpoints: Yu Hsuan-Chi, a real-life poet from ninth-century China; the mythological Fox, nearing her one thousandth birthday; and Artemis, a young Chinese Canadian woman living in Vancouver. Lai skillfully weaves together Chinese mythology, medieval Chinese politics, and the rhetoric of modern-day social justice to create a unique tapestry of stories. Each of the characters has romantic relationships with women and Lai explores what is the same — and what is different — about dating women in the T’ang dynasty, in the surreal world of mythology, and in contemporary North America. Danika at the Lesbrary says this book should be considered a lesbian classic.

Women Loving: Stories and a Play by Jhoanna Lynn B. Cruz 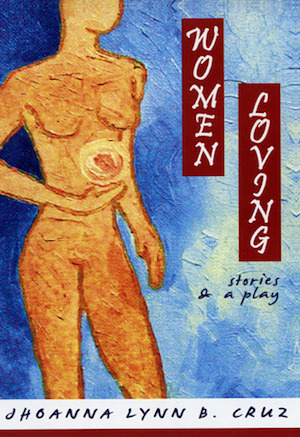 I love how just to make it absolutely clear this book has lesbians in it, Filipina author Jhoanna Lynn B. Cruz decided to call it “Women Loving,” with a fun play on women as both subjects and objects of desire. This is in fact a groundbreaking book, being the first single-author anthology of lesbian-themed writing in the Philippines when it was published in 2010. In this sexy collection written by someone who’s a part of the community she’s writing about, Cruz shows Filipina women choosing to love women even in sometimes treacherous and inhospitable circumstances. She gives readers in the Philippines a rare glimpse at what that love — romantic and sexual — can look like. Focusing on the rewards for Filipina lesbians of living true to themselves, Cruz also doesn’t shy away from the topics of loss and struggles with homophobia.

Bonus! You should also read Heather’s recent interview with queer YA superstar Malinda Lo. They talked about her upcoming book A Line in the Dark, which features a Chinese American queer teen girl and deals with loyalty, love, friendship and murder!

And, finally, be sure to check out these books that I’ve written about in previous columns: Not Your Sidekick by C.B. Lee (bisexual Vietnamese Chinese character), My Education by Susan Choi (bisexual Korean white character), Mariko and Jillian Tamaki’s graphic novel Skim (Japanese lesbian character), Landing by Emma Donoghue (Indian Irish lesbian character) and The Stars Change by Mary Anne Mohanraj (a whole bunch of South Asian queer characters).