“Never judge a show by its pilot,” is a motto I try to live by, and Into the Badlands is the perfect example of why this is a good way to live. Even I forget it sometimes, and almost let this show slip through the cracks; I watched the first episode with my dad once, and while it was visually stunning and the stunt choreography was brilliant, it was a dude-fest and I thought it was going to be an hour a week of fighting for fighting’s sake, lacking plot. Women barely make an appearance at all; maybe a brief cameo by the Baron’s wives, positioned as only that. Plus at the very end, we met a woman they referred to simply as “the widow.” (What I didn’t know at the time was that it was actually The Widow, but we’ll get to that.)

So I decided not to watch it. I watch way too many shows as it is, I don’t need another one if it’s not going to be feminist, queer, or both.

Cut to a few months later when I see more and more talk of Into the Badlands on my timeline, women whose TV opinion usually aligns with my own just raving about it. And then I was given the advice I usually give but forgot to take: Don’t judge the show by its first episode; watch at least one more before you make your decision. 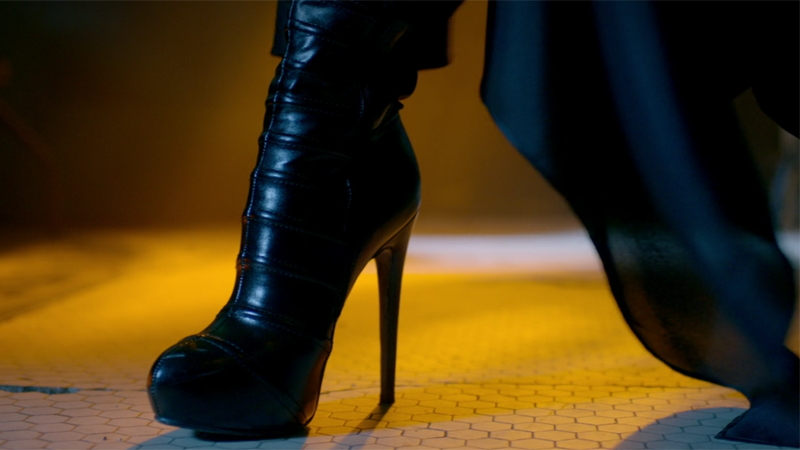 On a good foot, IF YOU WILL.

And, as far as my interests go, the second episode felt like an entirely different show. It was still beautiful and gritty, but now the fight scenes weren’t just men; and even the women who originally seemed positioned as “Sunny’s girlfriend” and “the Barons wives” stepped out of the shadows. There’s Lydia, the older but wiser Baroness who will protect her family at all costs. Veil, the best doctor in the Badlands. And Jade, the Baron’s soon-to-be new wife and the master of secret manipulations. 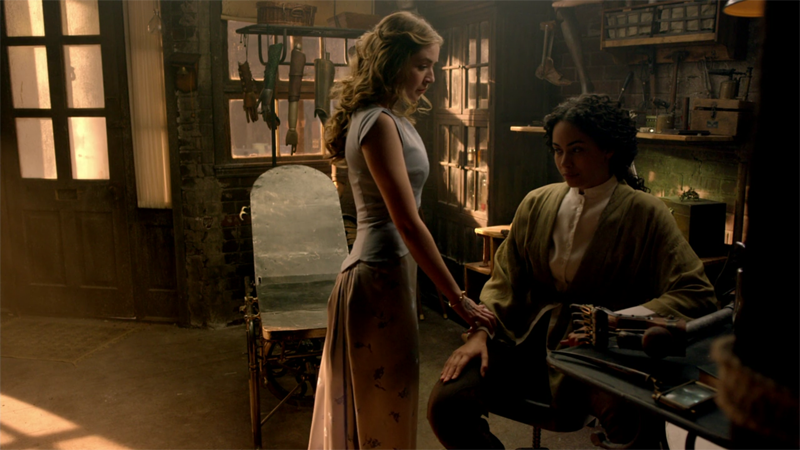 I won’t lie, I shipped this for a second before a more viable ship came along.

And of course, The Widow and her girls, dubbed The Butterflies. A band of girls with killer fighting skills and butterfly-shaped throwing knives.

See, the Badlands are broken up and ruled by seven different men and women called Barons, and a lot of the conflict in the show has to do with the balance of power between them (or lack thereof.) Most of the Barons run estates, but The Widow, upon her husband’s death, went rogue and has been rescuing girls from brothels and servitude and training them to fight, for her and for themselves.

The Widow’s right hand girl is Tilda, a baby butterfly who we have had the pleasure of watching evolve since her first appearance. She grows bolder and bolder, and in season two she’s given the title of Regent, sworn to serve and protect The Widow (who the girls call Mother) at all costs. 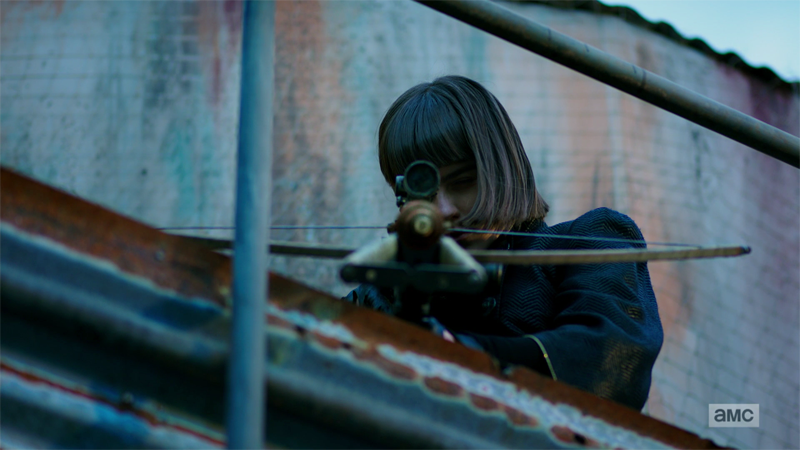 Weirdly proud of my bb with a crossbow it’s fine

In the first season, Tilda and a young man named MK had a little flirtationship, but they found themselves on very different paths in season two. Instead, Tilda’s path lead her to Odessa, one of the girls rescued from a “dollhouse” (what they call brothels in this post-apocalyptic world) and frankly the first rainbow flag (get it? like a red flag but gay?) was when I noticed Tilda said “Odessa” more times than was strictly necessary. Not unlike our favorite Trikru Commander. It becomes clear she’s taking a liking to this ex-doll and she seems to be the only one whose name Tilda bothered to learn. 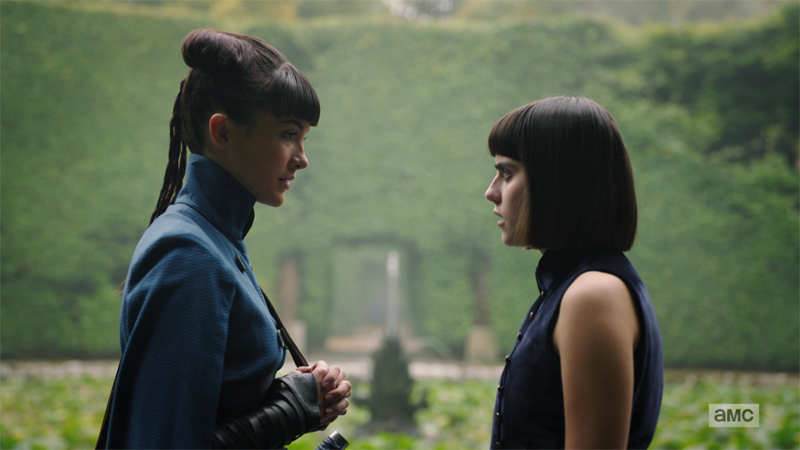 Two brunettes? On this and Supergirl? Is this even legal?

In this most recent episode, “Leopard Stalks in Snow,” we see Tilda and Odessa talking one-on-one. Odessa wants to leave the Butterflies; she’s been property of Barons her whole life, and isn’t sold on the idea that The Widow is any different than those who owned her just because she lets them call her “mother” instead of “master.” Tilda insists The Widow is different, and explains why. We knew a little bit about Tilda’s backstory, but it was mostly hinted at before; now she tells Odessa in full detail: Tilda was a servant in the Baron’s house and he used to sneak into her room and rape her every night, until one night he did more than that and the Baron’s wife could no longer live in denial. Tilda says The Widow came to her in the morning and apologized for not killing him sooner. And as much as I don’t condone murder in real life, a triumphant chorus of The Cell Block Tango (“he had it coming!”) rang out in my head when she finished that story. My note for this part of the story read simply yet joyously, “She widowed her damn self!”

Odessa’s heart visibly breaks for our little butterfly and though she still isn’t sure she trusts The Widow, she’ll stay with the Butterflies for now…for Tilda.

And then she goes in for a kiss. 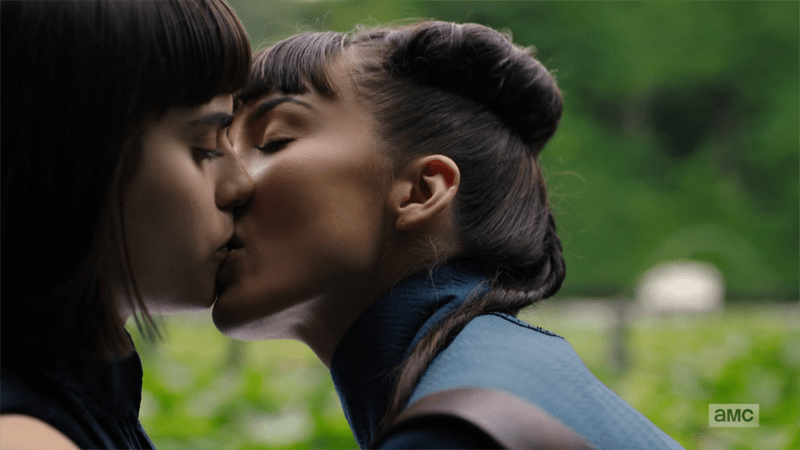 Tilda looks alarmed at first; she surely wasn’t expecting it. But after a few beats of her eyes flicking back and forth from Odessa’s eyes to her lips, Odessa goes in for another kiss. And this time, Tilda returns the kiss with fervor. 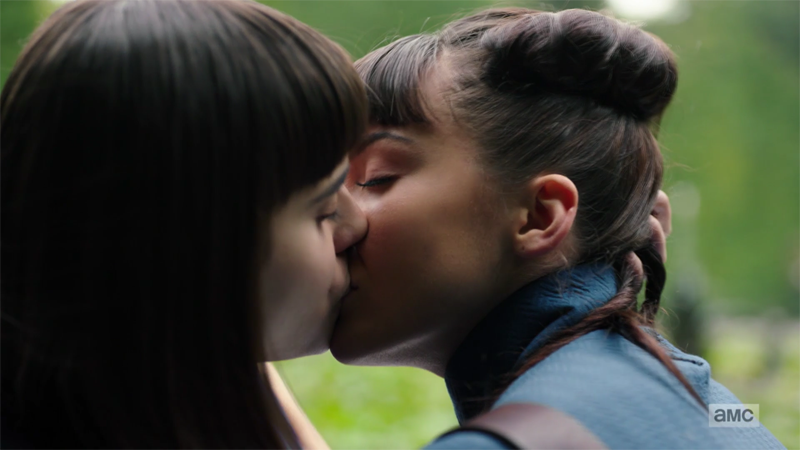 I’ve mentioned before that too often kisses between two women are cast entirely in shadow, or are a quick peck in the middle of a camera transition. But not here, not now. The camera loves them and the music swells lovingly and the light glows softly as they kiss and kiss and kiss. Meanwhile I am pressing my hands to my face so hard my eyeballs almost pop out of my head. Everything’s fine. EVERYTHING’S FINE. 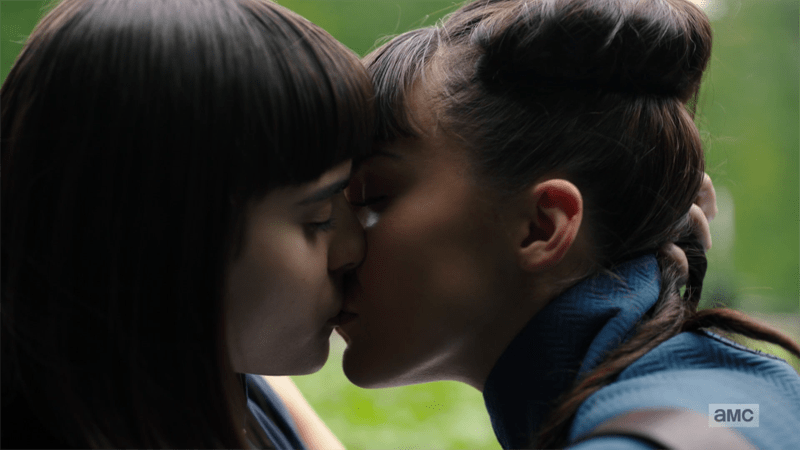 Who knows how long they would have sat by the end of that fountain if they weren’t interrupted, but interrupted they were, by The Widow’s advisor, Waldo, who says Tilda is needed elsewhere. Tilda panics but Waldo cuts her off before she can bother lying about what just happened. He doesn’t care who she’s with, and what I like is that, at least for now. It’s unclear whether Tilda’s panic and Waldo’s disinterest has to do with Odessa being a girl or a fellow Butterfly. He just warns her about getting her feelings too tangled up in someone. It’s advice he gave Sunny, it’s advice he tries to follow himself; emotions can get you killed in the Badlands.

And if that’s true, I’m doomed, because Tilda fills my whole heart and I want to protect her like she is my own and I want her to fall in love a thousand times if that’s what she wants.

It’s such a great feeling to genuinely be loving a show despite it’s lack of queer content and then be gifted with such a thing. The ladies all get fiercer with time and I think this Tilda/Odessa storyline will get some love in the coming episodes.

Fun queer tie-in, Jade is played by Sara Bolger, who also played Aurora (Mulan’s unrequited love) in Once Upon A Time. 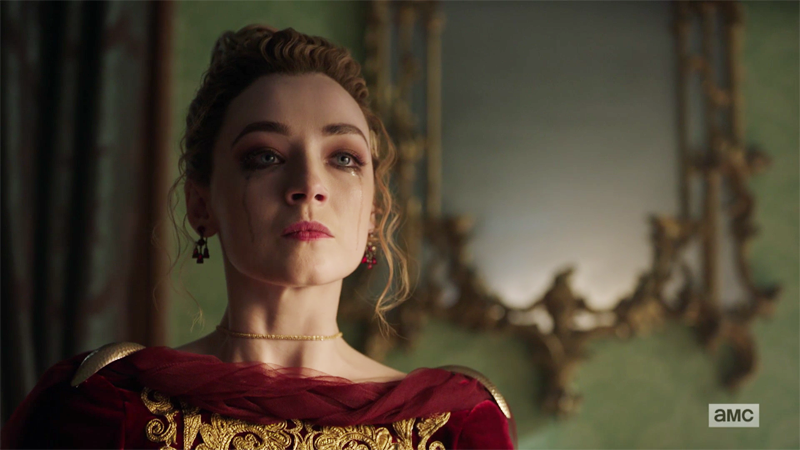 But she’s no princess in this show.

And even though this is unrelated to everything I just talked about, it IS related to me trying to get you to watch this show with me: Madeleine Mantock is amazing at livetweeting.

Anyway, in conclusion, I’m excited to see where the Tilda/Odessa storyline goes; this show is short on episodes (six in the first season, ten in the second) so they’re not ones to throw away storylines. Every narrative choice is purposeful and followed through, so whether this lasts one more episode or the rest of the season, I believe it will be well-thought out and discussed at length.

Tune into the next episode of Into the Badlands on Sunday at 10pm EST on AMC. (I know! AMC again! I never regretted not watching The Walking Dead until I found out AMC was also harboring gems like Humans and Into the Badlands that I missed out on because I don’t watch the channel and therefore don’t see their commercials.)

The Widow and I will see you there. 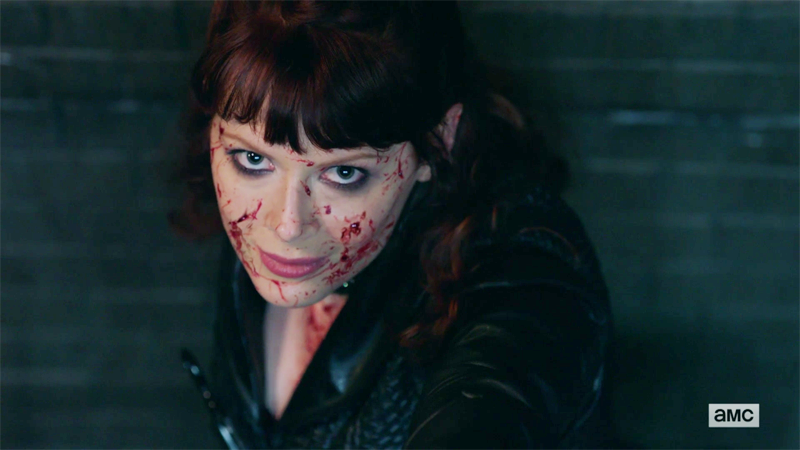 Join A+
Related:Into the Badlands