“Why weren’t there more stories about [trans] people of color or more authors of color? […] I asked myself, If there are so many white trans people getting books and comics published, if there are so many of them getting money and recognition and social support from their writing, why are there so few trans people of color who can say the same?” – Jamie Berrout, Incomplete Short Stories and Essays

There’s a beautifully sweet kind of jealousy that exists between trans women, a private envy that I rarely discuss, both for political reasons and because it’s frankly unflattering. In order to write a review of Jia Qing Wilson-Yang’s luminous debut novel Small Beauty (Metonymy Press), which tells the story of mixed-race Chinese trans girl Mei’s journey through grief, anger, and loss in small-town Canada, however, I think I have no choice. 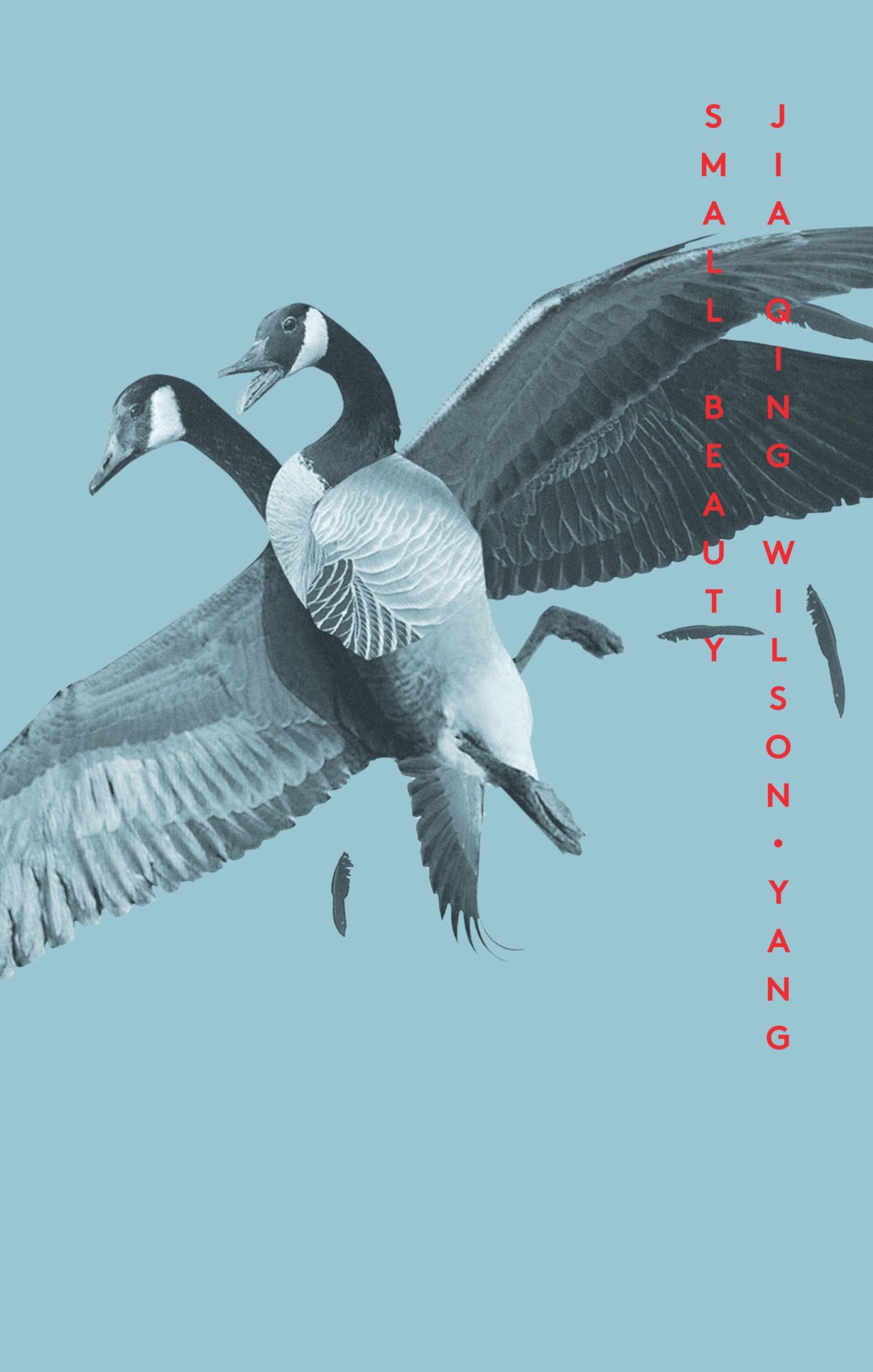 You see, like many trans women of color, I grew up with a sense of complete isolation, of always being the freak in the crowd. Like so many sisters, I learned first to hate my uniqueness, and then to love it fiercely as a tactic of survival. We learned to construct our sense of identity and self-worth around being the only one, the lost daughter of a scattered tribe. Even now, liberal white, cisgender society — even within queer community — encourages us to believe that our greatest value comes from our status as a token minority, the living embodiment of a political ideal.

So I was unprepared for the reality of an adult life in which I actually had to meet and sustain relationships with other trans women of color. A lifetime of dreaming of sisterhood had not equipped me for eventuality, the complex emotional struggle of actually having to share community with a sister — of feeling camaraderie, yes, but also insecurity and competition. Of having to ask myself the question, am I still special, do I still matter, if I’m not the only one?

“Something that hits me like a broom handle in the ribs is the ways that younger voices are asked to speak for entire communities, and I’m thinking specifically of racialized trans people,” Wilson-Yang said in an interview with Autostraddle. “And this request to speak for an entire community comes with that validation that you are part of that community, you are a trans person, you are genderqueer, you really are this thing because now you’ve been asked to speak as an expert on about it. And then these brilliant young voices get used to make an organization or government look good and they don’t get supported. At least not with the kinds of things we’re always asking for like better jobs and housing.”

“She sees Nai Nai leaving China with Ye Ye, Mei’s grandfather. She sees his death soon after arriving in Canada. Bernadette and Jun, small children alone with their mother in a strange land. She sees all this moving toward her at tremendous speed. At the moment of impact, they engulf her and branch out in all directions, scattering across the surface of the lake. She is a moment on spontaneous trajectory, her ancestors and descendants surrounding her, like water. Connected by blood and intention.”

Wilson-Yang deftly weaves and unweaves the threads of narrative tropes that have come to dominate the telling of the stories of trans women, lesbians, migrants, and Chinese North Americans. Reviewers Morgan Page and Casey Plett (both also stars of the blossoming canon of trans-genre literature) have already discussed the ways in which Small Beauty represents a refutation of the “gender novel,” a type of lazy pandering to the sensibilities of cisgender readers that objectifies actual trans people.

“I think Small Beauty challenges other gender focused pieces of literature in that the narrative isn’t focused on Mei figuring out any gender issues,” Wilson-Yang said. “She’s not focused on dysphoria or crap doctors. She is dealing with other aspects of her life that are impacted by being trans, but her gender is not the focus of it […] One thing that small beauty does that I would love to see more of is moving trans people out of strictly urban spaces.”

In similar vein, Small Beauty plays with, subverts, and inverts literary and pop-culture expectations of Asian women; for example, by making Mei not a paper cut-out victim of oppression (unlike, say, the transgender Chinese narrator of Kim Fu’s novel For Today I Am A Boy) but rather a gutsy, down-to-earth heroine who kneecaps a would-be street harasser with a brick hidden in her purse. Mei’s family story, too, is a web of refreshingly idiosyncratic secrets and tension; from closeted lesbian Aunt Bernadette to manly-man cousin Sandy, whose mysterious death and potential reincarnation drive the plot.

Which is to say, the book hits painfully, exquisitely close to home for this Chinese Canadian queer girl.

Reading Small Beauty (which I’ve done about eighteen times now) is many conflicting emotions: connection, envy, familiarity, fear. The joy that comes of hearing, at last, someone tell a story you’ve been waiting for your whole life. The fear that comes of wondering, what is there left for me to tell?

But the gift that Wilson-Yang gives us – trans girls, queer community, lit lovers in general – is that her work opens up space to tell stories that are at once deeply communal and strikingly unique. Trans and cis, racialized and white readers alike will find flashes of both identification and difference in Mei and her companions – a crochety Cantonese trans woman elder, a mischievous best friend, and an opinionated “woodsy dyke” in addition to the aforementioned family members – that, in turn, reveal the messy, angry, unrelenting humanity that forms the thematic heart of the novel.

“I want to say I write for other trans people, which is true in part, but mostly I think I write because I just love to write,” Wilson-Yang said. “That moment when you are on a roll with an idea, a line, a scene, a riff, when you’re connected to a larger story, a larger song and you’re able to narrate an aspect of it. It’s as if there is a place of staggering beauty you can only get to sometimes and it’s too big to take a picture of the whole, so you have to keep on taking little pictures of it to show people.”

Small Beauty is so challenging and destabilizing to me – as I believe it is and will be to many readers  – precisely because it forces us to simultaneously acknowledge the oppressive archetypes that restrict our voices and to move beyond them in order to achieve a truer story. Wilson-Yang challenges us to move beyond the rhetoric of identity politics and representation that so often surrounds “minority” literature, and invites us to join her in a deeper, wider world: A place where there is room for many stories, where the struggle to survive does not have to be at odds with the dream of sisterhood, and where the light is soft enough to illuminate all of our kinds of beauty.

“Write it out, write your story, write a weird story that has nothing to do with you, write sci fi or spec fic or anything,” Wilson-Yang said. “We’ve got beautiful insightful shocking comforting and all together brilliant things to share with the world. Seek each other out and keep writing.”