Boobs, they’re on your tubes! This week, Stef visually walked you through the trainwreck of the most recent episode of Are You The One. Nel recapped that devastating episode of Pose. Natalie recapped an emotional and triumphant episode of Good Trouble. Rachel Maddow asked Megan Rapinoe to run for president. Rachel fucking delighted with 10 iconic Buffy Summers outfits and what dates with Faith I’ve decided she should wear them to. And Kristin and Riese closed out season one of To L and Back.

+ I’m going to get caught up with Jane the Virgin and Younger next week, friends, I promise! — Heather 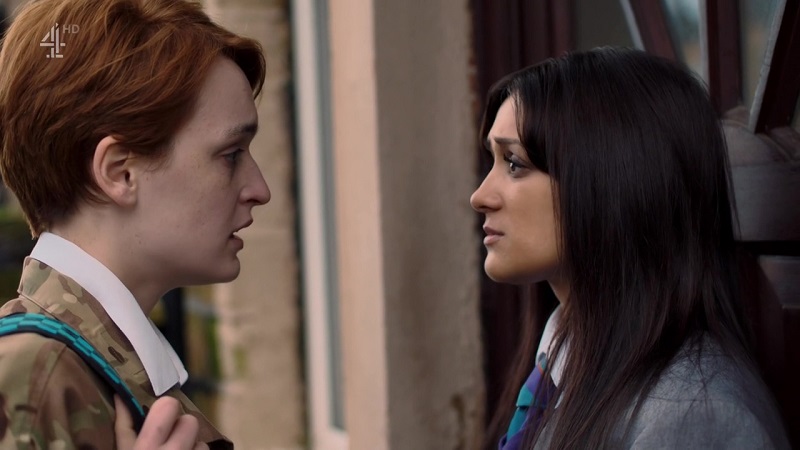 “To call for hands of above/ To lean on/ Wouldn’t be good enough/ For me, no”

Nasreen Paracha and her girlfriend, Sam Murgatroyd, have both lost themselves: Nas, in her grief over Missy’s death, and Sam, in her zeal to live up to her family’s (criminal) expectations. And, at first, they try to change together: shoplifting from the local indoor market like a low budget Bonnie and Clyde. They get caught — because, of course they do — and it quickly becomes clear that, despite their best attempts, this is where their paths diverge. Nas is frantic when they’re arrested, Sam is cool as a cucumber; Kaneez is furious when her daughter comes home in a police car, Sam’s mother, Nadine, is elated.

It’s the contrast between the two mothers that dictate those divergent paths. When Nas finally breaks down over everything, Kaneez is right there to hold her and remind her daughter that she has to go on living. But when Sam is reluctant to step into the family business, Nadine lies and manipulates her daughter. It’s not until Sam learns that her mother would’ve left her behind at the scene of a burglary — the burglary of her school’s deputy head, Mr. Evershed, no less — that Sam realizes that she’s been conflating her mother’s moments of pride with actual love. Sam realizes that she doesn’t owe her mother anything and, with her eyes open, she’s no longer susceptible to Nadine’s manipulations.

Faced with losing her daughter, Nadine is as honest as she’s ever been. For years, while in prison, all Nadine ever did was think about her daughter but when she got out, she was met by a stranger…a kid she didn’t even know, but who Mr. Evershed did, and she was jealous. However fucked up it sounds, Sam recognizes that Nadine is capable of being the mother she’s always wanted and immediately regrets having reported the Evershed bulgary. Sam’s inconsolable as the police arrive to arrest Nadine, who goes without incident, because she really would do anything for her daughter, even going to jail. 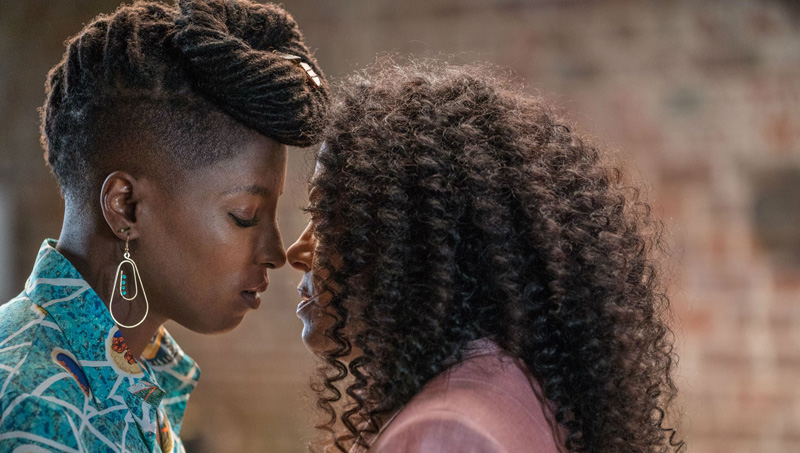 When I dreamed of Queen Sugar’s queerness coming back, I never could have imagined this day.

I’m about to contradict myself.

I think that professors who sleep with students are unfairly taking advantage of uneven power dynamics. I have also never, not ever, seen a sexier cat-and-mouse between two black women as Professor Octavia Laurent and her former student Nova Bordelon. I mean, to be fair, nothing gets my engine going like two black women who are unafraid of an intellectual sparring match. It’s like watching the sexiest possible game of chess. When Octavia shows up at the New York stop of Nova’s book tour, I nearly fainted (the smokey rasp of her voice certainly didn’t help matters either).

Later, Nova stops by Octavia’s graduate lecture. She promptly scoffs after class that “I see your still have a type” after noticing the, ahem, special attention Octavia spends with a student who just happens to resemble young Rutina Wesley in her 20s. The tension between the two rises and crackles, ending with Octavia admitting that she was hurt to realize she was barely worth a mention in Nova’s book. After all, didn’t Nova remember the summer they spent together in Italy?

Didn’t she remember how Octavia could make her say her name?

How Nova could make Octavia scream hers?

Yep. That’s around when my brain short circuited. I threw my laptop across the couch and walked around in manic circles. They have sex and in their afterglow Octavia invites herself along on the rest of Nova’s book tour. Of course Nova says yes, because my sis is sprung. This is 100% going to end SO badly, but you know what? At this point, Nova deserves all of whatever is about to come her way.

Finally, this is neither gay nor sexy, but I couldn’t let this recap go without telling you that the closing scene where Ralph Angel explains to Blue that while he may not be his biological father, he’s his father of heart and soul – “I put my soul inside you, Blue!” – left me weeping clear through my white tee. Please do yourself the favor of watching it.

(Octavia Laurent is played by Cree Summer, also known as peace loving hippie college student Freddie Brooks on the ‘90s black sitcom G.O.A.T. A Different World, so you can expect me to refer to her as Professor Freddie Brooks moving forward. Never seen A Different World? Le Gasp! Watch it right this very moment via Amazon Prime. Start at the second season, just trust me on this.)