Boobs Tubers, just a reminder: We’ll be at A-Camp next week so there won’t be a new column, but Natalie’s going to cover Jane the Virgin with a standalone post during the week for you, because she loves you. This week, Carmen wrote some can’t-miss pieces on The Bold Type and season two of She’s Gotta Have It. Drew explained why she’s happy to keep getting murdered by Killing Eve after that finale.  And an all-new To L and Back!

+ Yesterday, we got some bummer news about TV cancellations, including Abby’s and Star. That last one made me go back and read some of Carmen’s work on the groundbreaking show, and if you’re feeling sad about losing it I think you should too.  . — Heather

+ We are officially 100 days into the #FightforWynonna with no word from IDW about whether they’ll fulfill their promise to fund seasons four and five and friends, I am NOT PLEASED ABOUT IT. I’m still clinging to hope with every fiber of my being, but I am tired. — Valerie Anne

I’ll confess I haven’t seen last night’s episode, but I did catch up on the show and shit has gone DOWN. Amongst all the murder mystery, they’re making some really interesting choices about Jess and her girlfriend. You see, Jess has always been a little paranoid about the fact that her girlfriend, Vanessa, had never been with a girl before Jess. She didn’t want to be a phase. But the thing is, every queer woman has to start somewhere, so with reassurances from Vanessa that she loved her, Jess put it out of her head. But then in last week’s episode, in the midst of an argument, Vanessa started to say she’s not…she let the word go unspoken, saying she was in love with Jess. But it’s clear she doesn’t see herself as a queer person, just a straight person who happens to be dating a woman. Which…isn’t the best feeling for Jess, I imagine. So in her strife, and in her trauma of having watched a man get killed in front of her, Jess ends up reaching out for comfort and finding it in a random woman at the bar. (Which was super awesome in that Jess isn’t the typical body type of women on TV and yet they still made the scene very sexy, which unfortunately isn’t always the case when you have women on TV that aren’t a size zero.) Murphy helps get rid of her by pretending to be Jess’s girlfriend, and the advice Jess is given is to just not tell Vanessa ever and move on with their lives, but I have a feeling this is a ripple that will have to be dealt with soon lest it become a tidal wave. And the thing is, these are things that happen to queer people. There’s an interesting story in here. I’m just not sure this show has the bandwidth to handle it, what with all the murder. I do look forward to finding out, though.

After getting attacked on the way home from Crow’s Nest, Anne arrives at Shibden and sneaks upstairs, broken ribs probably, openly bleeding everywhere. She doesn’t want a doctor, no. She doesn’t want anyone to see her like this. Her face is still bruised and swollen when one of the Coal Brothers arrives to tell her her assumes her price has lowered now that she can no longer sink her own pit and is, you know, seriously wounded because of the goon they sent after her. She bends, slightly, but doesn’t break. She is determined not to let them get away with stealing from her land.

What does break her, though — and oh boi how — is seeing Miss Walker’s mental wellness unravel as she begins having nightmares and hearing voices, completely terrified that demons have come to drag her to hell for her lesbianism. Miss Walker’s latest cousin whose staying with her sends for Anne and they stay up all night, over and over, trying to soothe her through the worst of it. Anne knows she needs to go to her family in Edinburgh, to see the doctors there, and while she knows it will make her life easier, seeing Miss Walker like always unhinges her! She even proposes again, only to be thwarted (again!). The night before Scotland, Anne breaks down in Miss Walker’s arms, sobbing about how hard she has worked to train herself to not notice the suspicion and derision of everyone she meets, and how she hadn’t really appreciated how hard that would have been on Anne, but “You came so close!”

She cries, Miss Walker cries, I cry, you cry, the world cries. They part ways. Anne will go to Europe, alone. 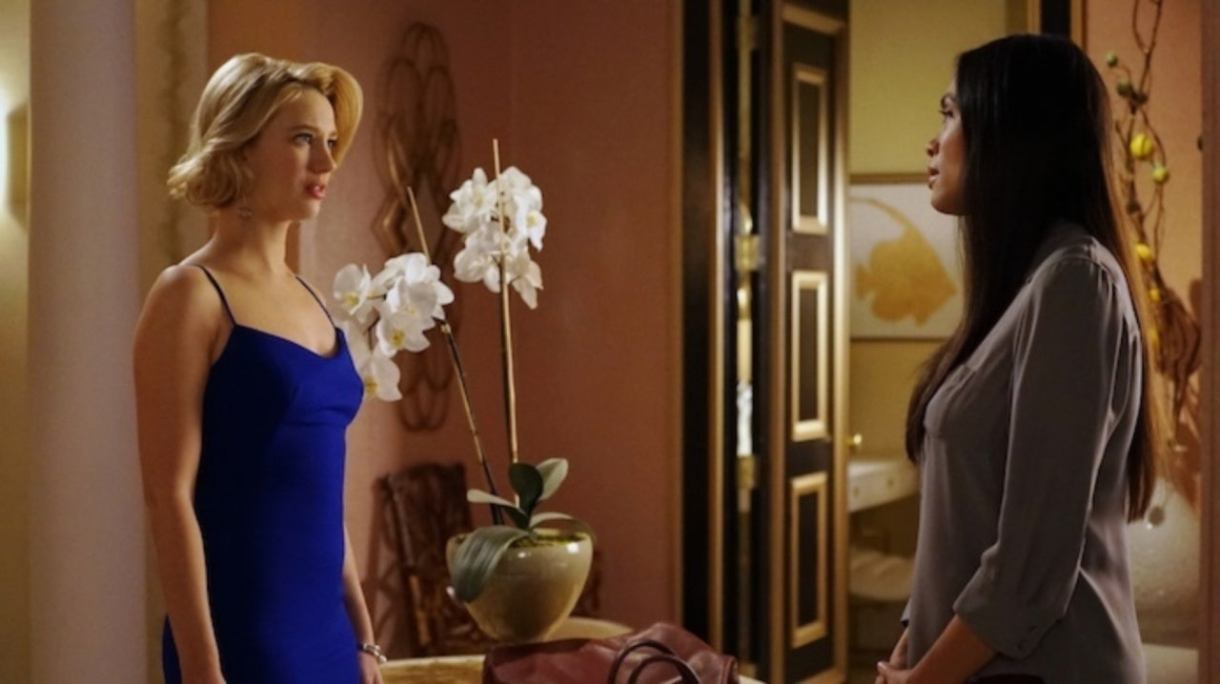 And if you didn’t cry enough watching Gentleman Jack, don’t worry: Jane the Virgin came through! JR decides to take that job in Houston, to start again, a whole new life, one outside of Petra’s wildly dramatic circle of family and friends. Petra tries to get her to stay, even finds her a job in the same state as her, but that only upsets JR more. They had something special, she knows, and she tried, but she just can’t anymore. And that’s not even the crying part!

The crying part is Petra showing up at Jane’s, completely broken, and Jane welcoming her into her arms and heart and home like the family she’s become over these five season. In such a little meta wink, Jane writes down the sweetest fucking thing I have ever seen in my life: Add more Petra to the novel.

ADD MORE PETRA TO THE NOVEL.

I don’t think Petra and JR are over. I’m expecting a rom-com-worthy reunion in the finale. But even if that doesn’t happen, this thing with JR — and what it has meant for Petra’s relationship with Jane — has become one of my all-time favorite queer character storylines. Ever.

In my lesser favorite queer storylines, Luisa and Rose are still dancing around each other doing double-triple-quadruple crossings. I don’t even know what’s going on with them anymore.