This time tomorrow, we will finally know who A is on Pretty Little Liars and I can hardly concentrate on anything else. Here are some other queer things that are happening on TV, though! 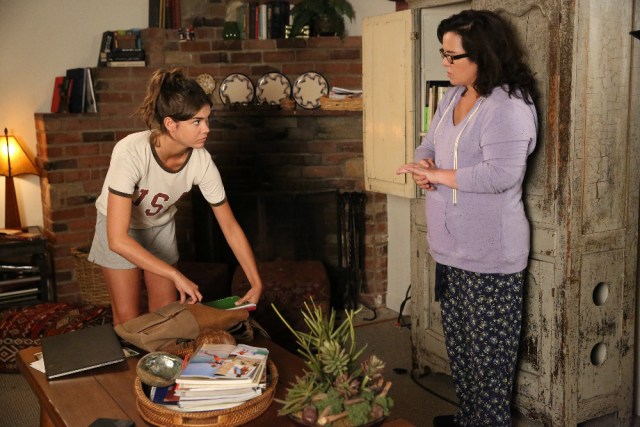 We’re not going to egg Donald Trump’s house, Callie. That would be classless.

Stef and Lena are scaring me, y’all. They’re supposed to be the steady sun around which all these dramatic little teenage planets orbit, but they are falling apart! Stef can’t go to therapy until Callie gets adopted, and the chances of that happening are about as likely as me getting a pet Hippogriff. This week, after Stef shelved therapy, Lena made the HORRIFIC mistake of talking to Monty about how unhappy she is in her marriage. You do not talk to the woman who kissed you because she’s in love with you about the problems in your marriage! You do not do that, not now or ever! And when Lena went home to try to tell Stef her worries, Stef was busy accidentally flirting with the new lesbian plumber and watching and rewatching the surveillance footage from Jesus and Mariana’s car accident. Lena wanted to process, but Stef squeezed her shoulder and told her everything is okay. 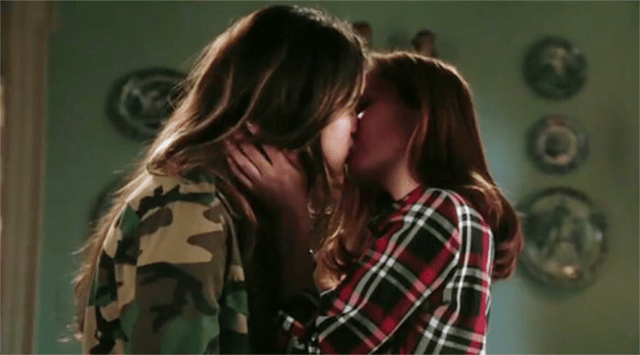 Remember how I told you Brenna met a boy named Finn at her new school, and he has cancer, and she doesn’t know it but he’s totally going to be getting saved from her anonymous bone marrow and they’re going to fall in love? That’s still happening, but in the meantime, Ford and Brenna kissed right on the lips. They did it because they were hanging out with Finn and he can’t kiss either of them because he can’t risk getting their germs on him, so they kissed each other instead. Ford says she’s not into women sexualizing themselves for the male gaze, but you know she’s always wondered what it would be like to smooch on Brenna. And now she knows!

Only two episodes left and still no queer storylines for Charmaine. #Dang 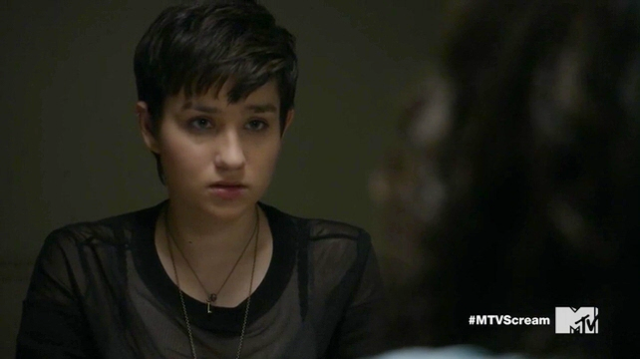 For the last time, I don’t know who A is! Now can I please take my clue parrot and go??

Audrey was called in for questioning by the police on this week’s Scream. They’re working with a theory that she and Rachel killed Nina and Tyler because they’re the worst (Nina and Tyler, not Audrey and Rachel), and then Audrey killed Rachel (after making out with her face on camera) to make sure she didn’t dime Audrey out. One small problem is that there’s this video of Audrey raging out and threatening to murder Nina and chop her into tiny pieces and feed her to some ducks or something. So Audrey calls her pre-girlfriend, Emma, and asks her to please break into her house and find the SD card from the night Nina died and smash it with a hammer.

Emma does this. Well, she breaks into the house. She does not smash the SD card. She watches it and then thinks about how it’s terrifying that A hasn’t called her since Audrey’s been in jail. But then she realizes she loves Emma like lesbians do and there’s no way all this evidence means anything this early in the season, so she gives Audrey and alibi and a hug and promises her everything’s going to be okay — until they probably also die. 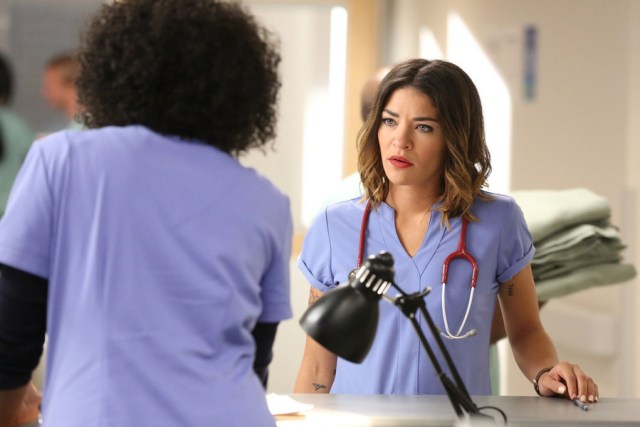 Batwoman? No, never heard of her. Why do you ask?

There’s only one more episode of Complications left before the season finale, and Gretchen has firmly taken root as my favorite new lesbian TV character of the summer. This week, her sister — Ingrid, the one from rehab — gets kicked out of rehab because she let a recovering buddy crash on her couch. Gretchen can’t be mad about it because Jed is strung out on her couch while she’s on the phone with her sister. Ingrid comes on over and agrees to take care of Jed and not take any of the pills Gretchen leaves behind, and she follows through on her promise. Sister stories. I love sister stories.

In her work life, Gretchen accompanies John to prison to talk to the gang leader who’s been keeping his thumb on John all season. On the way there, Gretchen opens up to John a little and explains that she grew up in the rougher part of town with some shitty foster parents, so that’s how come she knows you have to work outside the system sometimes to be a real hero, and also why she can’t stop saving everyone and everything.

Not much Gail to report on this week’s Rookie Blue, just normal police procedural stuff and no lesbianing.

Blarg, the queerness on this show has almost disappeared completely, and without it, Defiance just isn’t worth it anymore. Queerness was so woven into the fabric of the town in the first season it felt revolutionary watching it. Now it’s just another low budget sci-fi first-person shooter tie-in. Brainwashed Doc Yewll helped Kindzi beat up her dad and begin her own personal mission for global domination this week. It should have been awesome. It was just whatever. 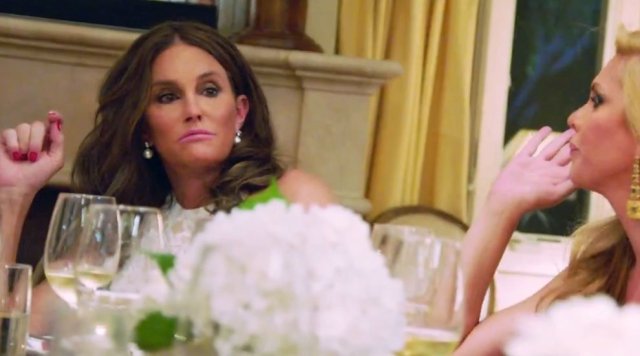 I wonder if Kanye would play in a roller derby league with me.

This show continues to blow my mind in the best way. This week’s episode picks up where last week’s left off, with Caitlyn talking to a group of trans women at the San Francisco Human Rights Campaign’s office. She is shocked and visibly shaken to hear stories about so much violence and discrimination perpetrated against these women. In an overwhelmed monologue, she cries and says she had no idea how much privilege she enjoyed. She also asked a producer to please help her get on Ellen to give a scholarship to one of the trans women she met, Blossom, who cannot get into nursing school because she’s trans.

She goes skating with her new friends and motorcycle-riding, where Candis Cayne teaches everyone the perfect hair flip. Over dinner, the women talk about who they’re attracted to. Caitlyn says she’s never been with a man, but is interested in it. She says she has bigger problems to worry about right now than an orgasm. Just a gentle reminder on E! that gender identity and sexuality are two separate things, NBD.

Last week, Jenny asked her if she’d gone swimming in her own bathing suit yet, and she said no. So this week, she decides to join her friends in the pool. She says she’s as nervous as she can be, but ultimately finds it very freeing.

Are you watching this yet? I’d love to hear your thoughts.

Orange is The New Black Episode 310 Recap: There Is A Monster At The End Of This Book
In which things start falling apart.

The 10 Best Gal Pals In TV History
It’s Gal Pal Week on Autostraddle.com! Let’s kick it off by counting down television friendships we adore!