I’m not quite sure what I expected Arcane to be, but I didn’t expect it to be an epic sci-fi adventure about found family, queer badasses, and underground rebellion. And yet, to my delight, that’s exactly what it was.

All I really knew about Arcane going into it was that it was aesthetically pleasing and related to the video game League of Legends, which I’ve never played. And, based on the specific people who were enthusiastically recommending/insisting/begging that I watch it, I assumed it was also a little queer, at the VERY least in a subtexty way.

The best way I can describe this show is that it is like a montage of all the best cut scenes in a video game. The graphics and fluid motions and possibly impossible and fantastical acrobatics and fight maneuvers are all reminiscent of a well-made modern video game. Which, I mean, all makes sense, because it’s based on one, but you just have to watch a trailer for the Sonic live-action movie to know that not all cross-media adaptations stay faithful to the vibes of the source material. 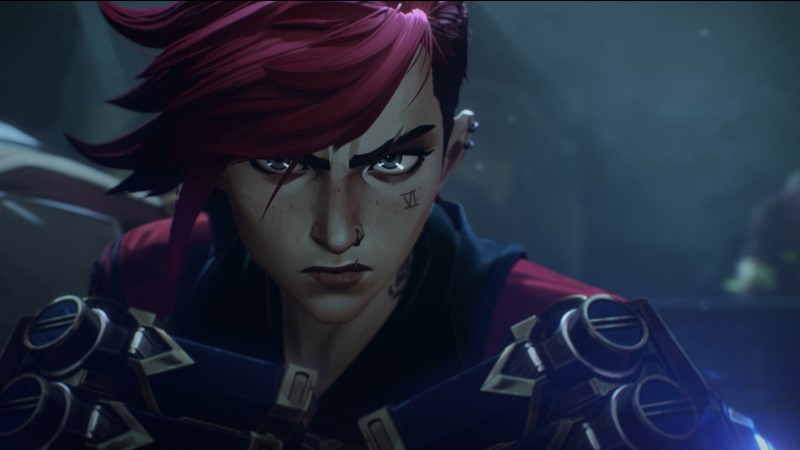 Did I consider getting a roman numeral V (for Valerie) tattooed on my cheek after seeing this VERY BRIEFLY YES I DID.
(ARCANE: HAILEE STEINFELD as VI in ARCANE Cr. NETFLIX © 2021)

True to my first impressions, Arcane is visually stunning. It’s fantasy-modern, with arcane ingenuity making the city above hum, and the clockwork/steampunk vibe of the underground giving it that gritty feeling. The show explores overarching and high level relationships between cities and governing parties, while also delving into interpersonal relationships in a way that stomps at your heartstrings, starting right off the bat with the opening scene being of a young girl, Vi, guiding her little sister through the aftermath of a battle where their parents lay slain.

But! Then! We flash forward to when the girls are teenagers on a romp of a heist mission, so it really runs the gambit as far as emotions go, and every beat hits more soundly than the last, often in unexpected ways. 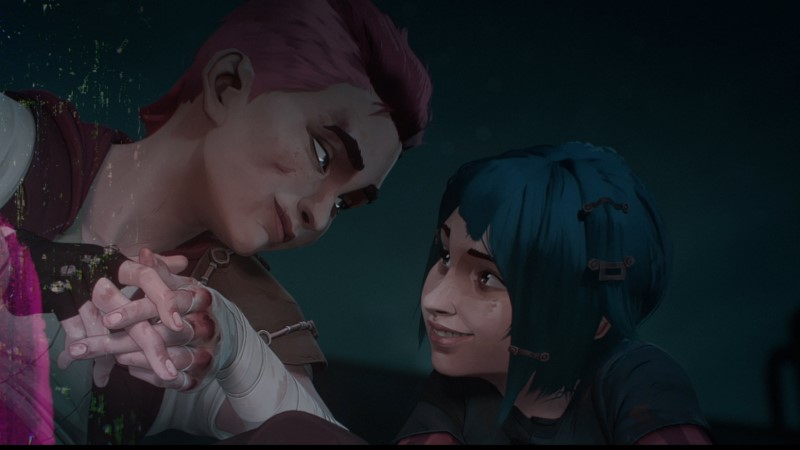 When I learned this child’s name was POWDER I knew I’d kill and die for her right then and there. Same as Vi.
(ARCANE (L to R) : HAILEE STEINFELD as VI, ELLA PURNELL as JINX in ARCANE Cr. NETFLIX © 2021)

Also, I’m here for the uptick in Hailee Steinfeld content this year, because her voicing Vi brings layers to the character not everyone could, especially in the lines where you can hear a smirk in her voice even when you can’t see one on her face.

While Vi has…other things to focus on over the course of the season, she’s definitely queer, and definitely an amazing character to add to our list. It’s not a thing that’s said outright, no labels or anything, but it becomes clear as the season goes on. For example, when grumpy, rebellious Vi’s path crosses with golden child Caitlin, an enforcer from the city above, the city that represents everything Vi hates, Vi starts calling her “Cupcake.” And if your favorite fanfic tag is hurt/comfort, you’re in for a treat.

Okay now there’s something else I want to talk about but BEWARE! I’m going to get into some VERY SPECIFIC SPOILERS below and I cannot recommend highly enough that you go into this show as blind as you can! 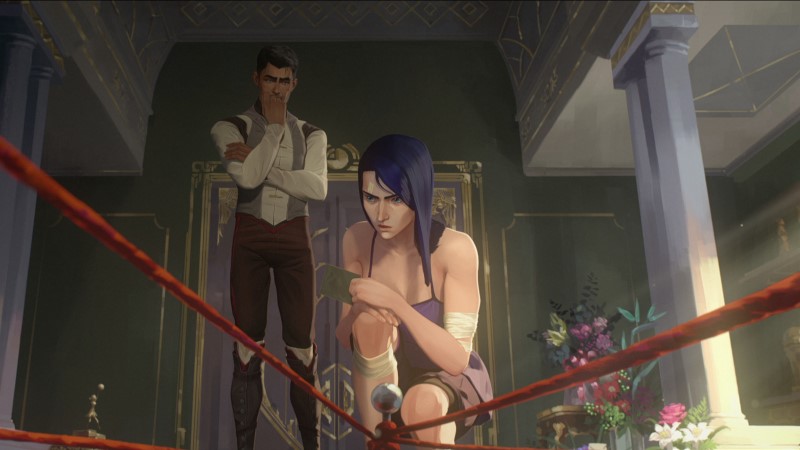 Me planning how to divide this review so those who haven’t seen it won’t get spoiled but those who have know I want to talk about it.
Arcane. (L to R) Kevin Alejandro as Jayce, Katie Leung as Caitlyn Kiramman in Arcane. Cr. Courtesy of Netflix © 2021

So the show is broken into three acts, and each act is three episodes long. And as the first three episodes went on, I thought I knew the kind of show I was watching. I thought I knew what path we were on. I thought I knew, in broad strokes, what the plot of the next two arcs would be like. I thought I knew. But I sure did not. At the end of episode three, when the plan was working, when they were almost safe, I knew things were about to go sideways. But when Powder’s bomb finally works and you know it’s not the right time and you know it’s going to cause some chaos but then it KILLS people? People she LOVES?? I gasped and I’m pretty sure I held my breath the rest of the episode. I don’t get got very often while watching TV but I sure got got this time! 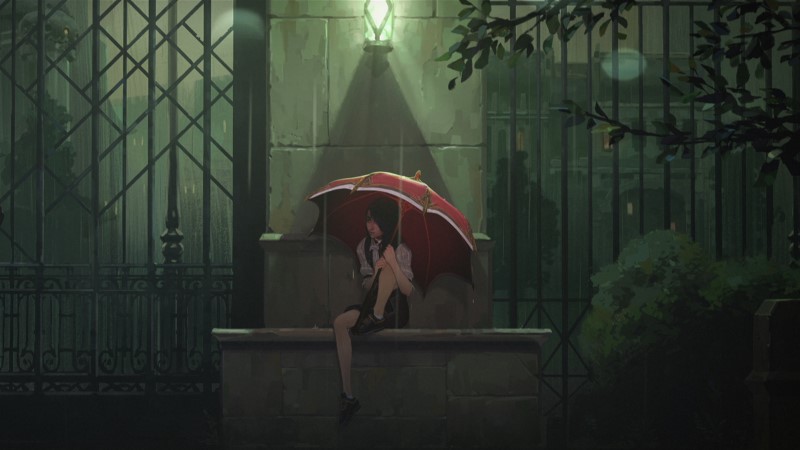 Me after I got got. (Arcane. Katie Leung as Caitlyn Kiramman in Arcane. Cr. Courtesy of Netflix © 2021)

When Vi walked away from her on that bridge, I felt like there was a vice grip around my heart only made tighter when she called her a jinx. I kept expecting her to change her mind, to run back to her sister. And when she didn’t, I could feel the seismic shift in the plot I thought I knew. I could feel the world tip upside down, shaking up all my expectations. But even so, I didn’t expect Powder to become THE villain. It was brilliant and twisted and dark and fun and I loved it.

Where I expected D&D-style adventures and highly stylized fight scenes, I got an exploration on societal stigma and oppression, class wars, and the way trauma impacts us all differently. Where I thought it would be all blams and pows, it was a desperate plea to a sister you hope isn’t totally lost. It was rebellion in the face of loss and defeat. It was heartfelt conversations on a discordantly fancy bed.

I also definitely thought the Vi/Caitlin stuff was going to stay subtext but by the end it became clear to me that it’s canon, and I look forward to the second season, where hopefully they will get to save the world together.