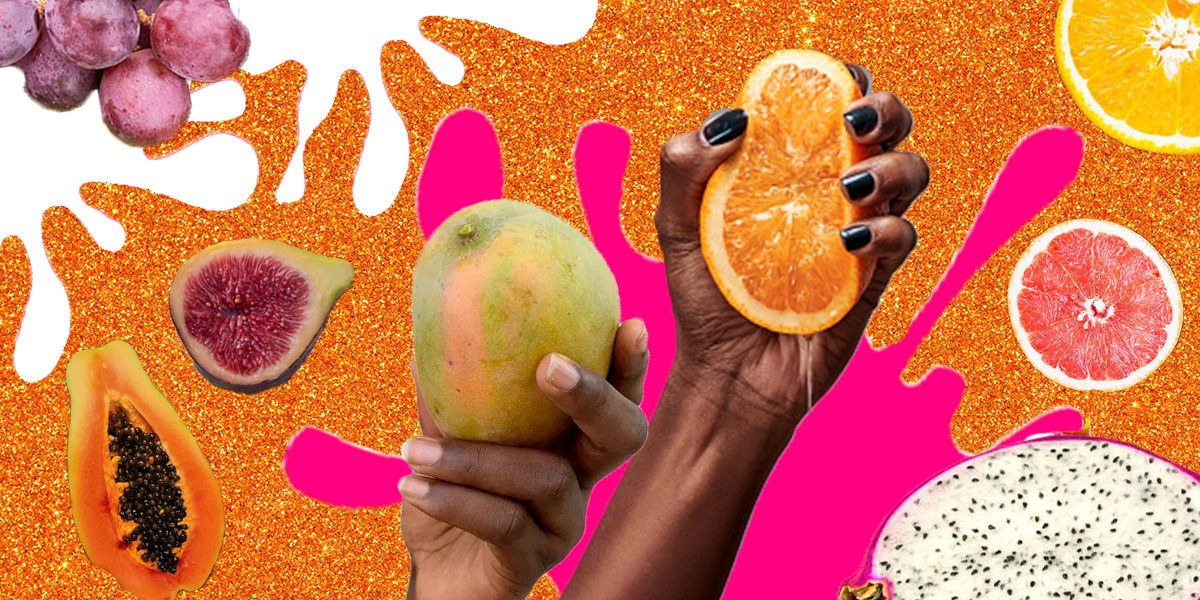 This is the first essay in Empty Magic, a weekly series from Dani Janae about eating disorders and recovery.

All my life, I have heard that breakfast is the most important meal of the day. It is your first taste of nourishment and, often, your first pleasure in the mornings.

I used to love breakfast. Toast with butter and strawberry jam. Cinnamon raisin bread with a smattering of cinnamon sugar. Scrambled eggs with cheese and sausage, pancakes with fresh fruit, and swirls of maple syrup. Breakfast was often the first indulgence.

As a fat kid, I lived under the tyranny of more. More food, more drink, more everything. I loved eating. It was my favorite activity. But eating changed my body, and soon, doctors were telling me I had to lose weight. My mother was horrified by my weight gain and agreed. A woman who had struggled with weight her whole life, she knew what it was like to be teased and ridiculed for her size.

A woman that never got over the teasing and ridicule, she became my first bully.

In order to get out from under the scrutiny of doctors and my mother, I decided I would lose weight. It was a simple recipe really: eat less and eat “healthy.”

My stomach was the bane of my existence.

It wouldn’t hide no matter how big my shirt was, no matter how high I pulled my waistband over the soft brown rolls. I hated my stomach and my thighs, the two areas where fat deposited itself the most. I came to hate my body as the world around me hated it.

And hating me wasn’t hard, not with my mother’s scrutiny or the teasing of school children. Hating me was easy.

I started my exercise journey by working up to 100 crunches a day, done in sets of 10. For breakfast, I had a pack of Quaker oats, usually 120 to 140 calories a pack. I targeted my stomach first because it was the foremost indicator of fatness. It jiggled and protruded, it had to be dealt with immediately.

Five hours with no food seems ridiculous now, but back then our understanding of nourishment was based on a depravity model. The less you ate, the healthier you were.

This proved a problem for my dieting. I was hungry, always hungry. My stomach growling in protest at the small and insufficient breakfast I had given it. The processed, microwaveable packs of oatmeal weren’t the same as a bowl of the regular stuff. The oats were smaller, almost shredded, and of course, portioned out to be unforgivingly miniscule.

Oatmeal itself isn’t necessarily low calorie, but it does have protein and fiber, making it an easy breakfast if supplemented with things like fruit, nuts, and some kind of spread.

My tiny mug of oatmeal made me start the day angry, already experiencing the irritability that comes with a diet of less.

One breakfast food that was a favorite in our house was french toast. Thick, sweet bread rested in an egg batter with cinnamon and sugar, cooked in a buttered pan, then smothered in more butter and maple syrup. If we went out to Bob Evans or some other restaurant, a dusting of powdered sugar wasn’t an uncommon topping to the meal.

Aside from dessert, breakfast is the only meal where sprinkling something with powdered sugar is acceptable. The quiet joy of sugar was one of the first things to go out the window when I was trying to lose weight.

If you can remember the early 2000s, being fat at that time was all about low fat this, no sugar that, reduced calorie versions of your favorite snacks, and more restrictions. Aside from “eat less,” the advice for losing weight was to avoid small pleasures.

If a dish brought you joy, it was probably unhealthy and best to avoid.

Food was about getting energy, not about making a memory or enjoying your time at the table.

My exercise experience started slow in the beginning. I would do my 100 crunches and maybe throw in some squats to target my thighs. Later, I would wake up early on the weekends and head downstairs to watch workout videos on TV, mostly pilates and things that were supposed to elongate and strengthen the core. I sweat and groaned and gave up on moves when my body could not support the acrobatics requested of me.

At my heaviest as a kid, I was 190 lbs. So close to 200, I immediately started sobbing in the examination room. I didn’t know why I was growing so much or how to make it stop. Eating less was quick to work. That combined with my obsessive exercise made the weight start to fall off of me, but not fast enough for my liking.

So, I amped up my exercise. I started moving away from the slowness of pilates and into high-intensity workouts. I ate even less, often skipping breakfast altogether. This made me even more irritable. Even more hair-triggered.

Sometimes, instead of food, I would have a pack of gum. I read somewhere that chewing burned calories, and with less than five calories in a serving (two pieces) of gum, I could burn extra calories while tricking myself into thinking I was eating.

These tricks for weight loss were not buried in pro-ana blogs. They were readily available to me in magazines and videos. They were easy to find, and so they found me. It was diet gurus like Jillian Michaels and media like Seventeen magazine teaching you how to get and stay thin. The other reason I chewed gum is because I had also read that the action of chewing tricked your brain into thinking you were eating, and would result in your body registering a full response.

This was all junk science and total garbage. But it was widely available and accepted, and with no prominent voices challenging these myths, they ended up in the hands of teenage girls.

When you’re fat and start to lose weight, people take notice almost immediately. The congratulations started to roll in, the “what’s your secret?” questions spurned me to smile and say “oh you know, just eating right and exercising!”

I played it off well, though I knew what I was doing was dangerous and unhealthy. I didn’t care. I had lived a life of being shamed and degraded for being fat. Being thin had to be better, and I was quickly learning that as the weight melted away, respect for me as a person grew.

danijanae has written 116 articles for us.