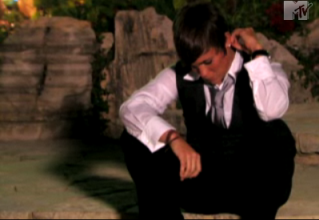 It’s been nearly three years since that earnest smiley genderqueer firefighter first entered our lives via infamous ‘reality’ television program A Shot at Love with Tila Tequila. Dani Campbell was our friendly “futch” ally in a cast populated by violent, alcoholic, hypersexual human-like creatures, and we were subsequently impressed when Dani made it to the final round as the last lady standing.

She didn’t win, but that was fine. Maybe you even wanted her to lose, because by that point either you were blind or you’d developed a massive star-crush on Dani Campbell. If it wasn’t for Dani, you told your friends, you wouldn’t be watching that terribly offensive trainwreck of a show to begin with. She was smarter than the other girls! Or maybe you wanted her to lose because you knew she was cooler than that show. 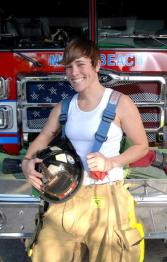 Or maybe you wanted her to win because you hadn’t ever seen a girl who looked like Dani win something on the teevee, even if that ‘something’ was a shot at love with Tila Tequila.

A week before the Tila finale aired, we caught Dani at her first public appearance, the GO Magazine 5th Anniversary Extravaganza, which took place in Webster Hall, New York City. It was a celesbian-studded event! The place was at maximum capacity and judging by the length of the lines everywhere, they were unprepared for this massive turn-out.

At one point the bar ran out of liquor, though it seemed to be pouring plentifully backstage. Guinevere Turner went up to tell an awkward story about how she had been dumped for Leisha Hailey while Rose Troche stood awkwardly beside her. And then it was time for Dani; the last celeb guest before Uh Huh Her‘s performance.

The audience lost their fucking shit. It was absolute pandemonium. Dani, for what it’s worth, seemed bewildered & surprised, like a futch deer in headlights — not only because she was on this stage at all, but also because these people were yelling at and for her.

“When Julie Goldman introduced me and the girls started screaming, I felt like I was a rock star,” Dani later told GO Magazine.  “I told Amy [Lesser] I wanted to go back out on stage with her, the party was so much fun. It’s all been amazing.” 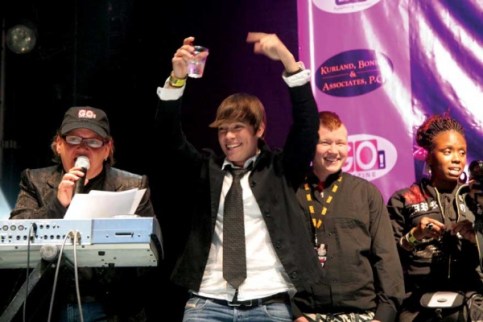 Dani was a natural. Did you attend a major lesbian party/event at least once between mid-2007 and mid-2008? It’s likely Dani Campbell was making an appearance. How’d she avoid the snark typically laden upon Professional Celesbians? By being nice. And charming. And genuine. And cute. No, she’s not terribly complicated; but she’s humble, and she saves people from burning buildings!

The New York Post declared “…win or lose, Campbell is the show’s breakout star. And she did it by avoiding the typical traps of reality TV. Instead of being wild and attention-hungry, she has come across as down-to-earth, open-minded and funny.”

It’s difficult, if not impossible, to emerge from a reality television show with your whole entire dignity intact, especially when Real Life welcomes you back with tequila shots and hot girls. And though Dani Campbell and Tila haven’t spoken since, Dani’s handled hundreds of consequential Tila-related interview questions with unprecedented dignity and respect. That’s remarkable, ’cause Tila Tequila has done some monumentally stupid things. 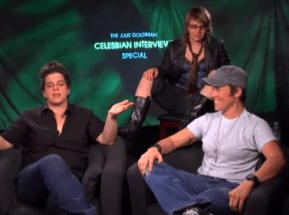 Dani officially separated her identity from the Tila franchise relatively quickly; and most importantly to “Media Visibility” advocates; Dani’s look was unique in a pop culture universe that usually prefers its lesbians a bit more Glamazonian. And she’s committed to making young people feel okay about being gay, now that she’s in a position to do so.

In addition to fighting fires with Smokey the Bear and saving people from other deaths (firefighters are also paramedics), Dani did Dinah Shore, Orlando Gay Days, Pride, the Sweet Cruise, college appearances, radio shows and at least 5,000 party promotion gigs.

Dani’s appearance on The Julie Goldman Celesbian Interviews is the show’s most-celebrated episode.

Julie:“How did this all happen? You basically have shot to celeslationary, you’re on the Tila Tequila show, and every lez’s vadge exploded when they saw you on that show—”
Kate McKinnon: “Mine’s still in Newark.”

Kate McKinnon represented more than her own feelings when she spent the interview awkwardly/aggressively “hitting” on Dani, at one point rolling up her pants and sticking her knee in Dani’s face, breathily emoting “Knee. Boots.” (Later when we interviewed Kate for Autostraddle, she said the whole sitch was awkward mostly because her “crotch smelled” due to “Pam Springs Crotch Rot” and Dani was likely smelling her “womanhood” ’cause Kate’s “legs were spread wide open.”)

In 2008, Dani told Curve Magazine that she was trying to get more involved with the HRC, fight for equality & rights, and answer the questions of the 11-to-18-year-old following she’d seemingly amassed. She wanted to help kids with coming out, help communities get voters to the ballot and fight for equal rights. “I don’t need the fame to be involved in something like that,” she clarified. “That’s just something I’ll be doing now.”

Dani is ready to be used for a higher purpose! Therefore Autostraddle is working on a video project with Dani Campbell and this week you can catch her and her Autostraddle Flip-Cam at The Miami Winter Party (March 3rd-8th), sponsored by the Gay & Lesbian Task Force. 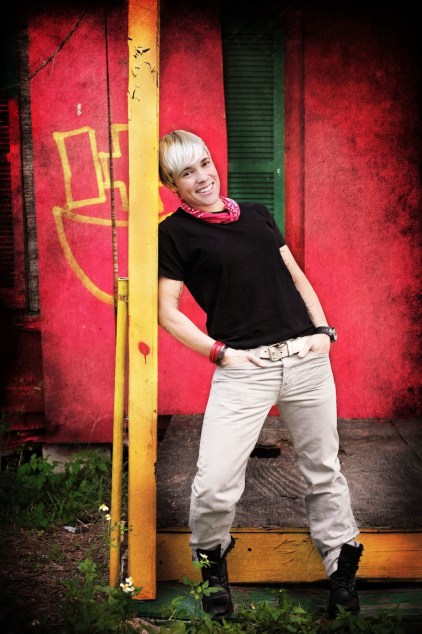 So, that’s where Dani was. This is who she is, and where she’s going.

What would you do if you won the lottery?
First, I’d invest. I’d help my family out, for sure — pay off their houses, then buy myself one.

Where do you most want to go on vacation?
Definitely Spain. I’m using Rosetta Stone to study!

What do you do in your spare time?
Work out at the gym and ride mountain bikes.

How do you unwind during the weekend?
Meet up with friends, go out dancing, just have fun.

How do you meet new people?
I can go out on my own, that doesn’t scare me. I’m not shy at all, I’ll talk to anyone.

What do you find most attractive?
Sense of humor. Hips.

Who makes the first move?
I do. I make fun of myself, try to make her laugh.

What’s a good first date?
If we’re still getting comfortable, go to a bar with with friends, have a drink and talk. For a legit date, have dinner at a nice restaurant.

Who pays for the date?
Me, of course — I pay throughout the entire relationship.

What’s a quality you really admire in other people?
Honesty.

A bit more about Dani:

What’s something about yourself you’d like to change?
I wish I didn’t like eating sweets so much.

Why are you so happy all the time?
It’s always been part of my personality. I can’t help but see the best in everyone and in every situation. Life is great…enjoy it!

What’s your dream job?
I love being a fire fighter and wouldn’t change that for the world, but I think it would be so much fun to make a living by making people laugh like Jane Lynch or Adam Sandler. So maybe I should say that being a comedian would be my dream job.

Tell us a bit about what you are doing right now.
I’m busy and staying connected to my fans. I try to interact with as many people as I can every day, stay involved with my community, and learn everything I can about and politics, and that is a hard and never ending task.

I’m working with a PR team now, Cause+Effect. I’m figuring out what to do with the notoriety of being a ‘celesbian’. There are a lot of opportunities out there. I’m trying to find my direction.

What’s pinkboybluegirl, and how is that going?
I started Futch with the hopes of creating a line of clothing that would cater more to women who liked to dress masculine, but without the bagginess/poor fit of men’s clothing. I changed the name to pinkboybluegirl, because I felt that Futch cornered my clothing to only a certain type of people. I wanted anyone to feel comfortable buying our clothes. We’re still working on expanding the line, but for now we’re selling T-shirts and hoodies at pinkboybluegirl.com.

Are you interested in activism at all?
I am very interested in the issue that all LGBT people deal with every day: inequality. This year I’m committed to getting involved with several different organizations that are working to make a difference for our community. I’d love to help get information out to young people, and make the idea of activism more accessible. I have a lot of ideas, and a serious passion to make a difference.

Who are your role models?
All of the LGBT people who have paved the way thus far. Keep fighting!

If you’re an aspiring filmmaker in the Miami area, drop a line to brooke[at]autostraddle[dot]com about internship opportunities.