Hey-o it’s August! Can you believe the summer went by so fast and it’s already time to see another girl in her skivvies for the Best Calendar of All Time? I hope you’re wearing a cute rash guard! 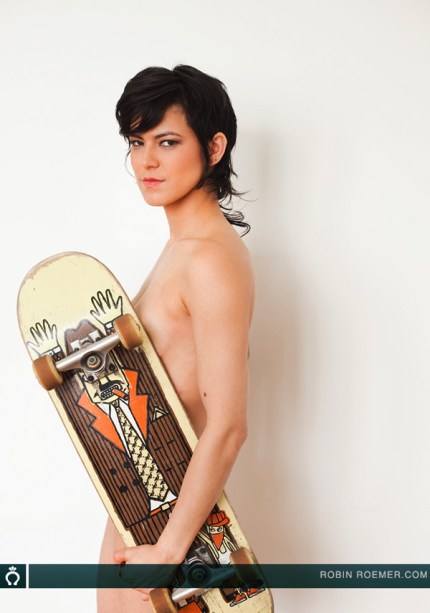 “Laura has a great androgynous and unique look. We loved her hair and her tattoos. She’s also just a cool chick who knows how to work it for the camera! Thanks again to Sara Medd [stylist] and Christina Natale [make-up] for all their genius and help!” 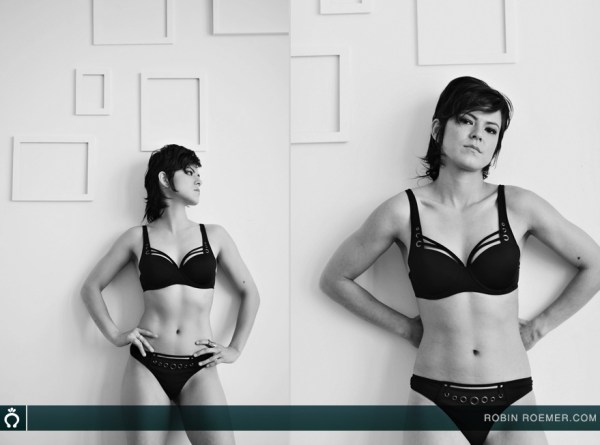 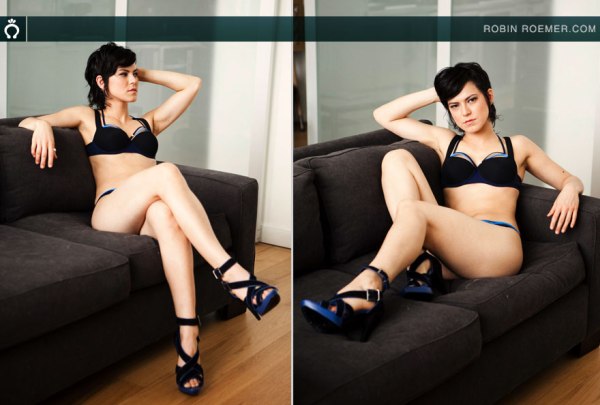 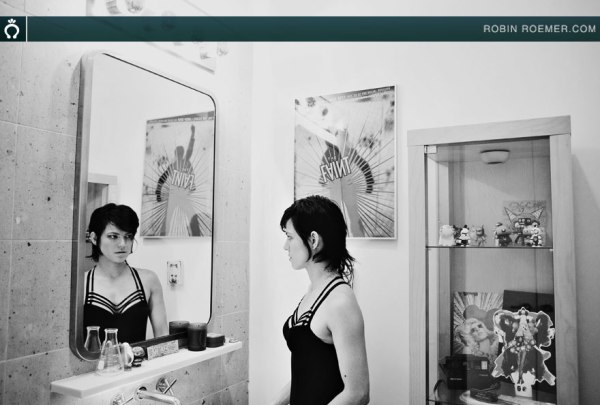 Laura’s a Cali girl who loves skateboarding, rock climbing, nature exploring and “any good challenge.” This massage therapist, yoga instructor, personal trainer and nutritional consultant is “very spiritual” and believes that peace begins from within, just like strength. “I love involving myself with creative people and making art,” says Laura. Art! We love art too! 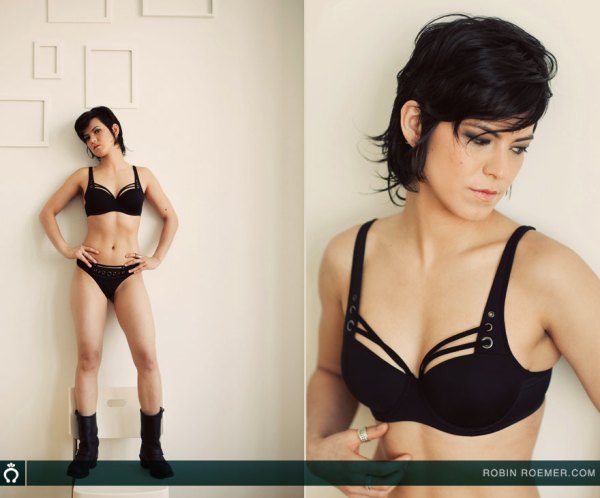 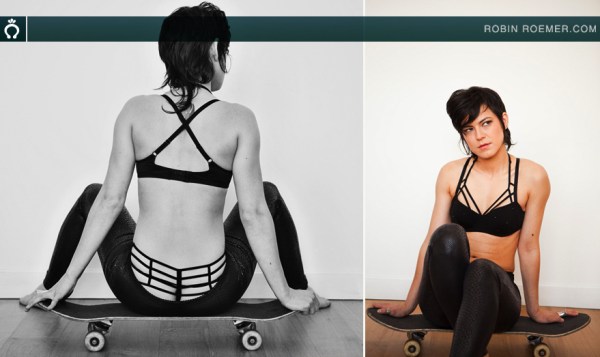 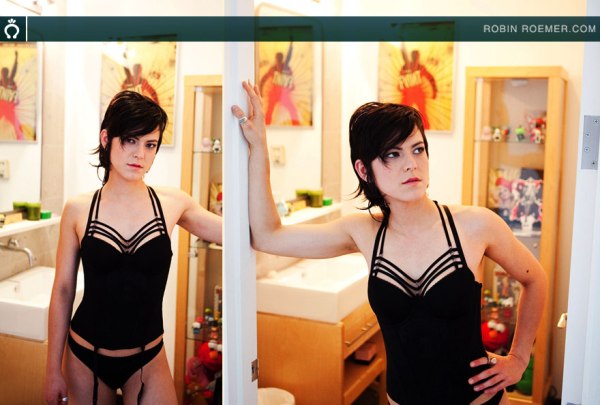 As always; if you’d like to be gawked at by thousands of lesbians and get photographed by celebrity world-famous photog Robin Roemer, email Robin at robin[at]autostraddle[dot]com with two photos of yourself and tell her a little something about why you’re so special. You must live in the NYC area or be able to get there and be 21+.