Oh hey it’s October! Time for cardigans and pumpkins and a brand new hotsexy half-nude gay girl IN THE RAIN. Did you think it couldn’t get better? Did you think we were kidding around here? Autostraddle does not play, y’all. Lesbians. Underthings. Rain. 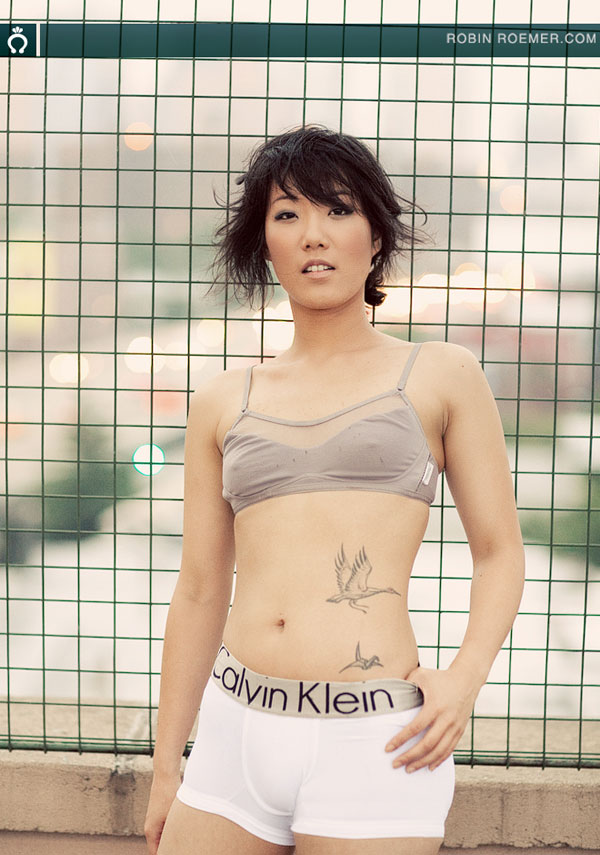 “Elena was super adorable and fun to work with. She is also quite brave as we shot with her on a roof during a lightening storm! We loved the really pretty bird tattoos on her stomach. Thanks to stylist Sara Meddand make-up artist Christina Natale for all their work on this shoot!” 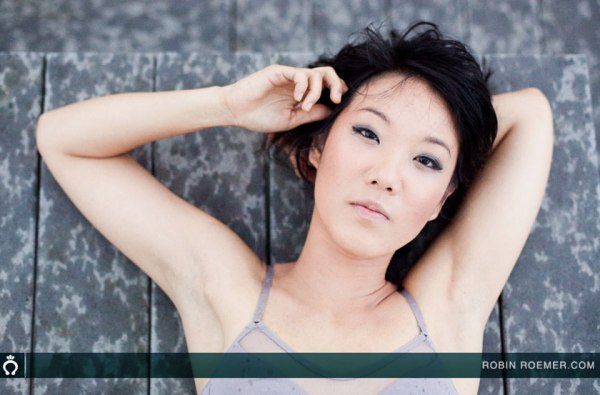 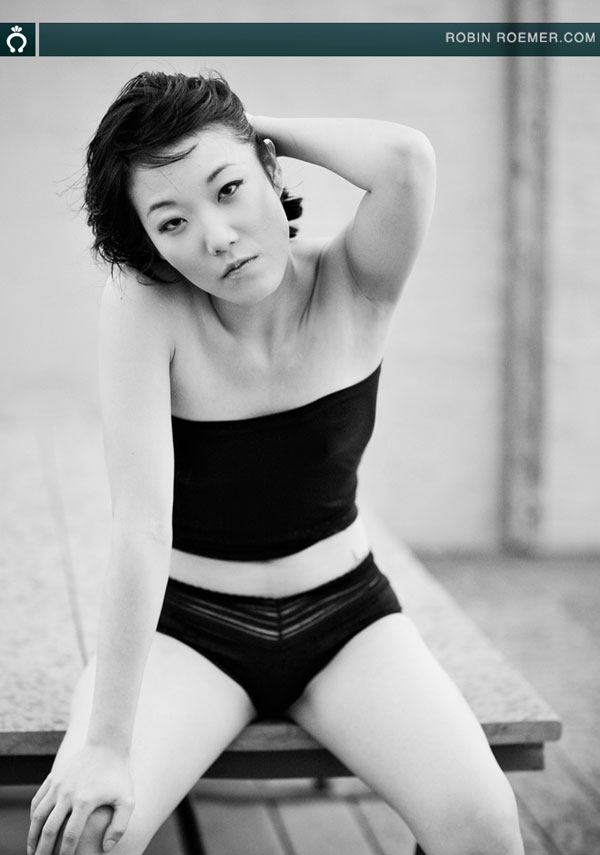 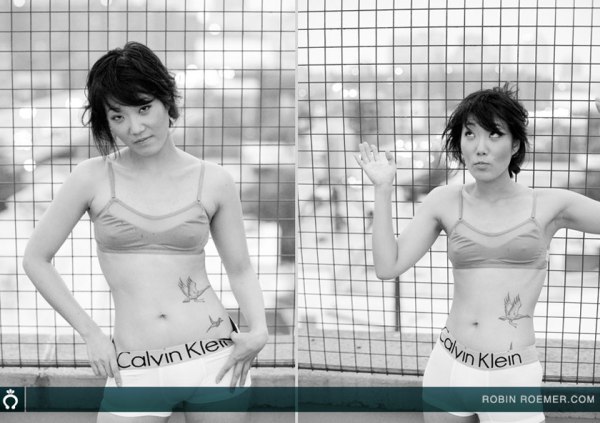 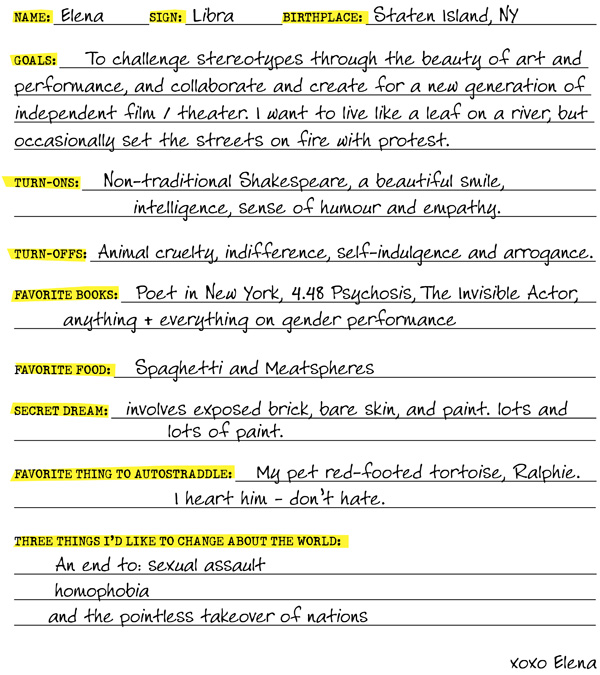 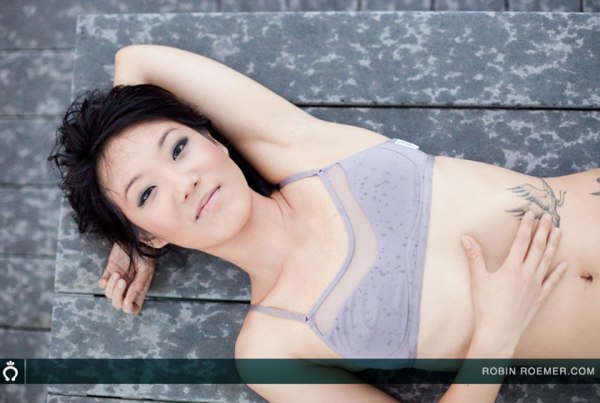 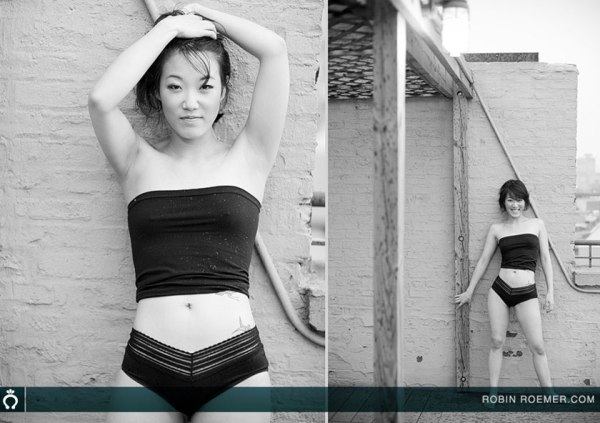 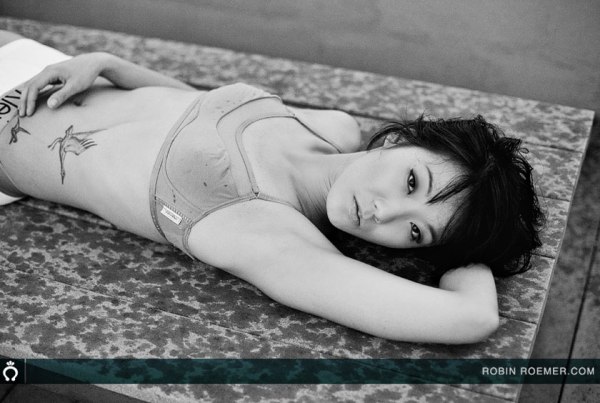 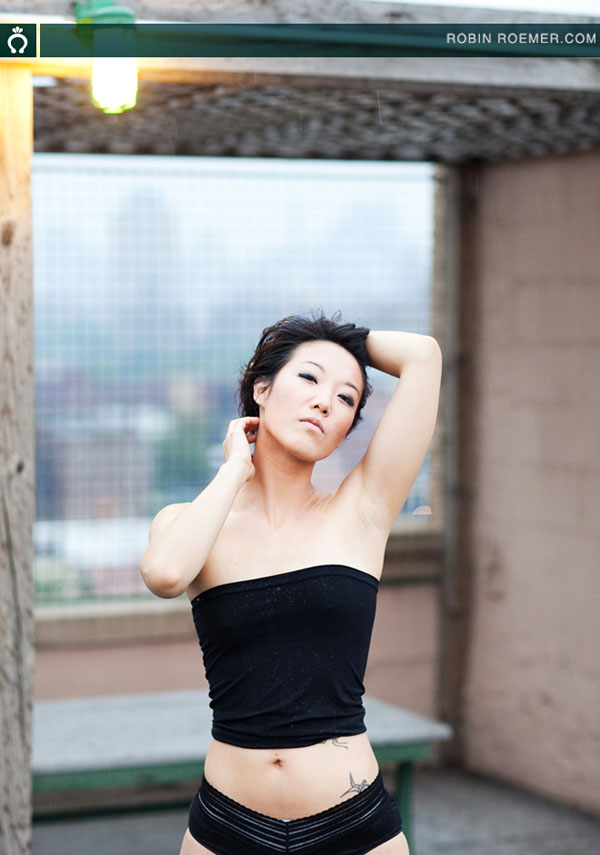 + We need a new location in New York City to do a special shoot. We are taking suggestions for that right now, so email robin[at]autostraddle.com if you’d like to offer one.

+ Robin will be doing the Ms. January 2012 shoot in Los Angeles. If you are an LA-based gal and have been dying to apply, now is your chance!