I have a song stuck in my head and it starts with a kick drum. It’s called Limb from Limb, a punchy track from all-female alt-rock quartet and CMJ Music Marathoners, Vanity Theft.

Despite having a band name and song title fitting for a Californian thrash metal band, these girls look and sound like anything but. 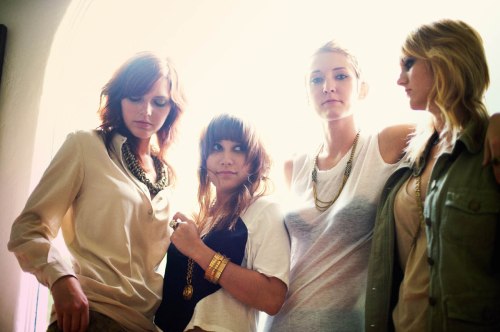 Vanity Theft are Alicia (vocals/keyboard), Brittany (guitar), Elyse (drums) and Lalaine (bass), four talented young women hailing from Springboro, Ohio. Right now these girls are wowing crowds across the United States on a lengthy tour with with label-mates Sick of Sarah, no doubt fueling anticipation for their October 26 release, The Anatomy EP.

Vanity Theft will play a CMJ Music Marathon showcase at The Studio @ Webster Hall, NY, on Oct. 20. Full US tour details are here. Check out their latest music video, Limb to Limb, below.