Riese: Do you think that being in the public eye has affected your life negatively at all — has there been any backlash?

I’m not the kind of person who would look at things that way. I’d never say, “These are the bad things about my status right now.”

When I’ve been single and I’m going to a gay bar or something, there’s always the question of if someone wants to ask me out ’cause they liked who I seemed to be on America’s Next Top Model or if they actually liked me, you know? Well, it’s complicated.

Also, it’s obviously hard to read blogs that call me fat or annoying. And everyone says that I’ve given up who I am because I wear dresses sometimes. All of that really bothers me.

Riese: So what do you think about the whole feminine/masculine thing? I saw a Curve headline citing you as the first “butch” top model, which struck me as odd —

Kim: And that’s not even true! Because Ebony in the first season was butch! 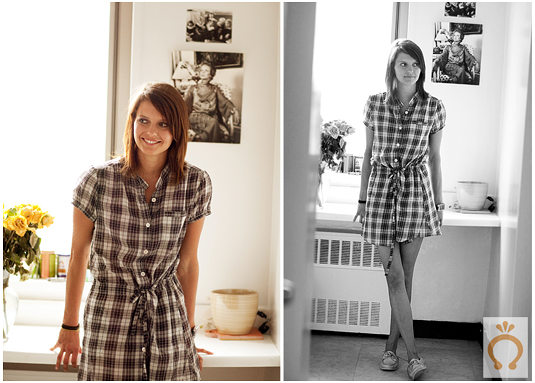 Riese: How do you feel about those words, and everyone freaking out about how you have long hair and things like that?

Kim: Since I was five years old, I’ve never really cared about what people thought of me, whether it was how I looked or who I loved or anything.

Today I’m wearing a dress, and my hair is straight and long. Last week I went to an event wearing a tie and jeans that were certainly too low. It just depends on how I feel.

But it’s sometimes disappointing to me how the LGBT community — which I care about and live in — seemed to be pleased with me when I was “butch” and now there are factions of that same community that want to make fun of me or scrutinize me because they see a picture of me on the red carpet wearing a dress. MTV, Elite, Ford — they’ve never told me what to wear, how to look or how to wear my hair. It’s been my decision and being in the public eye hasn’t made me change.

If everyone could go back in my life they’d see that I’ve always fluctuated my look. Yeah, back on Top Model I had short hair and was acting a bit  more androgynously, if that’s the word you want to use.

But, are you kidding? Today I’m wearing a dress, and my hair is straight and long. Last week I went to an event wearing a tie and jeans that were certainly too low. It just depends on how I feel.

People don’t seem to criticize famous straight actresses in the same way. It’s not like, “Oh G-d, Charlize Theron cut her hair and she’s all of a sudden a lesbian!” 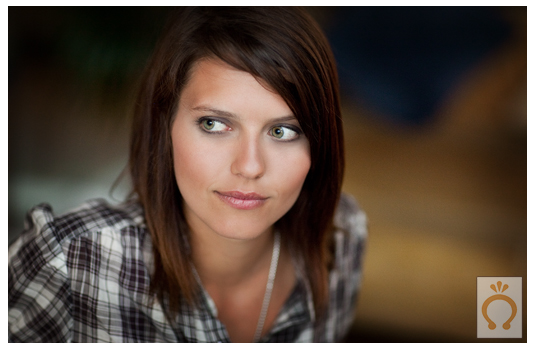 I think that the LGBT community is very much afraid of losing some of its numbers. And I just wish they’d realize no matter how matter how I dress or look, I will always be really gay.

Riese: I’m really glad you haven’t let the media or whatever deter you.

Kim: I also think it’s important for people in Red States and more conservative communities to see a lesbian who’s not butch but might look just as feminine as one of the football player’s girlfriends.

I don’t even like the word “gender,” I don’t understand the point of it.

Riese: I mean that’s a lot of what we’re trying to do with our website. So how do you feel about this binary gender system?

Kim: I don’t believe in a gender binary. I think that there are probably an infinite number of genders that one can be, and I do mean that in an abstract way. What’s the point in trying to decide if there are two genders or three or three million? However people want to express themselves and however they feel, that’s who they are. That’s their gender, that’s their personality, that’s their sex, that’s who they are. I don’t even like the word “gender,” I don’t understand the point of it.

Riese: Do you ever feel haunted by all the ridiculous things that were said on Top Model?

Kim: You mean like when the girls talked shit about me?

Riese: Or when you’d walk offscreen and Tyra would be like, “She walks like a football player!” You know how with some girls, someone called them fat in 7th grade and they still haven’t gotten over it, what’s it like to deal with that on a national level?

Kim: I mean, I went through middle school being a total nerd, and I dressed exactly how I often dress now, which was in tapered jeans and high tops and flannel, and I wasn’t cool. And I dealt with people talking about me behind my back all the time. So on a television show that makes its ratings on drama, and, I mean, it’s a modeling show, so I certainly don’t care.

Next … “Probably one of my best skills is my gaydar …”