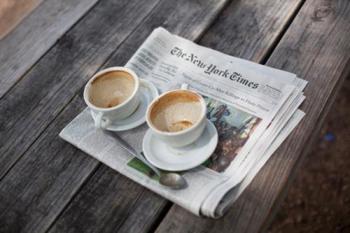 HELLO and welcome to the 20th installment of Things I Read That I Love, wherein I share with you some of the longer-form journalism/essays I’ve read recently so that you can read them too and we can all know more about Angry Birds and teaching film in prison!

However, I’ve decided to start including author names here to sort of “check myself” and make sure I don’t only publish shit by dudes, in light of this. I’m not going to pick something or not pick something based on the gender of the writer (as this is the only column on this site where that’s not a consideration), but I just wanna be more conscious of it.

A Sea of Words (March 2011), by Jessica Crispin for The Smart Set – Bookslut on all the books and all the writers and all the people teaching writers to be writers.

Angry Birds, Farmville, and Other Stupid Games (April 2012), by Sam Anderson for The New York Times Magazine – Oh nothing, just my favorite writer Sam Anderson writing about something relevant to your interests again. I read about video games, you guys. I never do that.

Risky Writing: The Story I Always Tell And Never Tell (November 2010), by Gina Frangello for The Nervous Breakdown –  “I can promise all the young, wild people out there that living a life of intensity does not end when you stop going home with strange men, stop snorting coke in the bathroom of the club, stop starving or cutting yourself, stop sleeping on the floor of the overnight train or ferry on which nobody speaks English, stop living in the squat, stop letting somebody tie you up who probably shouldn’t be trusted to drive a golf cart. I promsie that self-destruction or partying or adventure is but the surface of risk, and that bigger risks happen later, when you have more than your own body on the line and still dare not to numb out and cloister yourself inward to maintain the illusion of safety.”

Dangerous Worlds: Teaching Film in Prison (Summer 2011), by Ann Snitow for Dissent – I just got lost in this thing and then kept reading it and then it was over and I’d read it.

Guys Who Like Fat Chicks (May 2011), by Camille Dodero for The Village Voice – How did I not know about this when it came out last year

California Girls (August 2011) by Zan Romanoff for The Paris Review: “Joan Didion is the patron saint of girls like me, and it was not until I was gone that I learned that I was not some lone misfit but one of her tribe: girls who grew up bookish and uncomfortable, who left home only to find themselves drawn back to it. I had no idea that I was a California girl until I left and found myself, finally, somewhere else. It turned out to be pretty nice but it will never be home.” (yes, didion/nyc/california is a recurring theme for me, I just can’t get enough of it!) (someone made a similar point to what this author makes in another TIRTL thing I put out there recently, I think)

My So-Called Blog (January 2004), by Emily Nussbaum for The New York Times: Oh, 2004! Have you heard of this web site called Livejournal?! Or Xanga?! Teenagers have blogs!

My Father Is an African Immigrant and My Mother Is a White Girl from Kansas and I Am Not the President of the United States (July 2011), by Ahamefule J. Oluo for The Stranger – I have always been the overachiever in my family—the one who NOT ONLY got his GED, but also finished an ENTIRE YEAR of college. “He has his very own basement apartment!” my grandma proudly explains to her neighbor. “And he’s never stabbed anyone.”

Related:'zines/magazines#longreadsThings I Read That I Love