“I just wish they’d realize no matter how matter how I dress or look, I will always be really gay”: Riese interviews and Robin photographs Kim Stolz of America’s Next Top Model, MTV-U, MTV News, True/Slant and The Huffington Post!

Buy raffle tickets now … or be very sorry later. (Raffle ends this Sunday! Anyone can enter!)

IT’S YOUR GIRLFRIEND: Once a week, Daily Intel looks behind doors left slightly ajar. This week, the Newly Lesbian Lesbian, who is Loving It.

Been there: Receive IM from my male ex. I don’t understand how he can bitch about me “turning lez” yet still want to hang out. It’s one or the other, dude.

Don’t Tell: Saying good-bye is usually a twenty-minute affair involving lots of kisses and hugs. Some guy yells that he “does not like that” and “will tell Bloomberg.” Well okay, you do that.

GAY: As part of its special Stonewall section, New York Magazine features “The Gay Generation Gap, 40 Years Since Stonewall“: the gay movement has never been more united. So why do older gay men and younger ones often seem so far apart? … The notion that anger no longer has a primary place in the gay-rights movement can feel awfully uninformed to anyone raised on the protests of the late eighties, when say-it-loud outrage was one of the movement’s only effective weapons.

DON’T GET MAD, GET GLAD: GLAAD is really mad at Perez Hilton now. Between Perez and Bruno they are very busy with potentially evil alleged allies this week.

GAY(s lacking) DIVERSITY: Pam Spaulding tells it like it is – What I believe hurts our case a bit, from a PR (and strategic) perspective, is that we’ve seen few LGBT people of color on-air as the movement faces off against the first black President and his administration. 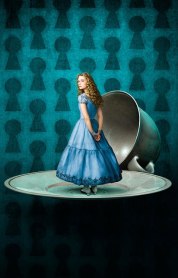 GET YER HISTORY: The Importance of Stonewall: Some have called it the “hairpin drop heard around the world.” Others have rightfully labeled it the reason that we celebrate pride during the month of June. And though there were certainly organizers for LGBT rights before Stonewall (including several years earlier in Philadelphia), Stonewall is the event that history books remember as the most famous.

UNDERSTAND YOUR AUDIENCE: The White House, The Gays, and Lessons to Learn.

LEZ: No Drinking, No Drugs, No Lesbians: How Homophobia Still Rules in Sports: Unlike men’s basketball, where concern about a player’s sexuality is rarely addressed, it’s common practice in women’s athletics to raise the specter of lesbian players and coaches. You would think this has changed, since five states recently extended marriage rights to same-sex couples. But with the prospect of losing their scholarships and being cut from their teams, very few student athletes feel safe enough to come out. Clearly, we still have a long way to go.

WOMYN: Trailer for Training Rules, a documentary about world-class female college athletes kicked off the team and losing their scholarships for being gay.

Training Rules (trailer for the documentary) from Woman Vision on Vimeo. 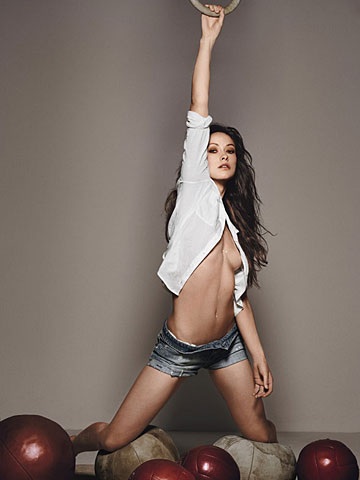 Olivia Wilde is Good at Working OUt

↑ 77 Congressional Members Call On Obama To Stop DADT: ”It is a presidential moratorium, it is a significant presidential action, but it’s not an executive order,” said Christopher Neff, political director at the Palm Center, a research institute at University of California, Santa Barbara. “They basically want the military to disregard anyone who ‘tells’ [of someone’s sexuality] as long as there isn’t a [Uniform Code of Military Justice] violation or something criminal.”

↑ Obama Invites Gay Rights Advocates to White House: As advocates for gays and lesbians intensify their criticism of the White House, President Obama has invited some of their leaders to an East Room reception next Monday to commemorate the 40th anniversary of the Stonewall Rebellion.

↑ CT Senator Chris Dodd changes his mind, endorses gay marriage (@dodd.senate.gov)
The things that make those families different from their own pale in comparison to the commitments that bind those couples together. And, really, that’s what marriage should be. It’s about rights and responsibilities and, most of all, love.

↑ The entire animal kingdom is one giant cesspool of sexuality. But with all the theories of why some of us are (nature! nurture! God wants us having hotter sex!), it still doesn’t explain one notion: If being gay doesn’t produce offspring, shouldn’t evolution have phased out homosexuality some time ago? What a terrible universe that would’ve been!: Five Reasons Why the Universe Let Things Be Gay.

from Crystal:
It’s no secret that the Rodeo Disco is the hottest ticket in town during New York Pride. But if you’re unable to attend because you live in Sydney, then the place to be is the One Way Street Party. Oxford Street is closing down for the evening, allowing you access to all the main joints on the strip for $10. Proceeds go to charity. Go on.

from Laneia:
This album has made my month, and it’s not even out yet—Rostam Batmanglij and Ezra Koeing (Vampire Weekend) + Wes Miles (Ra Ra Riot) + Angel Deradoorian (Dirty Projectors) =Discovery—this beautiful, synthy electropop that almost makes my heart explode! You can listen to a few of the songs here and buy the album in two weeks. Trust me, the cover of “I Want You Back” will melt your eardrums, in a good way