Riese: Back into politics, you wrote, about two weeks ago, about trying to give Obama the benefit of the doubt despite his lack of follow-through so far on key gay issues. Have you changed your opinion this week?

If President Obama says that these rights and decisions are best left up to the states in every way, then why aren’t we repealing DOMA? DOMA’s a complete rejection of that notion!

Kim: I’m disappointed that Obama didn’t extend full benefits to same-sex partners. I don’t understand his prerogative in limiting these benefits especially ’cause I saw a show a few weeks ago where he said something to the effect of, “I don’t know about marriage, but I want the LGBT community to have full benefits and rights.” He just absolutely went against what he said, and yeah, of course that’s disappointing to me.

If President Obama says that these rights and decisions are best left up to the states in every way, then why aren’t we repealing DOMA? DOMA’s a complete rejection of that notion! I have faith that President Obama will support equal rights for the LGBT community, but I think we might have to wait until a second term.

Riese: What do you think we should do in the meantime besides waiting for bigoted people to die?  When you were offed from ANTM, a lot of people said it was ’cause America wasn’t ready for a gay Cover Girl and now Ellen’s signed with them. Do you think things are changing rapidly enough?

Kim: I think there’s a domino effect in terms of states, like Iowa legalizing gay marriage leading to Vermont, New Hampshire and Maine. There’s a momentum despite the fact that the federal government isn’t willing to step up at this juncture. We need to build the grassroots support in our states & communities that brought Obama into power in the first place.

So I think it’s really about a grassroots effort right now and fighting for rights on a local level, and hopefully the federal will either follow or just let it pass. 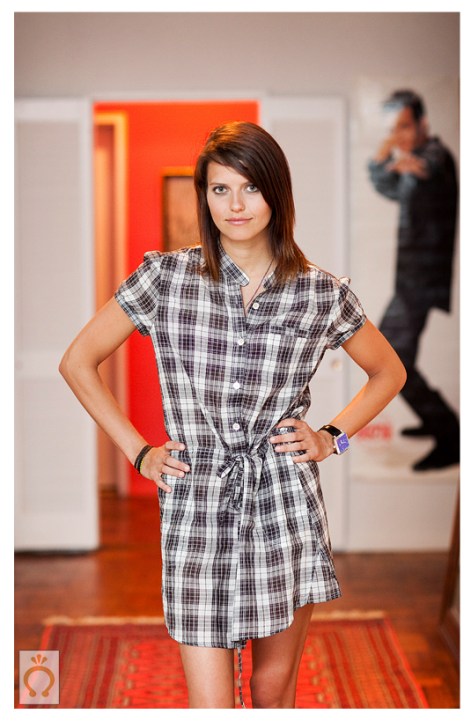 Riese: Do you expect people in the public eye to be honest?

Kim: I don’t know that anyone can expect people in the public eye to be honest when there’s so much effort to counter that.

Riese: … in an ideal world?

Kim: Sure. If all of the gay actors and actresses in Hollywood came out and said they were gay, I’m sure we’d have gay marriage legal in the United States today.

Riese: Does it drive you crazy, when you know people are gay, and they won’t admit it?

Intern Katrina: As someone with a journalistic background, what do you think it says about the media now that “outing” someone has gone from being a huge taboo to an open non-publicized secret to now when “outing” is actually done, like with Lindsay Lohan?

Kim: I think that people are being outed in all different kinds of ways now because of the social networking world we live in. Being outed for being gay or lesbian is no different. In a sense it’s good, because it brings a typically silent issue to the table. But at the same time, everyone’s life is in the public eye, and these people may be less willing to feel free when all their actions are publicized everywhere they go. We’re at a very strange and flux time right now where we’ll have to see if this public outing and everything with gossip & Twitter & social networking & even what many news organizations are doing actually ends up being beneficial or not.

Kim: I like Twitter a lot, yeah. I get a lot of my news there. I enjoy it, I think it’s fun. It’s a great way to get out the things you’re doing, whether it be just for your friends or for a fan base. I think it’s a totally great tool.

Next … “I think that the LGBT community is very much afraid of losing some of its numbers. And I just wish they’d realize no matter how matter how I dress or look, I will always be really gay.”