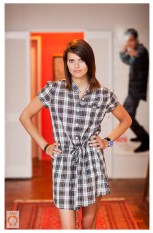 We’re really, really, really, really, really excited to present Riese’s interview and Robin’s photoshoot with MTV-U VJ, MTV news correspondent, Huffington Post writer, successful fashion model and smokin’ hot out lesbian Kim Stolz, who you may know best from America’s Next Top Model Cycle 5 and the 500 gay press stories about Kim that followed her appearance on that show. She has truly awesome things to say, you will feel better about life after reading the interview we promise xoxo.

Moving on … If you haven’t already read our interview & photoshoot with Kate McKinnon and take a longing look back at that wonderful place we call high school. 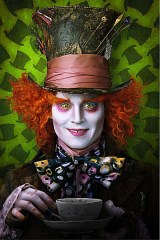 GLAMBERT: Hi-Fi Recordings/Wilshire records has decided to take hellfire into their own hands by doing something Jesus would not like at all – they’re releasing/promoting On With the Show, a record Adam sang on, because it’s “the right thing for fans to hear this music.” Lambert denounces the record: “I was hired as a studio singer to lend my vocals to tracks written by someone else. I was broke at the time and this was my chance to make a few bucks.” Well, now Hi-Fi is gonna make a couple too.

POP: First peek (and another peek!) at Tim Burton’s Alice in Wonderland, starring lesbian man-crush Johnny Depp as well as Anne Hathaway as the White Queen and Helena Bonham Carter as The Red Queen.

CELEBRWHOCARES: I could not possibly agree more with Hortense at Jezebel’s rant on John & Kate Plus Nobody. I’ve never once sought out information about these people, read anything about them or watched their show (or anyone’s show really, besides the Interventionists), yet through my daily fix-hunts and trips to the grocery store or newsstand have NOT BEEN ABLE TO AVOID INFORMATION ABOUT THESE PEOPLE: Hortense at Jezebel rants on John & Kate Plus Nobody.

POP: Ten most fashionable films. Clueless, Breakfast at Tiffany’s are included but strangely Labyrinth and Tank Girl are not and I do not know why.

WOMYN: For God’s sake, sort yourselves out!

IRAN: “Women in have become more than just a symbol for the kinds of reforms people were seeking with the election of Mir Hossein Mousavi: they’re leading protests; they’re encouraging others; they’re allowing themselves to be visible symbols of the oppression of any opposition to the regime; and they’re rapidly becoming the face of that opposition.” — Jezebel has good excerpts from stories of the chaos, including tales of female leadership and courage.

GAGA: Hey, let’s end on a good note shall we?! Or at least we can end this daily fix by shooting fireballs from our boobs in the style of Lady Gaga performing ‘LoveGame’ and ‘Pokerface’ at the MuchMusic Awards yesterday:

↔  Barack Obama’s staff secretary said the Department of Justice’s lawsuit response to DOMA was “an awful lot better that the brief that was written in the Bush administration,” adding, “There’s no question–personal statement–that there were some cites in there that should not—that should not have been in there…They were trying to…essentially eliminate arguments that the Bush Administration had made.”

↑ This is the cutest story ever: Same-sex weddings, heartland style: 52-year old Cindy Pollard doesn’t have to dodge bouquets no more and proposed to her partner of 10-years three times on the day it was legalized, Beau Fodor (amazing name!) pinched himself and became a gay wedding planner, and more heartwarming stories of love! and Life!

↑  How refreshing to hear a politician say, “I was wrong”: a letter to The New York Times in response to Tom Suozzi’s argument for now supporting gay marriage.

↓ Are Schools For Gay Children Necessary? I don’t know, is the photo they used to accompany that article necessary [also, the image tagged code along with it reveals that it’s from the Greece Gay Pride Parade, which I’m certain is not related]? Is this what happens in gay schools? If so yes very necessary. 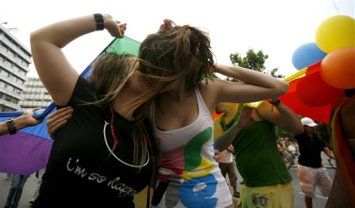 ↔ Why The Gay Rights Movement Has No National Leader: Frederick Douglass became the face of the black abolitionist movement. A century later, Martin Luther King Jr. played that role in the civil rights movement. Betty Friedan and Gloria Steinem became the spokeswomen for the modern women’s movement. … about to enter its fifth decade, the gay rights movement has never had a such a leader despite making remarkable strides in a relatively short period of time.

↓ Those crazies at the Westboro Baptist Church are at it again. Except this time they were in (of all places) the West Village in Manhattan on Sunday telling us the ushe: God hates fags. Oh, and Jews this time! The video highlights the counter-protest which was bigger and better and makes your heart warmer.

CEO and Creative Director Tracey Robinson came up with the Lipstick & Wildflowers concept in the summer of 2005 in response to the edgy, fashion-forward & unique style of the bois, butch, genderqueer, drag kings, androgynous women she kept seeing out in NYC — and the failure of the mainstream fashion industry to actually design clothes for these women. 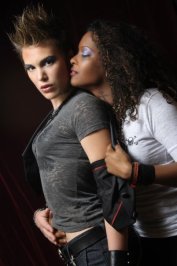 Robinson noted that “Gay men are perceived as having all the style while the women are left to fend for themselves,” and therefore she birthed Lipstick + Wildflowers, Alternative Lifestyle Apparel for Women™: “Masculine Attitude, Feminine Fit™”.

In addition to a healthy roster of smokin’ hot genderqueer models, L&W appeals to Autostraddle because they believe in the same stuff we do; that it’s your prerogative to play with and blur the lines of gender, that queer girls are cool too and that projecting a positive image of the LGBTQ community includes helping and contributing to the community itself, youth and the arts. 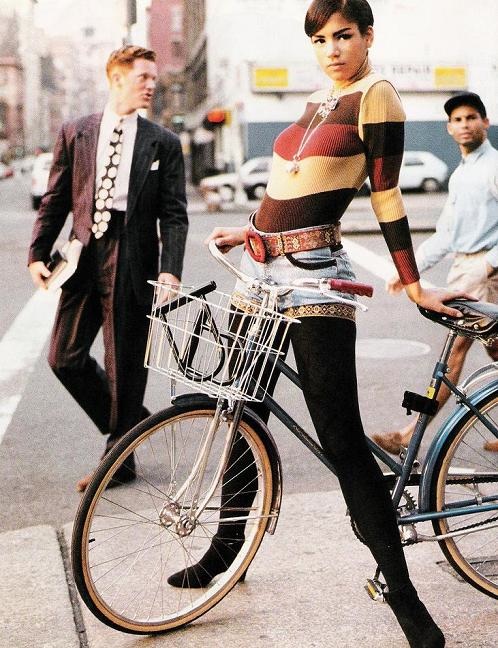 from Alex: Ahh the dying art of letterpress printing! You see, back in ye olde days before computers… erm, nevermind. This video is a nice little peak into the process of printing a poster the old fashioned way, which I wish I could say I’ve done.
+
+

from Crystal: Harmonix has previewed the opening cinematic for the Beatles’ Rock Band release (out September) and it’s a sure sign that the game will be amazing. See it here.
+

from Robin: Is everyone ready for the Autostraddle 2009 Rodeo Disco? There is still time left to overnight a brand new cowboy hat!