This week on The Real World: Ex-Plosion, Ari found herself smack-dab in the middle of Hell. 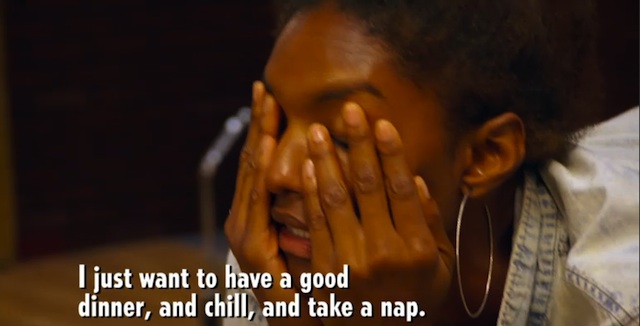 Shit hits the fan first when Tom decides to lose every last piece of his shit during a series of unfortunate events brought on only by his douchebaggery, including breaking up with Jamie. 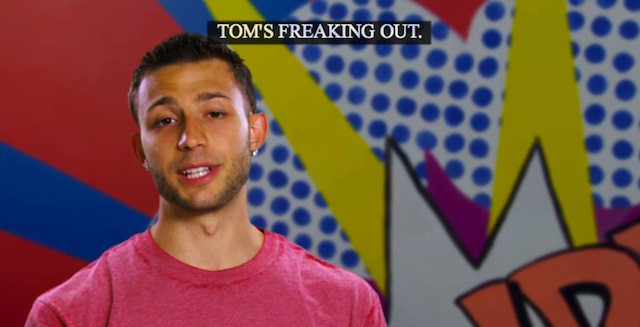 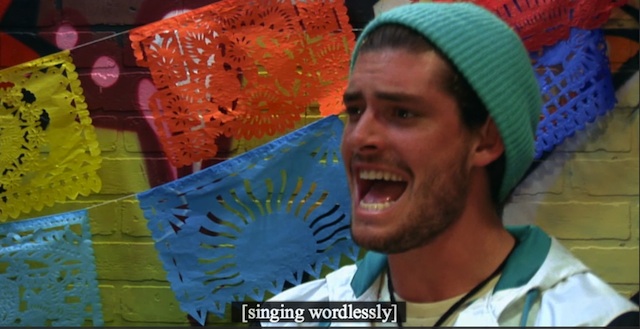 While Hailey slowly plots to ruin Jamie’s life for being infinitely more interesting than her, Ari butches it up and lifts furniture in the other room. 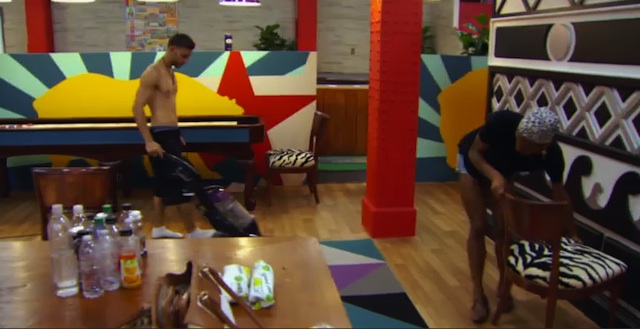 But don’t worry. She loses her shit, too. 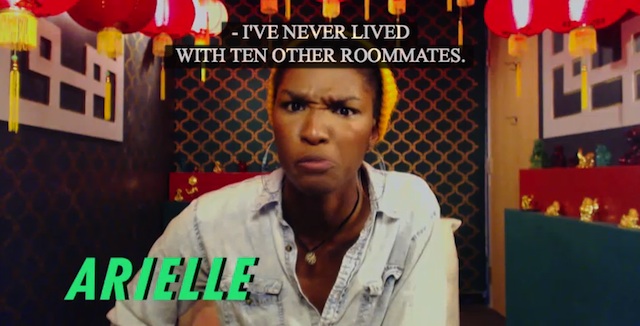 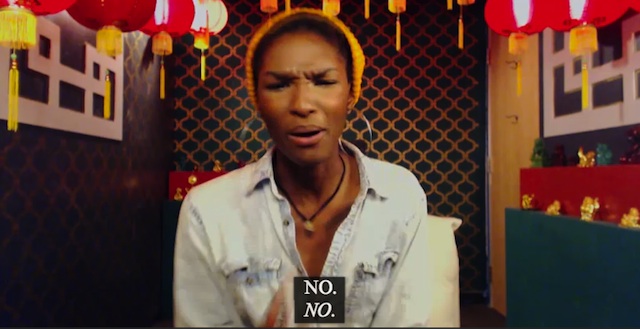 Ultimately, each roommate finds solace at the gym, the beach, and every other location commonly associated with escapism, avoidance, and denial. Ari looks good, though. 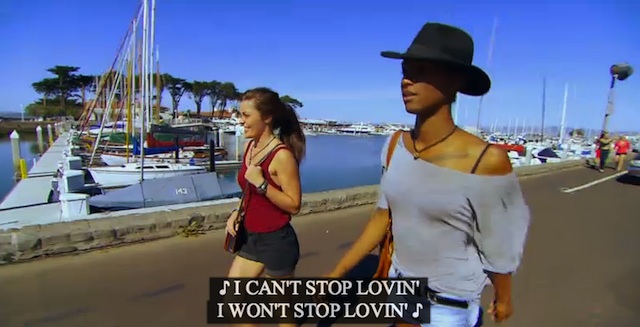 When the plot moves from Jamie’s Amazing Grace to Jenny’s Lookalike Lover – her boyfriend, Brian, being a total jerk – she finds her own kind of solace: Booze. 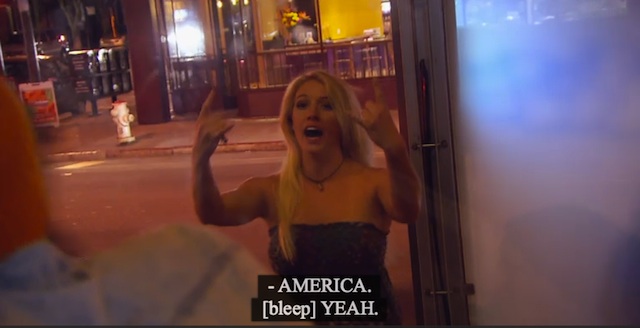 She meant to say “Vodka”

Ari steps in as resident Chill Zone Director to fix their squabbling because, like, it just kills her vibe. 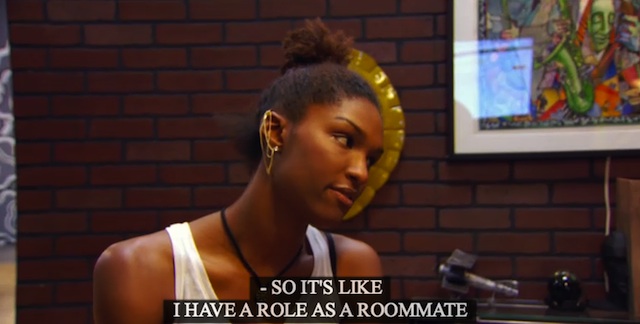 to fix you, as a person, before I fucking kill you

…which is a huge gift to the emotionally challenged Brian. 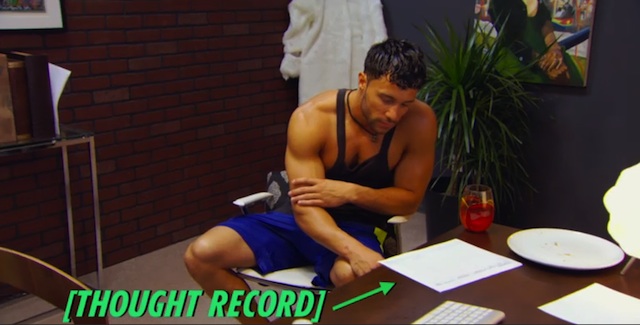 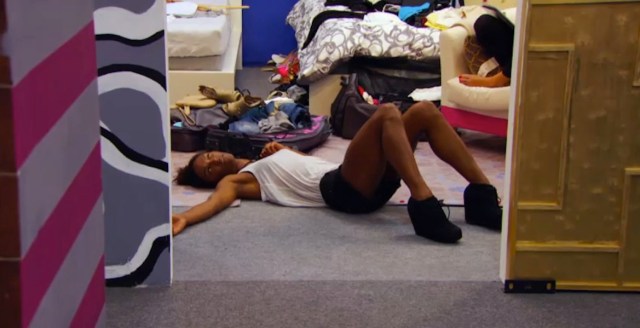 Later on, Tom sorts out his life and comes back ready to love Jamie harder better faster stronger. Like most men who have caused irreparable harm in their worlds, he looks back on his life and thinks, 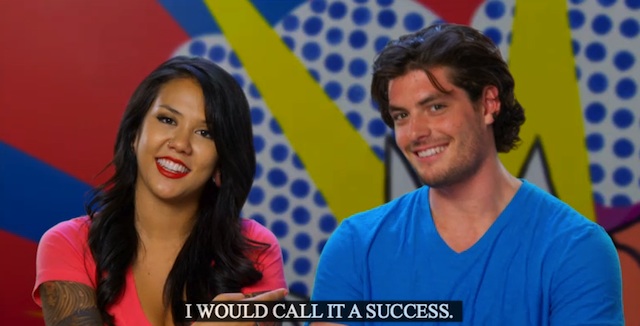 That makes exactly one of us

Later on, the HUGE FUCKING DEAL is Cory’s ex Lauren getting a positive pregnancy test result. I’m just letting you know so that you know where we’re at next week because I don’t actually care to be worried about this at this stage in my life.

Here’s the questions you had this week for Ari’s Fucking Emotionally Exhausted Fitz.

Ash & I had been together for about 2.5 years before she moved into the house.

#autoari @itsarifitz so! marry "her" ;) yes? no? maybe so? something in between?

Haha! The conversation’s come up.

@itsarifitz #autoari when @missashc arrived in the house you weren't hatin! Would u say you stay there improved when she arrived?

No matter what, Ash is my best friend. Her being in that crazy house grounded me and kept me together despite what we needed to work on.

From everything. Music, television, movies. Most importantly from the relationships I have right now.

#AutoAri gworl, when are you going to teach me how to vogue? @itsarifitz

Shit… when I really learn how. My vogue skills are still very much lacking. Let’s learn together, k?

Thank you!! Hair, I use Seed by Akimi. Skin, I use Clean & Clear Acne Control in the mornings and Cetaphil at nights. I also use toner every time I wash my face and moisturizer only in the mornings.

No love, we kept our own twitter accounts. Some of us just added MTV to it.

Favorite part about directing in general is seeing a story – the story you see so clearly in your mind – played out for the rest of the world to see. Fave thing about directing horror is I get to be as unapologetically dark as I want. ;)

Nah (deep sigh)… oh, Tom. I think the whole thing was just tough for him and he didn’t want to hurt anyone’s feelings. The intentions were pure, execution was all kinds of wrong. 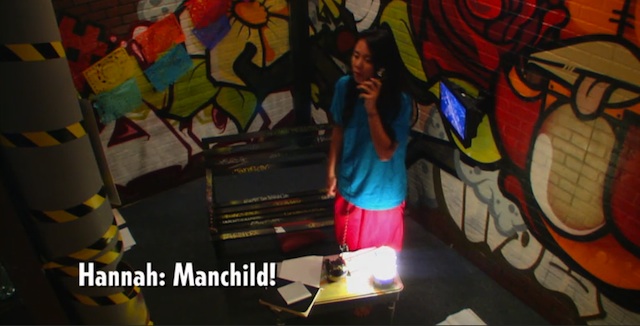 Were their any ex's that you found intimidating ??? @itsarifitz #autoari

Ha not at all. Everyone was mad sweet to me and super respectful. Then again… very few people on this Earth intimidate Ari. Top of the list: Kesh then maybe Rihanna. *swoon*

It was just an emotional rollercoaster. Everyone was so in their feelings at every second of every day. Me being the counselor of the house, it was overwhelming!

@itsarifitz how stressful was it too live with 10 other roommates? #autoari

I mean… I lost hair.

Can’t say I’m a big fan of Lauren’s voice, but she’s a sweetie. Umm.. most annoying might have to be Mr. Brian. Only because I want him to properly form a sentence when he speaks and his on-again, off-again violent thing with Jenny drove me batshit crazy.

Knowing what I know now, I think I would’ve done it. I would’ve been less focused on everyone else and more on having the time of my life. I cared a little too much, lol.

@itsarifitz #RealWorldExPlosion #AutoAri did New York guy find out that Ashley ripped his contact page before you guys left the house?

Actually yeah… Jay found out after Ashley M. left but before we left the house.

Not so much. I think Hailey put herself in an uncomfortable position. I think she took the opportunity to move into the house and had to deal with the consequences because of it.

Who do you think had the best relationship in the house ? @itsarifitz #autoari

Have you talked to the other Ashley at all? @itsarifitz #autoari

Yeah. She and I went out with Jenny during the first aftershow and she seems to be more chill now.

#autoari what opportunities and doors has opener for you since being on the show? If any? @itsarifitz

Oh hey you! Life after the house is incredible! Tons of new projects are popping off right now because of the show and because of my team, big things are moving on the modeling and film side. So just keep following along.

Jenny and Brian. Hands down, funniest arguments ever.

What do ya think of the Cory and Lauren situation? #autoari @itsarifitz

Whoa buddy. That’s a crazy situation to be in. I think it’s just tough for both. Its obvious they love each other. All of me just wants Cory to put aside his hurt feelings, bruised ego and support her.

Favorite part is the Jenny knife dance. I want a GIF of that playing consistently on my phone. Lol! 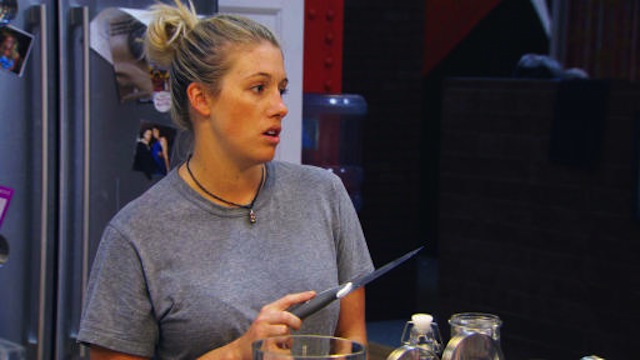 Chillin with a beer, eating popcorn and laughing at everyone then taking my ass back to editing some video. #allworkallplay lol!

Haha! Ya know… I got nothing on this one. That title boy… some girls will do a lot for it.

@itsarifitz #autoari what was it like being around the others and their exes, off screen?

Honestly, exactly the same. Everyone is pretty much like that IRL.

@itsarifitz What was going through your mind just watching this episode? #AutoAri

Every week, Ari will pick her fave question out of the bunch and we will reward them with lavish prizes. This week’s winner, @frozenxinspire, will get a video from Ari herself!