Over the last few years, sex toy companies and stores have asked us to review their toys in exchange for, you know, their toys. This week, one of our anonymous reviewers tried out the Shi/Shi Union Girl/Girl Vibe, sent to us by Eve’s Toys, the lesbian-focused spin-off of Adam & Eve.

A wise woman (me) once (yesterday) said, “the difference between lesbians who love scissoring and lesbians who don’t love scissoring is how they define ‘scissoring.'” Is scissoring a catch-all for any grinding that involves intertwining your legs while rubbing your clits together? Or is it limited to “classic scissoring,” as defined in this You Need Help? 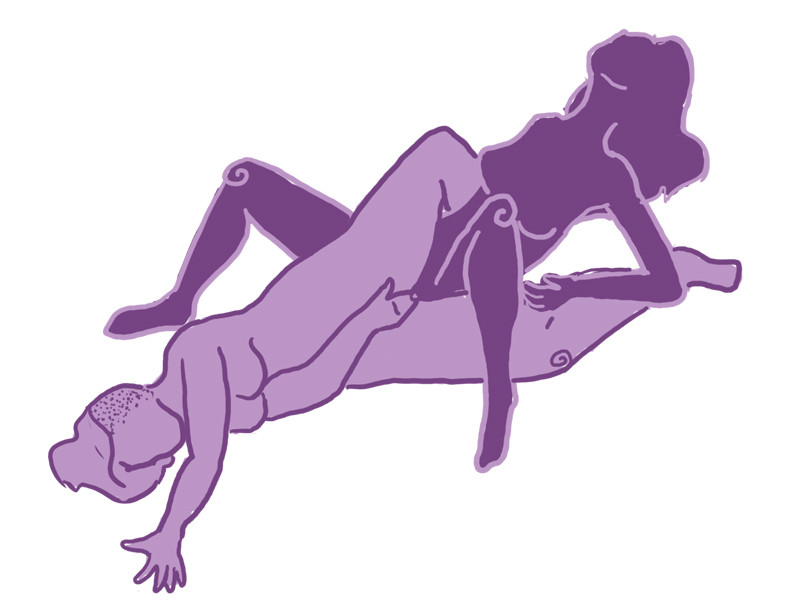 If you’re a fan of and expert at classic scissoring, then the sex toy I’ve come here to review today might really rock your socks off. If you’re not, it might not! But I’m getting ahead of myself here.

The Shi/Shi Union consists of two orbs, which I’ll call “vulva boats,” attached at their bases, which are connected by a cord to two battery-powered remote controls. We were often unable to determine whose remote was controlling which vulva boat, because unsurprisingly, the actions of one vulva boat have a very direct impact on the other. You rock one boat, and before you know it, everybody’s boat is rocking! That’s queer culture.

Our first attempt at employing the Shi/Shi involved my girlfriend on top, grinding, while we both squirmed around to get these things positioned in a way that would please us both. Your options are pretty limited here as you cannot separate them, you can only rotate them, like a rotating bed, and they are linked just tightly enough to to be easy to manually adjust but very difficult to accidentally adjust.

The highlight of this experience was her facial expressions, which vacillated from “okay fine” to “did somebody stick a nail in my neck” to “well then!” The other highlight was that I got to look at her boobs a lot more than I usually do during sex because she had to be pretty upright for a long period of time in order to maintain control of these little cruise ships that claimed to be taking us to the tropical island of our orgasmic dreams.

We tried doing it with our legs more intertwined, which failed entirely, and eventually just went about our traditional business and then, satisfied, returned to bat to ensure I could review this toy and therefore check this romantic item off my nightly to-do list.

We tried the sitting scissor, which was not a complementary position for the Shi/Shi. Finally, we resorted to the classic scissor (except both of us were on our backs instead of one of us on our side), and what do you know, the toy slid RIGHT INTO PLACE. We were like “OH, OKAY.” Then a few minutes later we were like “OHHHHHH OKAY RIGHT YES I GET IT NOW.” But it still wasn’t super easy to actually grind, which might be ’cause this is just a position we don’t do very often, and we both agreed that if we lied there for long enough we’d definitely come, but then decided not to. Because why would you want to lie on a bed like a dead fish with your legs intertwined with your girlfriend’s?

Although Anex said part of her intention was to create a toy where lesbians could come while seeing each other’s faces, the classic scissor does not really lend itself to that experience. If that’s your thing then that is GREAT and I support you and the way you like to have sex, but it’s just not a thing for me.

Ultimately, I wished that the two boats could separate each other and be free, like Willy, ’cause then we could just lie next to each other in bed while messing with the other person’s remote.

In conclusion, I’m really sad that we didn’t like this toy. A lesbian designed it! She made it for lesbians with vulvas specifically! I know a lot of hard work went into designing this product but I’m ultimately unclear on how anyone thought this shape would wedge easily into two grinding vulvas.

Also, our NSFW Editor Carolyn wants me to tell you that “even if it were somehow possible to use protection over the toy, the vulva-on-vulva action means this toy is not part of safer sex.”