You’ve almost made it through this week! What will you do to celebrate? I’m going to California to meet Megan’s extended family and I’m like, NOT EVEN nervous about it at all!

That is a lie.

Here are some things we missed while I was staring at my closet like, “Everything I own is about working from a sofa. How do people dress themselves?”

+ Hey this has reached its goal already but don’t you want a perk? Yeah you fucking do! Hemingwrite: A Distraction Free Digital Typewriter. Look it’s like a Portlandia skit but I love it.

+ BGD has POC Solidarity in Love: How To Support Your Black Partner In These Trying Times by CarmenLeah Ascencio.

+ Grownup Tomboys: How to Dress Like a Gentlewoman. Author Alyson Walsh is 50 years old and this is how she dresses now ok so just GET ON BOARD. Shit is fancy.

+ Giniveth “Gini” Soto, a prominent Venezuelan same-sex marriage advocate was murdered during an attempted car robbery. This is so fucking sad and our hearts go out to her wife and newborn son.

+ Dannielle and Kristin from Everyone Is Gay have last-minute gift ideas for the couple who just started dating.

+ Bitch has a Queer Music Gift Guide if you need one!

+ Let’s look at Nine Portraits of Amazing Butches being amazing and so forth. 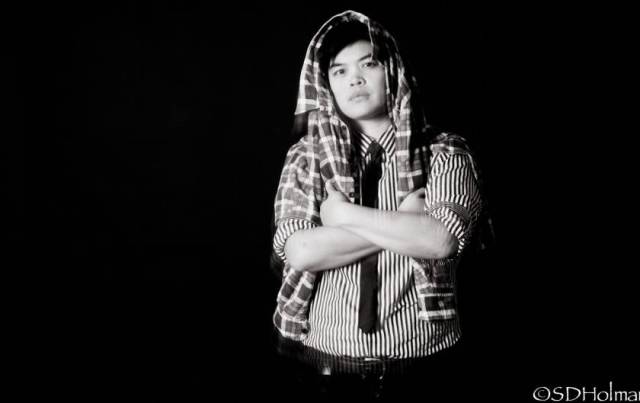 + ICYMI, here’s the #ELIXHERTalk Recap: Celebrating Being Queer and Trans Women of Color.

+ In the other direction, Ariel Garfinkel has The Kiss That Ended My Engagement and idk maybe you can relate. Can you relate, reader?

+ Your smokin’ hot hilarious girlfriend Brittani Nichols posted a list of 50 of her favorite less popular tweets from 2014 so you can be reminded of how fucking brilliant she is.

does the five second rule apply to tampons

+ Hello this is the most fascinating thing you’ll read today: Monopoly Was Designed to Teach the 99% About Income Inequality, and it was originally designed by a woman.

I spent five years researching the game’s history for my new book, The Monopolists: Obsession, Fury, and the Scandal Behind the World’s Favorite Board Game, and found that Monopoly’s story began decades earlier, with an all-but-forgotten woman named Lizzie Magie, an artist, writer, feminist and inventor.

Magie worked as a stenographer and typist at the Dead Letter Office in Washington, D.C., a repository for the nation’s lost mail. But she also appeared in plays, and wrote poetry and short stories. In 1893, she patented a gadget that fed different-sized papers through a typewriter and allowed more type on a single page. And in 1904, Magie received a patent for an invention she called the Landlord’s Game, a square board with nine rectangular spaces on each side, set between corners labeled “Go to Jail” and “Public Park.” Players circled the board buying up railroads, collecting money and paying rent. She made up two sets of rules, “monopolist” and “anti-monopolist,” but her stated goal was to demonstrate the evils of accruing vast sums of wealth at the expense of others. A firebrand against the railroad, steel and oil monopolists of her time, she told a reporter in 1906, “In a short time, I hope a very short time, men and women will discover that they are poor because Carnegie and Rockefeller, maybe, have more than they know what to do with.”

+ Remembering Theo Colborn, the Genius Who Got BPA Out of Your Water Bottles and So Much More by Heather Smith. This woman went back to school to get her PhD at 58. Fifty. Eight.

“I wanted to get the education,” she said, in a 1988 Frontline interview, “so that I could maybe undo some of the things that my generation basically foisted on society.”

+ YES. PUNCHING. Taffy Brodesser-Akner has Girls Fight Out: Are You Woman Enough for the UFC? Mhm yes ma’am I truly believe I am.

+ I just love this headline. ‘God Loves Women Who Have Abortions’: The Religious Abortion Advocates That History Forgot by Tara Culp-Pressler.

+ That Girl Is Poison: A Brief and Incomplete History of Female Poisoners by Meredith Haggerty. ANOTHER HEADLINE CONTEST WINNER.

+ American Apparel Fired Dov Charney and Replaced Him With a Woman Person, Paula Schneider, so stick that in your holiday pipe and puff on it while you listen to Bing Crosby and gaze upon the fiery logs in the fireplace near your socked feet.

+ Damage Done: Can Distance Between and Mother and a Daughter be the Best Solution? by Lindsey Adler.

+ In Portland, It’s Curtains for an Airport Carpet. And here’s a commemorative photo of our very own Cee hanging out on on #pdxcarpet! Aw. 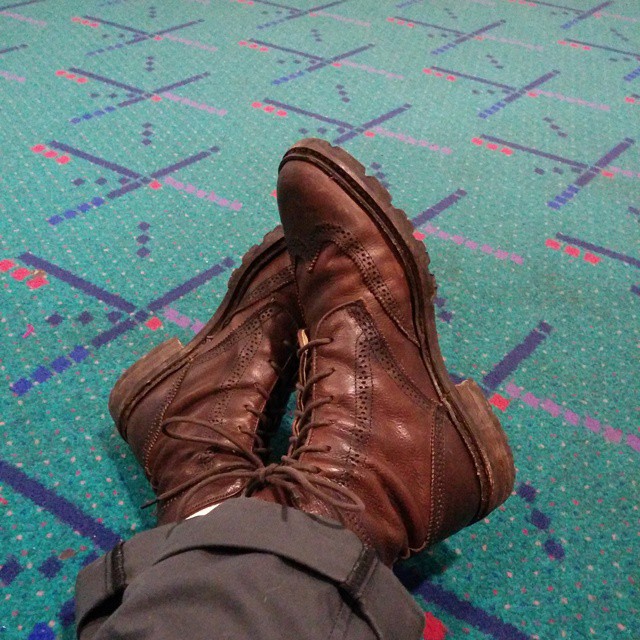 + Thousands of Vets are Being Dishonorably Because They Have PTSD. + Federal Government’s Ban on Medical Marijuana Quietly Ended.

+ The American Museum of Natural History has a monthly video that walks you through some of the 33 million artifacts inside the museum. WHAT I KNOW THAT’S CRAZY. I just wish it was longer. Here’s Episode 2: Turtles and Taxonomy!

+ Lindy West on Christmases since her dad died three years ago — Dad Filled Christmas With Enthusiasm, Music and Tacky Gifts. What’s the Point of it Without Him?. Members of the Dead Parent Club will read this and nod their heads a lot. This is the first year since my dad died that no one had to beg me to put the tree up, because I actually wanted to do it. I especially related to this part:

I took the concept of “home” for granted for a long time. I thought it was a place, a constant, a given. I never understood, until things changed, that “home” was something my parents actively built around me, all the time – a construction, a collection of comforting samenesses, a privilege. The fact that I got to have a dad at all – let alone such a marvellous, funny, devoted one – is among the luckiest coincidences of my life. And for months after he died, I didn’t understand what happened next. My home was dead too, I thought. My family was broken. But then I realised, oh, of course: I have a partner now, I have kids, I have in-laws and a house, I have a mom who deserves to be wrapped up in the kind of warmth and ease she’s been weaving around the rest of us for all these years. Home doesn’t just happen – we make it; and mine didn’t vanish – the responsibility of building it just passed to me.

+ Oh hey speaking of, Why Kids Movies Are Full of Death. What a magical world!

+ I Don’t Know What to Do With Good White People by Brit Bennett.

My mother tells stories of Klansmen riding at night, of how her grandmother worried when the doctor’s son—a white boy—visited her youngest sister because she feared the Klan would burn down their home. When I was a child, I only saw the Klan in made-for-TV civil rights movies or on theatrical episodes of Jerry Springer. My parents knew what we would later learn, that in the nineties, in our California home, surrounded by good white people, we had more to fear than racism that announces itself.

+ Congress Is Finally Going to Make Local Law Enforcement Report How Many People They Kill. Seems um, like a logical fucking step idk.

+ From Michael Brown to Assata Shakur, the Racist State of America Persists by Angela Davis.

+ Lumbersexuality and Its Discontents. A little late to this one but whatever WHATEVER, MOM.

+ Laura‘s excited about this because she likes to imagine our highways and byways strewn with dried peonies: Icy Roads Prescribed a Low-Sodium Diet.

+ Hey the Elf on the Shelf is preparing your child to live in a future police state. Think about it.

This is very useful for you non-cat-having people.

Also aw look at this little bird, living the dream.