Edinburgh is a magical place at any time of year: winding cobbled streets, tall granite buildings that think they’re castles, all the independent shops and cafés you could ever visit and even a lingering sweet malty scent in the air from the breweries at its edges. It’s even better in August, though, when every spare space in the city is full of performers putting on shows in cellars, attics, theatres and sheds as part of the world’s arts festival, the Edinburgh Fringe. 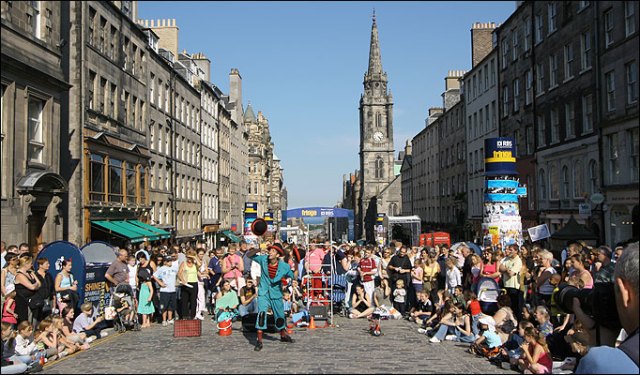 It often feels like queer women in theatre are kept behind the scenes, flicking the lights or managing the venue; not telling their stories. With a programme that profiles 2,695 shows, finding LGB performances is pretty daunting, but amongst the loud voices and big adverts there are some stunning shows — and the best thing is, you could see them all in a weekend. I tracked down these shows by asking friends, by word-of-mouth, and by hunting down companies I’d enjoyed seeing in years past — all of them are well worth a visit.

The most Google-friendly LGB show at the Fringe this year is New York parody musical Miserable Lesbians – one look at their YouTube video and there’s Anne Muffaway singing “I dreamed a dream of open thighs…” They’re not the only big company making slightly ill-advised swipes; there was a bit of a trend this year of shows plonking lesbian characters into plays in a not-very-well-thought-out sort of way, to be the butt of jokes or to add a bit of heaving-cleavage. For LGB women on stage that make you cringe in a good way, it’s best to stick to stand-up. 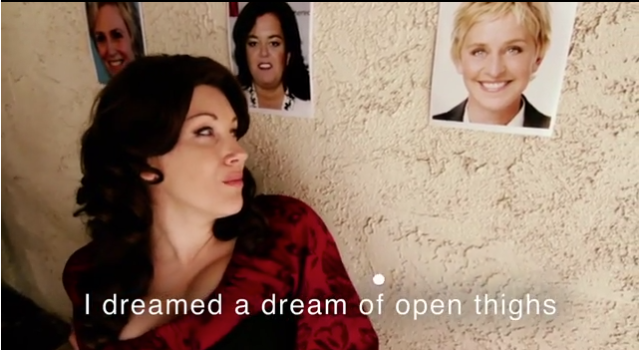 Comedy is really well catered for at the Fringe by big, heavily commercial venues that tend to take on established stand-up comedians, whereas there’s less and less theatre every year; as big venues get more cautious, there’s increasingly a big divide in programming between them and the smaller ventures that offer more experimental theatre and performance. This is mostly recession logic; theatre has expensive sets and actors to pay. Increasingly, the theatre shows that do go up tend to be smaller, stripped down and with tiny production teams. This can actually be a good thing, as it provides an environment where women can write and play big, complex parts. Most of the best things I saw were one-woman shows: Ciara, Dark Vanilla Jungle, The GB Project and the The Veil are all amazing, and well worth a trip.

Unless you want to catch a really big name act, it can be a lot more rewarding — and a lot cheaper — investigating some of the less well-known venues. The Fringe started with theatre companies showing up uninvited to the city’s bigger International Festival in 1947, keen to showcase their alternative to the theatrical mainstream. The Free Fringe, The Forest Fringe, Summerhall and Northern Stage at St. Stephens keep that outsider spirit alive, and are full of incredible work. You can go to pretty much any show they put on knowing that it’ll be interesting and imaginative, staged because the venue loved it , and not because the performer’s producer turned up waving wads of cash. 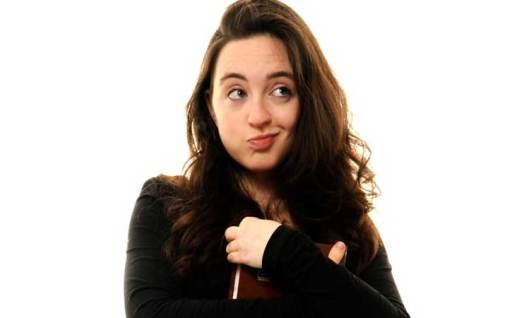 The Confessions of a Rabbi’s Daughter

This show is pretty special; you tiptoe into a cheesy, sticky-floored nightclub in the middle of the day to be met with an incredibly gentle one-woman cycle of songs. Emily Rose’s musical tells the story of an Orthodox Jewish woman who falls in love with her best friend, just as she prepares to finally achieve her dream of becoming a Rabbi’s wife. It’s a show about falling in love, struggling to find a place in a repressive community, and keeping hold of a personal relationship with Judaism through it all. It’s not the most polished, but it feels intimate and true.

If it all sounds too sweet for your taste, she’s also doing a show called Synagogue Slut, about her escapades as an interdenominational synagogue reviewer. 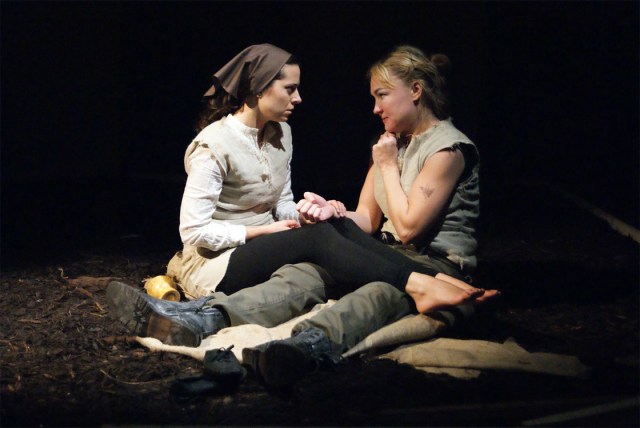 Executed for Sodomy: the Life Story of Catharina Linck

An all-female cast of three swap roles to tell the true story of cross-dressing soldier Linck, who was put to death in the early eighteenth century for lewd acts with another woman.This didn’t completely blow me away when I saw it in a wintry garage in London, but hopefully it’s warmed up over its Edinburgh run. Although the focus on her trial can make the piece feel heavy going, there are so many fascinating historical details too — like the fact that Linck’s alias Rosenstiel deliberately combined the words for flower and stem, emblems of femininity and masculinity. 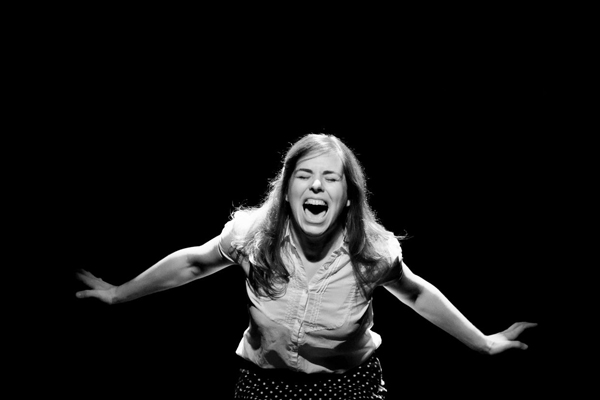 The title might feel stolen from a tasteless shock-documentary, but Johanna Nutter’s one-woman show is a lot more subtle than it sounds. She tells the story of her trans* brother’s pregnancy, and the changes it brought into both their lives — in a raw, intense and completely compelling narrative. 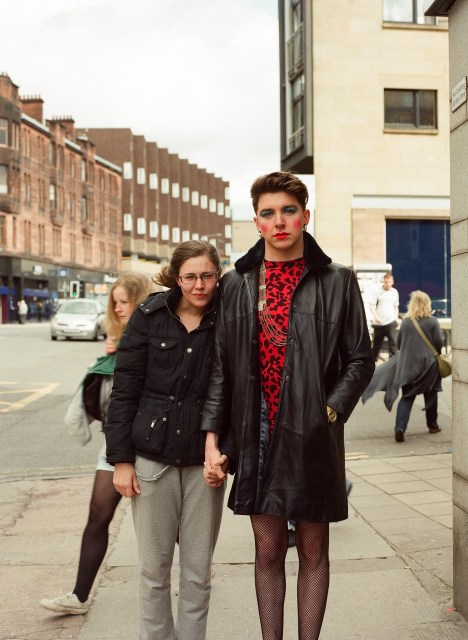 The Forest Fringe is Edinburgh’s anarchic home/squat for shows that are less commercial, more experimental and political. Rosana Cade’s one-on-one performance is no exception. You’re sent on a walk through the city, holding hands with a series of strangers — volunteers of all ages, genders and appearances — in a piece designed to provoke spontaneous connections, and examine people’s reactions to different sexualities.

Dick’s turned to Fanny, a lesbian feminist orphan, who’s seeking her fortune in London, in a queer political take on the classic English pantomime story. I’ve seen and loved Lashings of Ginger Beer Time!’s cabaret set in previous years; expect pop-cultural references, innuendo, silly songs and loads of gags, as well as plenty of politics in the mix. 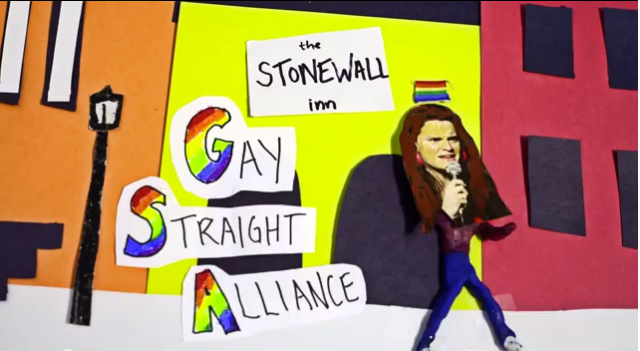 Free comedy! New York comedian Veronica Elizabeth’s brought her monthly show at the Stonewall Inn (yup, that one) to Edinburgh, with a different line-up every night, and even the odd straight stand-up. There’s some great sarcastic digs at OKCupid’s cringy birthday messages, awkward straight-girl questions and a truly disconcerting take on Anne Frank. 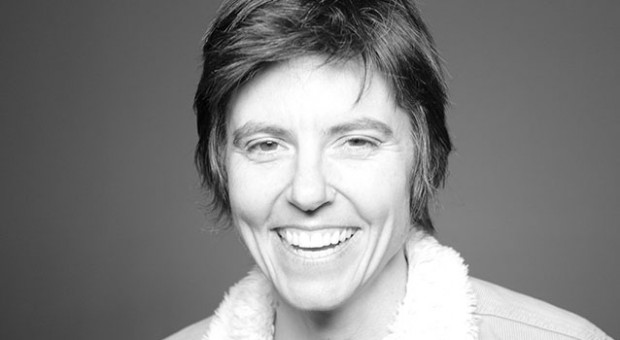 Tig Notaro, a stand-up comedian best known for her role on the Sarah Silverman Program, is bringing a show up to Edinburgh for the first time. Last year, she got rave reviews for a brutally honest show that included announcing her breast cancer on stage. Thankfully, she’s now in remission, and she’s enigmatically explained that her new show will be “just me doing my stuff“. 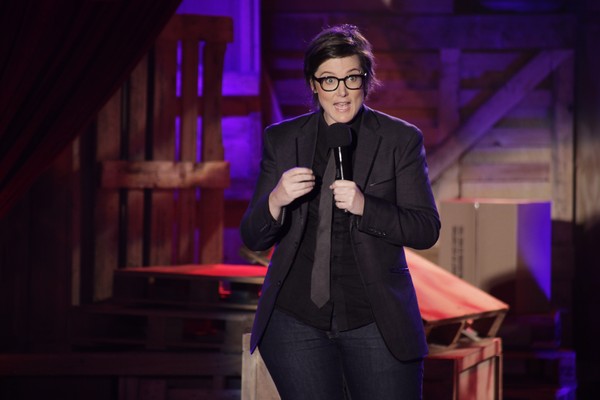 Hannah Gadsby’s comedy show is a bit darker than last year’s hit Hannah Wants a Wife, which looked at gender stereotypes through art history and time travel. She uses comments from an online troll as the starting point for the story of her weight and body image issues, and the hilarious situations they’ve trapped her in.

Word of Mouth Café is a really good place to sit out a hangover in ethical comfort – they recycle, source locally and do the best veggie fry-ups in town. They also put on the odd LGBT spoken word night, so have a look out for flyers. Other great places for non-theatre-based hang-outs include gay bar The Street’s pub quiz at 9 p.m. on Wednesdays and the Hunt & Darton Cafe, which is a fully-functioning art installation with – when I went – broccoli-themed waitresses.

It was tough making this list; the Edinburgh line-up is so huge and sprawling and uncategorised that finding any path through it is a struggle. Any Autostraddlers at the Fringe this year? What have you seen that you think is worth a look?

The festival runs until the 26th August, as do all these shows unless otherwise stated. Tickets and more information on www.edfringe.com Prices vary, and there are also concessions and half price deals available.

Join A+
Related:you should go

Alice has written 3 articles for us.