George Floyd was murdered on May 25, 2020, and we stand in unequivocal support of the protests and uprisings that have swept the US since that day, and against the unconscionable violence of the police and US state. We can’t continue with business as usual, which includes celebrating Pride. This week, Autostraddle is suspending our regular schedule to focus on content related to this struggle, the fight against white supremacy and the fight for Black lives and Black futures. Instead, we’re publishing and re-highlighting work by and for Black queer and trans folks speaking to their experiences living under white supremacy and the carceral state, and work calling white people to material action.

With the murder of Breonna Taylor, George Floyd, and Tony McDade by the police and the threatened lynching of Christian Cooper weighing heavily on my mind (and still never forget Ahmaud Arbery), in lieu of our “traditional” twice-a-week link roundup, here are some really smart reading about blackness, mourning, state violence, and rebellion that have gotten me through.

“That’s all anybody can do right now. Live. Hold out. Survive. I don’t know whether good times are coming back again. But I know that won’t matter if we don’t survive these times.” — Octavia Butler

“By now you know the names. Always preceded by a hashtag, a pound sign, a mark denoting connection even as it severs its bearer from brethren, from breath. Always heavy, always hanging, always haunted. A tombstone in tech…. To be black in America is to exist in haunting, mundane proximity to death at all moments. There is no reprieve, no mute, no block, no unfollow that can loosen us from its shadow. And yet, we must live.”

How Many Black People Can You Mourn In One Week? by Hannah Giorgis for BuzzfeedNews (2016)

“To see the sequence of events that led to Arbery’s death as benign requires a cascade of assumptions. One must assume that two men arming themselves and chasing down a stranger running through their neighborhood is a normal occurrence. One must assume that the two armed white men had a right to self-defense, and that the black man suddenly confronted by armed strangers did not. One must assume that state laws are meant to justify an encounter in which two people can decide of their own volition to chase, confront, and kill a person they’ve never met.”

“They tried to kill us, they didn’t know we were seeds.” — a proverb

Violence, White Supremacy, and the Fire It Will Take to Burn It Down

“Thug. Leader. Riot. Gang. Words have power, but we have the power to define and (re)imagine how to deploy words that will ensure the transition to a radically democratic society. This struggle requires vigilance on every level. Our narratives and practices of protest and justice will always be multiplicitous – as they should be – but the construction and adoption of a common tongue allows for… new agency over the ways our histories, presents and futures are told and experienced.”

“I am thinking this morning of Breonna Taylor and the comparative lack of outrage about this Black woman EMT, an essential worker, being killed by the cops in a the middle of a pandemic. I am thinking of why it is much easier to access our rage over George Floyd… We know that it’s all wrong. But seeing the killing of Brother Floyd keeps us up nights in ways the killing of Sister Taylor just doesn’t do. The killing of one has folks across the country in the streets. The other inspires a raged filled lament. And this is why you need Black feminist theorists.”

“The ubiquity of police killings, the impunity which greets anti-black police violence, and the utter predictability of both reveal how often the American state rehearses its power to expose black people to death.”

Necrocapitalism, Or, THE VALUE OF BLACK DEATH by Kwame Holmes for Bully Bloggers (2017)

“The price of America’s mythology is measured in our spiritual devastation and — too often, too literally — in blood. And the reason America’s mythic walls are finally crumbling is simply this: we are no longer willing to bleed, and hence, to pay.” — Marlon Riggs

“It’s sometimes comic, the offending subjects meme-ified on Twitter, swiftly mocked, and the chorus celebratory when consequences are actually suffered — in this case, as soon as one day later. But what becomes of all those Amys who don’t get “caught” on video? Amys (and Karens) exist all around us. They do not come from a single geographic region or socioeconomic class or subscribe to a uniform political identity. They could be your boss or your neighbor or your teacher, if disturbed on the wrong day. They know it, and that is the scariest thing.”

Millions of Amy Coopers by Adrienne Green for The Cut (2020)

White Women Drive Me Crazy by Aisha Mirza for BuzzfeedNews (2017)

Emmit Till was lynched b/c Carolyn Bryant lied. That's how dangerous Karen is.

75 Things White People Can Do for Racial Justice

… and even more Anti-Racism Resources (including some from us here at Autostraddle, This Is on Us: 7 Things for White People to Commit to Right Now to Protect Black Lives from the Police by Rachel Kincaid). 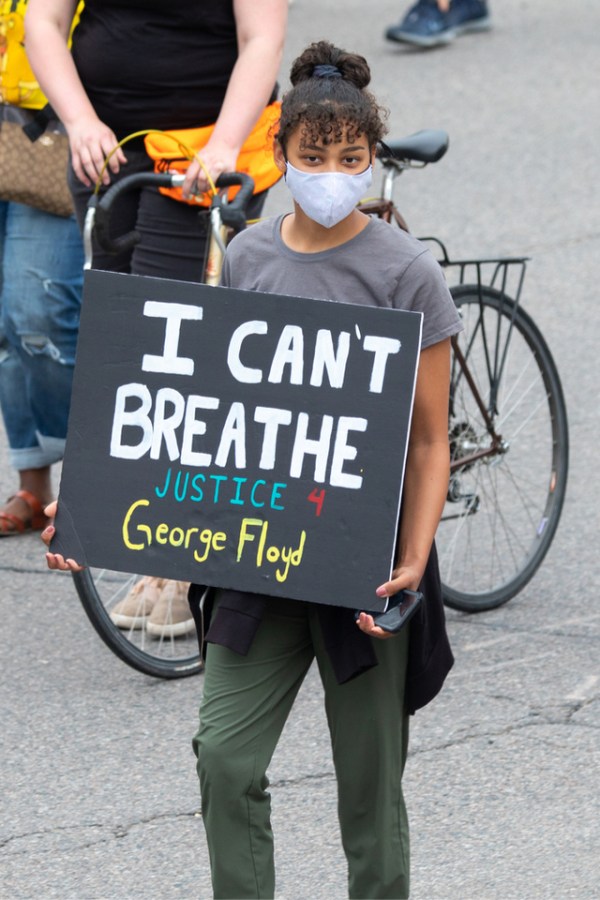