I saw Rogue One in 3D on Saturday and now my life feels more complete! You should try it. What cool thing did you do over the weekend? Oh also I have flowers on my desk! You guys, you have to love yourself enough to put flowers on your desk. You thoroughly deserve them. Ok good talk!

+ Hi would you like to be the proud owner of FANCY FEAST: a queer cat calendar?? This is made by the same genius who brought you the 2015 Dykes and Ducks calendar, and proceeds benefit “great Oakland causes such as Causa Justa and Qulture collective.” 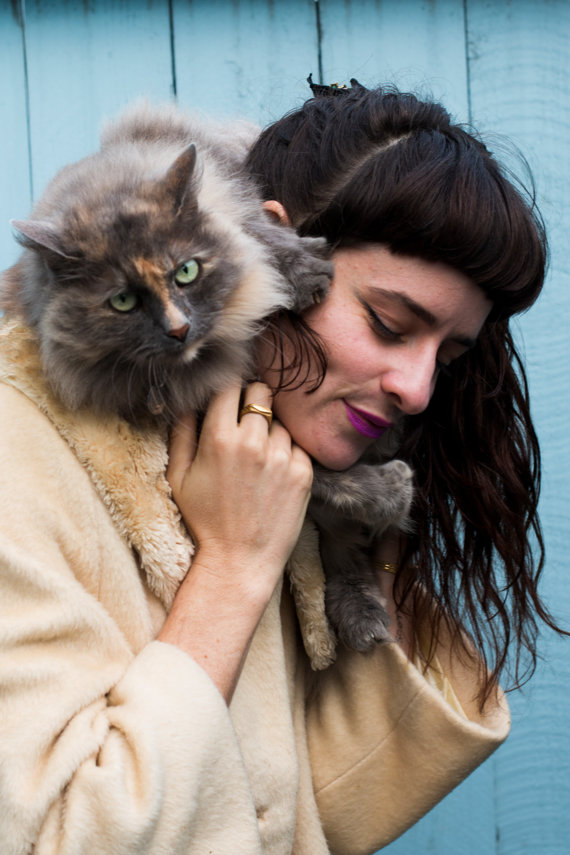 + Indigenous Love: When Being Who We Are is Resistance.

While we are a cisgender married couple, I (Rachael) am not straight. I am pansexual, and this aspect of my identity informs how I perceive how our traditions and the potential of our children’s role in those traditions. Our children may feel in their hearts that living as the gender assigned to them at birth is not how the Creator made them.

+ #decrim and the LGBTQ Sex Workers.

+ Hey, do you know what you need? This right here:

+ Bigger Than Watergate? Legitimate Concerns That Anti-Clinton Faction Within FBI May Have Conspired To Hand Election To Trump.

+ A 20-Year Toll: 368 Gymnasts Allege Sexual Exploitation. This piece is the result of a massive investigation on the part of IndyStar and it’s horrific.

+ How Rape Became Recognized as a War Crime.

+ Feminists Failed Aleppo. Here Are a Few Things We Can Do.

+ 8 Female Musicians Talk About the Power of Political Songs.

+ Michelle Obama talks to Oprah about the stereotype of the “Angry Black Woman.” The entire interview airs tonight on CBS with an encore presentation on Wednesday airing on OWN.

+ The Extract CBD Won’t Get You High, but the DEA Still Treats it Like Heroin. America!

+ A Desperate Hope for Clemency: Mothers in Federal Prison Pin Hopes on Obama.

+ Best New Podcasts of 2016! Download some stuff for your winter travels.

+ The Mathematics of Winning Monopoly. Yep.