Welcome to Almost Famous, a weekly segment that Crystal usually writes but which I have hijacked this week and YOU DIDN’T EVEN NOTICE DID YOU?!?!?!?!?  This is also why it’s going up on Thursday. Surprise! Almost Famous is where we ask up-and-coming queer musicians some not so hard-hitting questions about music and life and maybe even convince them to share photos of their pets. Get to know intimate details about your new favorite artist or band before they hit the Big Time and become too famous for us to interview for real. 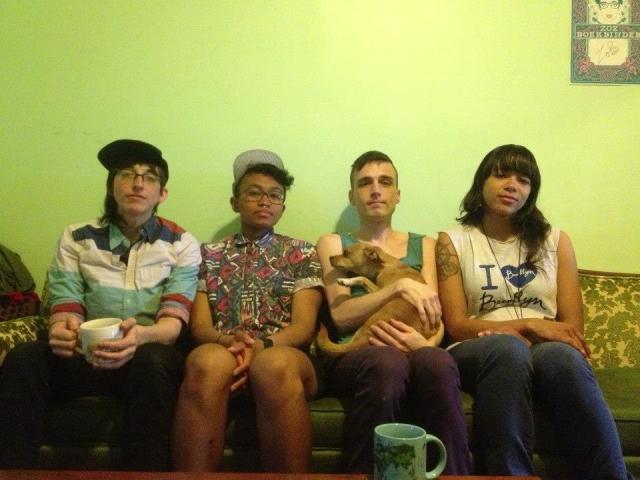 Decorated veterans of the Brooklyn DIY community Aye Nako aspire to subvert traditional ideas of gender and sexuality.  They also write some damn catchy songs, occasionally categorized as “queercore” or “homo-pop,” and as of late they’ve been getting a lot of attention for their new album Unleash Yourself.  Singer/guitarist Mars Ganito has often been quoted mentioning that the band’s music is meant to fill a specific void, namely the kind of music that the band members would have liked to have heard themselves as queer teenagers.

Most importantly, they sent me a video of their dog twerking, which was an Almost Famous first and definitely a game changer.

Angie: This is a difficult question. I don’t think “pop punk” is fitting, though we get that tag a lot. We usually describe our music as Queercore, which I like because our queerness plays a big part in our music and our band as a whole.

Mars: I chose “In Dog Years” because the overall style of it is closer to what I’m pushing for our music to sound like, especially with the deeper vocals all through out. At the time of writing the melody, I guess I subconsciously knew I was getting closer to feeling ready for my transition, ready to start T. I used to pride myself for having a higher range, but now I really cringe hearing my voice that way.

Attached is a photo of Broccolini. 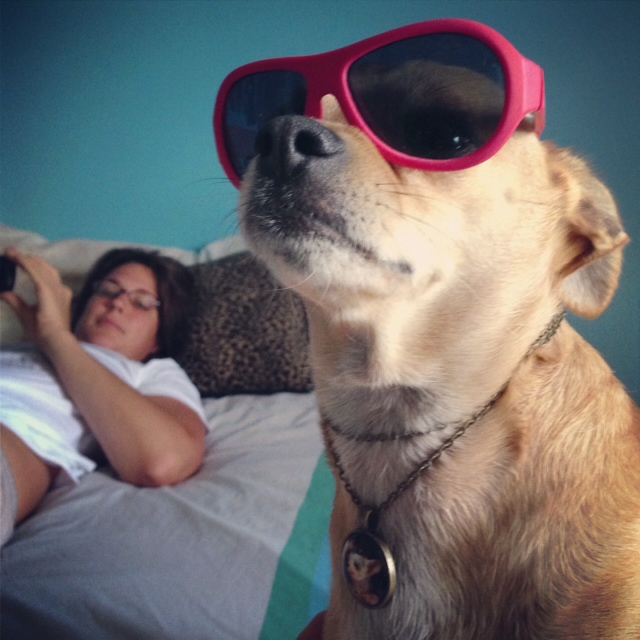 oh my god you guys, this is broccolini.

Angie: The best thing about tour is meeting new friends, discovering new bands, and getting to share our music with so many people. The worst part, for me, is feeling homesick.

Mars: A tie between Come On Over by Shania Twain and The Execution of All Things by Rilo Kiley.

Mars: I’ve only ever worked terrible jobs to pursue my music career.

Describe the environment you write your songs in.

Mars: Nevada by Imogen Binnie
Angie: Same for me!

Aye Nako are currently getting ready to play a bunch of shows in the New York area, but they’ll be in Chicago Aug 31 for the Fourth Annual Black and Brown Punk Show.  Their new record Unleash Yourself is available streaming, in physical or download form on their website.