If I were to write a “Missed Connections” ad, it would go like this:

Hey, cutie whose heavy-ass ’67 Dart I helped roll back into a spot at the Subway on Western Ave. I liked your leather jacket, your slicked-back hair, that whole look. The way you kicked a tire and muttered, “Fuck you,” to the hunk of metal with a fuel pump problem. I liked it. And I think I should have said, “I’m doing this thing at a bar all day. Stop by, let’s get a drink. Let’s get a room. Let’s get a jade plant.” But I didn’t.

My friend says, “You know, in Minneapolis, there’s a gay cafe. Like a gay bar, but instead of loud music and drunk people, it’s coffee and laptops.” And I believe him, in this mystical, wish-upon-a-star way that all queer country girls believe the myth of buzz cuts and skinny-dipping with other queer country girls. Things that happen in the movies. (Things that happen in the movies happen in the country sometimes, even though I’ve never seen it, and, believe me, I have looked.) 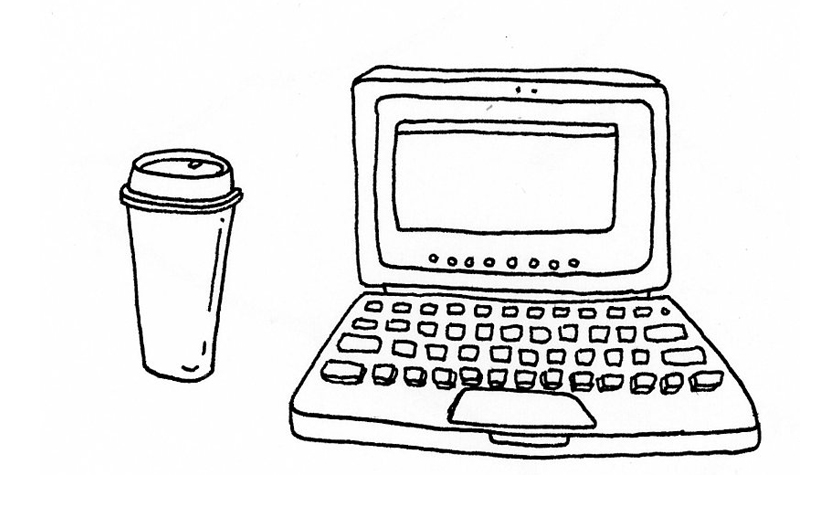 In the city, I saw people who were maybe identifiably queer. I think that’s probably not a cool way to think, but after a lifetime spent in small towns where people look at my appearance not as a lonely queer broadcasting their queerness, but instead as a girl with really, really bad fashion sense (I mean, they’re not completely wrong), it’s a relief to see people with androgynous fashion sense, women with masculine hair, men with eyeliner and lipstick.

Again, I know there’s something completely uncool about my approach here, but that’s also part of growing up in small towns. Those gender expectations are so hard-wired, so unquestionable that even buzzing your head and wearing men’s clothes isn’t enough to get you much more than looks of sympathy and once, insultingly, an offer to go clothes shopping together.

Jen, I loved you when we were 10. You probably don’t remember sitting in math class, reading the love stories I wrote and passed to you in spiral-bound notebooks, the love stories that were actually love letters to you. I don’t expect you to remember that all of my heroines had red-brown hair, or that they rode horses, or that their love interests were always on the short side for guys with a writer’s heart, a way with words, and that was the key to getting the girl to fall for them. You probably don’t remember how subtlety wasn’t my thing at all. 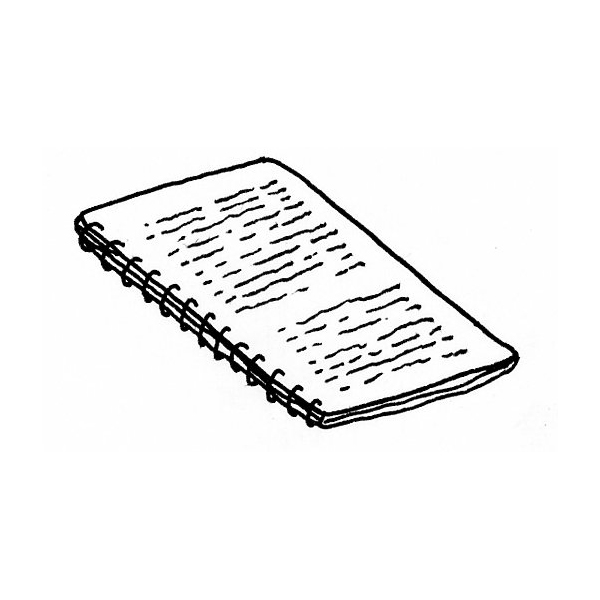 My different-gendered, poly-curious partner and I are leaving Michigan and moving to a city. When people think of Michigan, I think they think of Detroit and its deterioration? revival? looming gentrification? People think a lot of things about Detroit when they think of Michigan. But we live in the Upper Peninsula, which is almost as wild as advertised. Little pockets of population situated between the rock outcroppings and waterfalls and ghost towns.

And between Detroit and the U.P., there’s a whole lot of farmland that’s nothing like either of those places and that’s where I grew up, almost smack-dab in the middle. My hometown had a harvest festival every fall where it would crown the Asparagus Queen. The first girl I ever kissed spent her summers on her uncle’s farm, helping him bale hay. She would come back to school with the insides of her wrists all welted-up like she had been stung by bees. I wanted to kiss each sting but I never asked. Instead, she kissed my mouth behind the school on the last day before summer vacation of our freshman year and never mentioned it again. 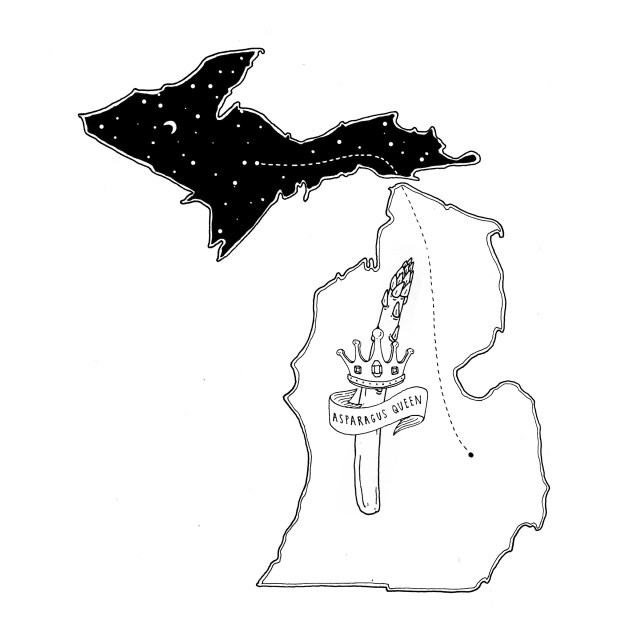 Anyway, we’re moving. I’m telling people it’s because I want to be part of more active artist and writer communities, want to have other creative people to bounce off. (I don’t tell them what else I’m hoping to bounce off in this new city, what other communities I want to Actively Participate in.)

In predictable fashion, I was obsessed with A League of Their Own when I was a kid. (I also had a summer of watching Aliens and the first two Terminator movies because fucking Sigourney Weaver and Linda Hamilton but let’s talk about badass baseball players.) My uncle taught me how to pitch. I started putting my hair in a ponytail and tucking it up beneath a baseball cap and when old men started to mistake me for a boy, I figured I’d won something really precious.

I don’t know how I feel about that anymore. But it made some other things easier, like getting skinned knees and practicing field-goal kicks in the backyard until the sun went down and, later, claiming a queer identity that would be pretty visible if I lived in a lot of other places instead of this one.

Title it, “You Know Who You Are,” and make it say, “I thought we were friends and we were but that’s only part of the truth. Because I have difficulty sometimes telling the difference between wanting to hang out and watch movies or get a beer, and wanting to maybe be naked with someone. I’m never very good at letting people get to know me so when someone does I just get all full-up with fireflies and that dizzy feeling like drinking cheap wine coolers when you’re fourteen (don’t do it, kids) and I don’t know if that’s the feeling of ‘holy shit, FRIEND,’ or, ‘hey, we should definitely make out sometime tonight.’

Thank you for being patient with me, you-know-who-you-are (you-are-too-many-girls-to-count).”

Sometimes I get a little sick of sensible advice. Like, “Maybe don’t commit to things if you just end up bailing at the last minute every time.” Or, “You should probably try to eat breakfast.” Or, “Just tell her already.” It’s easier not to tell her when you live in a place that makes telling her so hard.

I don’t know which part is the excuse anymore: blaming the place I live or living here at all.

After he cheated, I curled up on my friend’s couch. She was the first person I’d told I was queer. She had mixed feelings about it. I had mixed feelings about her — another straight girl in a long line of them. We got drunk on white Russians she’d made with rice milk and watched a Phillip Seymour Hoffman movie. He was still alive then. She said, “If I was even a little bit gay, I’d go out with you.” When she fell asleep, it was hard not to lean against her. Sitting up straight was uncomfortable, but I did it anyway.

Rural Town, maybe I blame you too much. Or I blame a childhood that involved very little talk about queerness and when it did, it talked about it in a way that made it seem like I’d feel fundamentally different if I were queer, and I didn’t feel any way other than how I always felt, so I probably wasn’t queer after all. Mistakes were made, what can I say?

But it’s probably not your fault, little town. I mean, I’m still leaving. I’m definitely still leaving. Because your Pride Fest is a slightly skeevy drag show and a sad parade through downtown and, really, bless your hearts for having one at all. It matters, it really does. Thank you.

But I think maybe I’m ready for more. I’m definitely ready for more. I think maybe missed connections are just my weak excuses for not saying anything, for not saying, “I like you,” or, “I’d push a hundred heavy-ass classic cars uphill both ways just to let a cute girl know how strong I am. Have I mentioned I’m really strong?” Girls like that, right?

I'm a queer poet and book artist relocating from hyper-rural Michigan to Chicago. My work has appeared most recently in Menacing Hedge and Stirring, and I have two chapbooks forthcoming in 2016 - "Lost Birds of the Iron Range" from Porkbelly Press and "Darling Girl" from Dancing Girl Press.

amber has written 1 article for us.