Last night’s episode of Glee introduced a storyline about a trans character into the final season of the show. Like a lot of people, you might think Glee already has a trans character. So that’s cool, now they’ll have two, right? That’s great! What other show on basic cable is that progressive? This probably also has you thinking Glee is doing some really great things for trans representation on TV. Well, it’s not that simple, and sadly, it’s not that positive.

If you’re surprised to learn the show is still on the air at all (which is totally understandable), here’s what you missed on Glee: It all started when they introduced a character named Unique in season three. At first, she only appeared in a small role, but over the next two seasons, she became one of the main members of the New Directions glee club. Early on in her appearances, she seemed unsure of her gender, but by the end of her run, she was clearly identifying as a trans girl.

Unfortunately, the show treated her like garbage. Nearly every character made transmisogynistic jokes at her expense. When she wasn’t allowed to use the girl’s bathroom, Mr. Shue swept in like a hero and gave her permission to use the staff bathroom. Just what every trans girl wants, having to use a special bathroom instead of the one for “normal” girls! She even had a storyline where she Catfished one of her male friends (because all trans women lie about who they are and try to trick people into dating them)!

Anyway, at the beginning of this, the final season of Glee, we learn that Sue Sylvester (who has always been mean but is still supposed to be a character we love) lets us know that she shipped off all the glee kids to other schools, so she no longer has to deal with the losers and “transvestites” in the club. So, the only trans woman character on broadcast TV doesn’t exist any more. In this week’s episode, we learn that Coach Beiste is a trans man and will start transitioning. So now we no longer have a trans girl of color; instead, the trans representation the show gives us is in the form of a white trans man. The way Sam, the assistant football coach, and Sue, the principal, react to his coming out is better than the way Unique was treated, but still very strange. They seem to have forgotten that Unique existed and that they had ever met a trans person in real life.

Also, I’d be remiss if I didn’t mention that this is wildly out of character for Coach Beiste. In his previous storylines, the main drive of his character seemed to be that even though he was not very traditionally feminine and even though he was tough and liked sports and didn’t act very “ladylike,” he still desperately wanted to be seen as and treated like a woman, because he seemed to strongly identify as such. The point of the character was “Hey, women can be traditionally masculine and still be women.” I’m not saying that trans people can’t change or be confused or be deeply closeted, but when he says in last night’s episode that he’s always felt this way, the writers are pretty much throwing all of his previous character development out of the window. 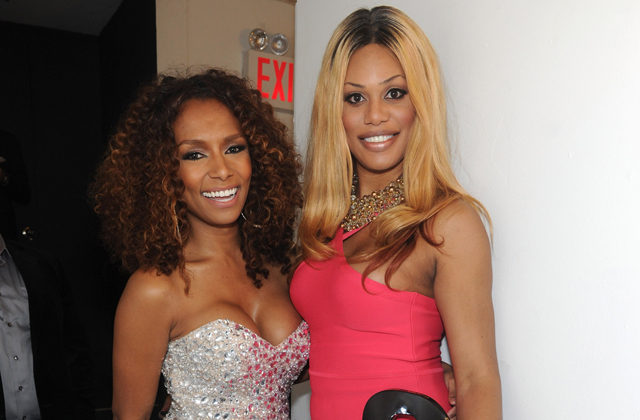 It could be argued that it’s about time trans men got some representation. I mean, come on, we’ve got Laverne Cox! We’ve got Janet Mock and CeCe McDonald! We’ve got Laura Jane Grace! Hey, even Transparent took home a couple of Golden Globes! Doesn’t that mean we should start evening things out between trans men and trans women? The answer to that is a big, loud, very assured “No.”

I’m not saying trans men or white trans people shouldn’t get any representation, but come on, until 2013, the two most famous trans people in America were Chaz Bono and Brandon Teena, two white men. I don’t know about you, but I really don’t think we need more male characters on TV, and that’s exactly what adding trans men characters is doing. So when we have trans women characters, lets hold on to them for dear life (just like we should do with real life trans women). This might be where you interject and say that Brandon Teena was famous for being murdered, and while that is tragically true, why was he more famous than the dozens and dozens of trans women of color who are murdered every year? Where are the Oscar-winning movies about Angie Zapata, Nireah Johnson and Rita Hester? So I’m not upset that trans women, and specifically black trans women, are having a brief moment in the spotlight right now. 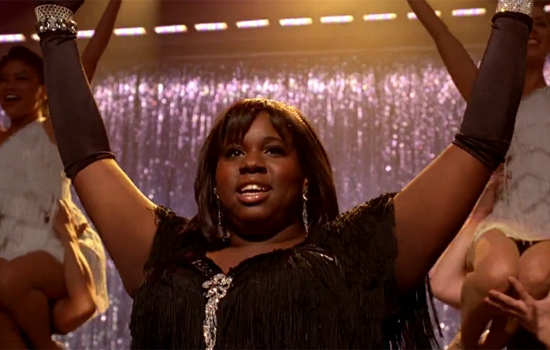 So Glee, no, you don’t get any brownie points from me for introducing this trans storyline in your final season. You had one and you messed it up terribly. You had Unique, a black trans girl who also happened to be one of the best singers on the show, but you treated her like trash. She was constantly the butt of jokes and bullying. Every time she had a storyline of her own, it just reinforced the idea that the characters within the show, and the show itself, didn’t see her as a “real” woman. You treated trans women as a punchline, or as deceptive and predatory. And now she’s gone; you made her completely disappear. Disrespected, othered and treated like garbage when she was around, and then suddenly and unceremoniously erased from existence. If that isn’t the perfect microcosm for how society treats trans women of color, I don’t know what is.