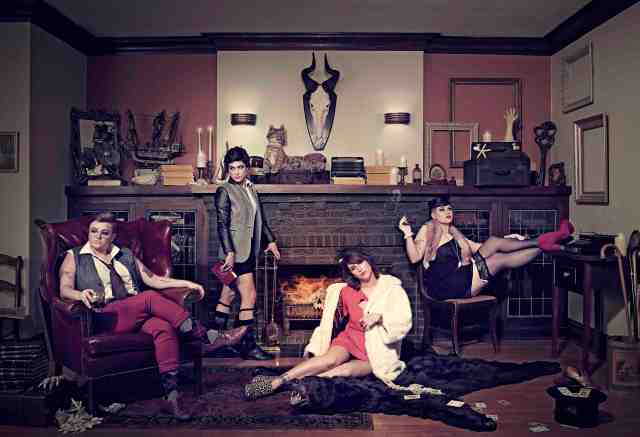 Swimsuit Addition’s business is having fun and creating noise. Loud hooky noise. In their short career they’ve shared stages with noise punk gods Melt-Banana as well as Davila 666, Big Freedia and Friends. The Chicago Reader called their debut EP, Kittyhawk, “the catchiest thing to hit this town since the Spanish flu in 1918,” which seems pretty darn catchy. You can go infect yourself (and check out amazing cat cover art) right here on Souncloud.

Jen: At least in our heads what we play is music that combines bubblegum sentiments with post-riot grrrl edge. We are influenced by everything from rhythm and blues to rock, from disco to hip-hop, so I think there are undertones that everyone will hear differently. Some songs border on psychedelic while others invoke the spirit of surf rock, garage rock, and glam. We’ve been called shoegazey (which I don’t really get but I’m fine with that!) and we are consistently labeled as powerpop or punk, which I don’t think is untrue, but to me it feels like an easier label. Calling us “an all-girl punk band” or an “all-girl powerpop band” doesn’t really capture our essence– at least, not to us. Really though, we are influenced by everything and I think that comes through in our sound the more we write, especially the more we write together.

Jen: My first cassette tape was I am the Cute One by Mary-Kate and Ashley Olsen, but that was when I was like six years old and really stupid and didn’t know any better. When I actually became interested in music at 9 or 10, I just went to Disc-Go-Round and without any prior knowledge picked up both “One Hot Minute” by Red Hot Chili Peppers and “Siamese Dream” by the Smashing Pumpkins in the same day!— I have to say, I’m impressed by my intuition because I still consider these some good records. The most recent record I bought was “All Mod Cons” by The Jam.

Sam: My first album was Radiohead’s Pablo Honey, and the last one I bought was Kraftwerk, Autobahn.

Becca: I gave my sister money to go to the mall and pick up Cosmic Thing by B – 52s. I recently bought a Function Falls record by Buke and Gase at their show.

Sarah: The first album I purchased was the Romeo and Juliet soundtrack. I’ve grown into a romantic, and even as a 4th grader I was drawn to love, sexuality, breaking the rules, and loss. The latest album was by Holly Go-Lightly. A two piece husband and wife outfit, she’s from England, he’s a southern gentelman, and they make blues rock. I saw them at beat kitchen in Chicago and felt compelled to give them my money.

Jan Terri gig at Ultra Lounge around Halloween. We dressed like cat burglars.

Jen: Pretty much everything. Not to sound whatever but, I guess it all boils down to my emotions and how I want to express how I’m feeeeeeling. Most of the lyrics I write are extremely personal and tend to be written to specific people I know or have known; sometimes I am even writing to my past, current, or future self. I think of my lyrics as letters, often in code, that I write to people (or myself) but never actually send.

What I really like about collaborating, though, is that my band mates then take all of this emotional nonsense to a new level by misinterpreting what I’m saying or joking around about what the lyrics sound like or what they should be instead. This leads to some of the more light-hearted lyrics we have and some of the silly moments in songs which I think is incredibly, incredibly important to what we do. I love the balance that we create when they bring those things to the table. If it were not for them, I would just be crying into my cheerios, singing songs about unrequited love and injustice, having no fun at all. Thank god, they poke at me a bit.

Jen: Ummm, the last song I wrote is about someone hurting my feelings and then how I turned around and wrote a song about it. So meta.

Becca: Jen, our key writer and singer, has style much like an abstract painter where the mood is obvious and the subject matter is more or less up to listener interpretation. My additions to our new songs are supplemental to the mood musically, and my lyrical additions mostly come as happy mistakes.

Sarah: I don’t necessarily write songs. The other gals worry about that, I build upon songs. I think about drumming is in terms of a roller coaster ride. There is a slow start, a climb, drop, jerk and you lose yourself. Then there is a pulse a smile a scream, and its over. I think about how the song speaks to me, how it makes me feel, and I try and take the audience on that journey, from start to finish beside me in the seat. I like to reconnect the audience with the idea of something WHOLE, something tangible, and humble. The last song I added lyrics to we’re about how my love takes too much of my time.

Jen: Pumped up kicks!
Sam: Why not?
Sarah: Yea dogg.
Becca: I had a good experience at Bass Nectar once…

Jen: Only if they were really good in bed.
Becca: Not likely.

Jen: I’m a 7th grade teacher. So I am writing lesson plans and trying to find new teacher outfits that cover my tattoos.
Sam: Video games and staring at my cat.
Becca: I work for an ad company, under florescent lights, in a cube… and I paint when I can.
Sarah: I’m a modern dancer, and yoga instructor. I also slang expensive drinks to sexy tattooed people.

Jen: Maybe the White Album, that way I actually get two albums.
Sam: The Great Escape by Blur.
Becca: Totally Beatles. YOU GUYS! I like Rubber Soul.
Sarah: Beatles or Velvet Underground.

Have you ever had to work a terrible job so you could pursue your music career?

Becca: Sam used to hold a clipboard and dare the people on the sidewalk to make eye contact. But I don’t think that any of us have considered music as a business pursuit. It’s just fun to let go and create something loud. So, to whom do career-musicians play? Products? I guess if you consider “Gimme Gimme” as a jingle, then Tombstone Pizza owes us like, a lot of money.

Jen: I usually lay on my floor or flip around on my bed with like a thousand sheets of paper. I have written almost all of my songs on this crappy student guitar I bought when I was 12. That’s usually the most important element to the process.
Becca: Commuting while listening to voice memos or rough draft ideas through headphones is where I get most of my ideas.

Jen: It might have been a Nine Inch Nails show a few years ago, or The Flaming Lips.
Sam: I prefer small venue shows, so, Yo La Tengo, and Wild Flag a year back.
Becca: Heart, Willie Nelson, B-52s, Buddy Guy all at Riverfest in Little Rock, Ar 2009.
Sarah: Yonder Mountain String Band at their festival- Northwest String Summit, in North Plains Oregon. Happens every year inAugust, and it’s a 5-day festival on a camp ground with wild peacocks. Imagine what that does to you on a few hits of acid. For a few days straight. Now throw in what we call a “dunker-roo” you let your hair down, you see your family. I camp with several tents in the same area every year. It’s comforting, because I know that anywhere we go in the world, we end up there for a week of fun and dirt, and bluegrass.

Do we have pets? We are obsessed with our pets in a way that is borderline psychotic. How about six million photos? 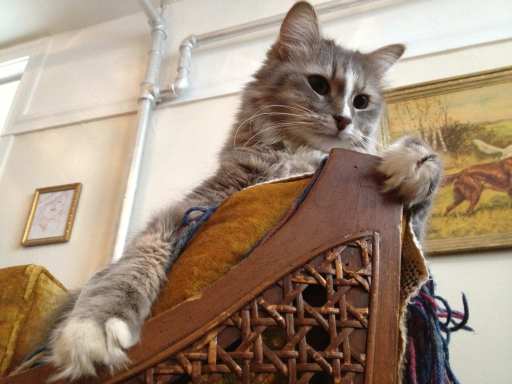 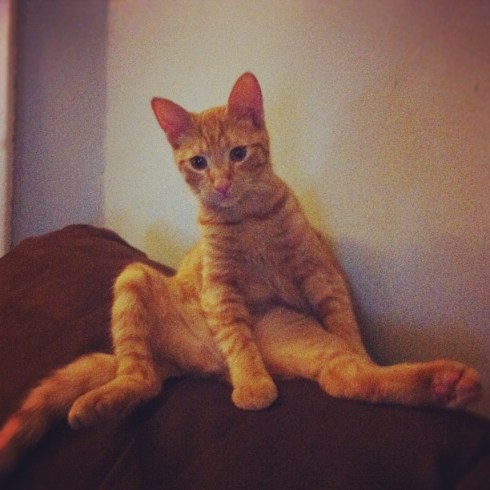 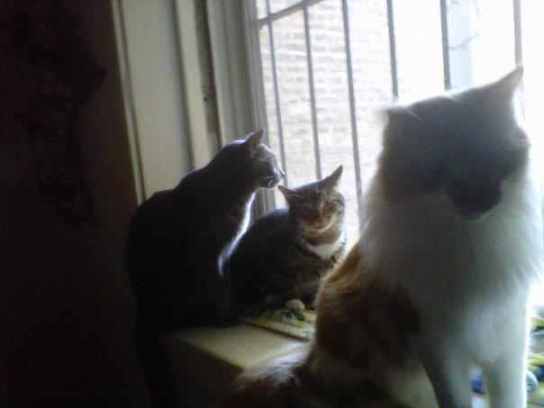 Swimsuit Addition are currently working on their full-length record, titled Wretched Pin-ups, and planning small tours around the Midwest. Everything else you’d like to know can be found here: