As you have undoubtedly heard by now, on Tuesday the U.S. Court of Appeals for the Ninth Circuit ruled in favor of Kristin Perry, Sandra Stier, Paul Katami, and Jeffrey Zarillo, the plaintiffs challenging the constitutionality of Proposition 8.

They won. We won. 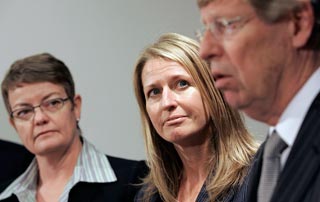 This is certainly better than losing. Without a doubt, it is better for the Ninth Circuit to rule that Proposition 8 is unconstitutional than the alternative. But from a legal standpoint, how we reach an outcome is every bit as important as the outcome that we reach – and, in determining that Proposition 8 is unconstitutional, Judge Reinhardt of the Ninth Circuit took a much more conservative approach than Judge Walker had at the district court level.

The District Court Sets The Stage

After Judge Walker’s broad and sweeping opinion, it is hard not to be disappointed by the Ninth Circuit decision – even though it might be better for us.

To understand this disappointment, we must first revisit the district court opinion. Way back in August of 2010, Judge Vaughn Walker wrote what can reasonably be interpreted as a love letter to the gays. After an extensive trial, where both proponents and opponents of same-sex marriage were given the full and fair opportunity to make their respective best cases, Judge Walker concluded that Proposition 8 “unconstitutionally burdens the exercise of the fundamental right to marry and creates an irrational classification on the basis of sexual orientation.” Although this opinion was rendered explicitly with regard to Proposition 8, the language and reasoning is broad enough that it one could reasonably apply to any state that seeks to prohibit same-sex marriage.

The Ninth Circuit Narrows the Scope

In contrast, Judge Reinhardt penned a much narrower opinion. Rather than considering the constitutionality of preventing same-sex marriage as a general matter, Judge Reinhardt narrows the scope of the question.

“Whether under the Constitution same-sex couples may ever be denied the right to marry, a right that has long been enjoyed by opposite-sex couples, is an important and highly controversial question… We need not and do not answer [that] question in this case.”

In 1996, in the case of Romer v. Evans, the Supreme Court struck down Amendment 2, an amendment to the Colorado constitution that prohibited the state and its political subdivisions from providing any protection against sexual orientation discrimination. Colorado voters passed this measure in direct response to local governments creating laws that prohibited sexual orientation discrimination.

Judge Reinhardt explains that Proposition 8 “is remarkably similar to Amendment 2.” Like Amendment 2, Proposition 8 singles out a certain class of citizens for disfavored legal status, and has the “peculiar property” of “withdrawing from homosexuals, but no others” an existing legal right. “Like Amendment 2, Proposition 8 denies ‘equal protection of the laws in the most literal sense,’ because it carves out an exception to California’s equal protection clause by removing equal access to marriage, which gays and lesbians had previously enjoyed, from the scope of that constitutional guarantee.”

Ordinarily, the court will uphold a legislative classification as long as it bears a rational relation to some legitimate end. However, Judge Reinhardt finds that Proposition 8 was not rationally related to a legitimate purpose.

“Absent any legitimate purpose for Proposition 8, we are left with ‘the inevitable inference that the disadvantage imposed is born of animosity toward,’ or as is more likely with respect to Californians who voted for the proposition, mere disapproval of, ‘the class of persons affected.’”

Because “Proposition 8 operates with no apparent purpose but to impose upon gays and lesbians, through the public law, a majority’s private disapproval of them and their relationships,” the Ninth Circuit finds that it is an unconstitutional violation of the Equal Protection Clause.

As a practical matter, this may be the best opinion we could have hoped to receive –- not because it provides the greatest protections or takes the strongest steps toward marriage equality, but because it is a (relatively) uncontroversial ruling. The opinion fits squarely within the precedent established by Romer. Rather than suggesting that the Constitution mandates marriage equality (as Judge Walker’s opinion arguably did), the Ninth Circuit simply asserts that California’s specific approach was impermissible.

Because the ruling only applies directly to California, and because it is so firmly rooted in the language of Romer, it seems plausible that the Supreme Court might not even choose to hear the appeal. Moreover, even if the Supreme Court chooses to take the appeal, it is widely assumed that Justice Kennedy will be the deciding factor, and Justice Kennedy wrote the majority opinion in Romer.

However, despite the fact that this opinion might offer us strategic advantages, I stand by my prior statement: it’s hard not to be disappointed. Judge Walker’s opinion provided such an incredible sense of joy, and a sense of promise that our equality is coming.  Judge Reinhart’s opinion, though still sound and logical and well-written, offers only a sense that most of us must still wait.