Health insurance. 401Ks. Unemployment benefits. Those are the kinds of benefits our parents entered the workforce expecting. But us? With the under-30 unemployment rate jumping up to 11%, many of us who are struggling to find paid work don’t have the luxury of ruling out jobs that come without benefits. The 2012 workplace is a different creature from the one our parents encountered in the ’60s and ’70s. Gone are the days of working at the same company for 25 years. Today, nearly a third of all workers are freelancers. They’re temps, contract workers, self-employed workers and part-time employees and they’re becoming the norm. 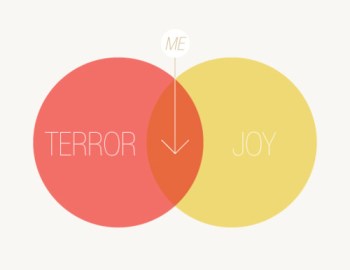 Working as a so-called “contingency worker” has is perks. You get a certain degree of flexibility, the opportunity to get your hands dirty in a variety of projects, more creative control over your work, and the alluring possibility of earning beaucoup dollars. But while the highs are high, the lows are abysmal. Contingency workers typically go without benefits that full-time employees take for granted. Paid sicks days and vacations, employer-sponsored health insurance, protection against discrimination, the guarantee of being paid on time and retirement savings plans all go out the window when you work from gig to gig.

The downfalls of freelancing are precisely why contract work has become so popular in our modern economy. As we’ve moved from an industrial to a knowledge-based economy, companies have struggled to keep up with the demands of the market. In the knowledge economy, employees become the single greatest resource that a company has. This total reliance on human capital means that firms are faced with the challenge of making a profit while still serving the needs of their workers. Many companies have turned to contingency workers as a sort of bargain with themselves — by hiring workers on a contract basis, they extricate themselves from obligations because the people they hire are not their people. And as more companies turn to a contingency worker model, the competition for jobs only grows, ensuring that companies can continue to temporarily hire high-quality workers for less than a salaried employee.

In a word, freelance workers are vulnerable. They work many hours each week with no guarantee that next month will bring a job their way. Because temporary work makes it harder to qualify for a loan, workers have trouble financing education for themselves or their children and have more trouble making large investments or buying homes, which makes making a living harder than ever. Call it “The American Dream” or call it a fantasy, but building wealth is essential to two things that we desperately need: upward social mobility and a political voice.

If the workplace continues to move into coffee shops and basements, something’s got to give. We currently organize our social and economic safety nets around one long-term job — an arrangement that was created in the 1930’s with the New Deal. With all the changes in the workplace — including technology, new supply chains, and more diversity — it’s time for some restructuring. The Freelancers Union, a group that advocates for the rights of contincency workers, supports what they call “new mutualism.” New mutualism looks at the changes in the workplace and says “I can deal with that.” It sees the growth of freelancing as an opportunity for creativity and entrepreneurship to flourish. Technological innovation becomes a way to create communities and connect people with complimentary skills and needs. In a way, it’s not all that different from what we do here at Autostraddle.

But what about those problems like health insurance and retirement that never seem to go away? Rachel Horowitz of the FU (I don’t think they call themselves this, but they should consider it) thinks that more health care reform could help level the playing field so that Consumer Owned and Operated Plans benefit both freelancers and the companies that employ them. Mike Paolucci, CEO of a company that connectes freelancers and companies, believes that universal healthcare is the answer. He argues that it could “lead to a more mobile society” by allowing freelancers to focus on their current contract and freeing the economy from the strain felt when thousands of contingent employees are laid off in times of economic downturn. The Freelancers Union suggests that we start by asking the government to count independent workers, something it hasn’t done since 2005. With a good set of stats about what’s going on, we can rethink the institutions we’ve created so that they’re more in line with the needs of today’s workers.