Perhaps you have seen Republican Michigan Senate hopeful Pete Hoekstra’s super racist ad aired during the Superbowl. I only have a thousand “UGH”s and “WTF”s in response.

I grew up in Michigan. And after doing some research on Hoekstra, I found out that he represented Michigan for over 18 years in the House of Representatives. This shocks me to no end because this racist ad reveals a startling disconnect between Hoekstra and the state he’s vying to represent (and has represented for about two decades) — by airing this commercial, he’s ostracizing about 300,000 Asian and Pacific Islander American (APIA) individuals that live in Michigan as of November 2011, according to APIA Vote Michigan. That’s about 3% of Michigan, which is no percent to sniff at, especially if you’re looking to win a Senatorial vote. APIA Vote Michigan later released a statement about the ad:

“It is very disturbing that Mr. Hoekstra’s campaign chose to use harmful and negative stereotypes that intrinsically encourage anti-Asian sentiment. From 2000 to 2010, the Asian American community grew at the largest rate (34.9%) of all racial groups and continues to be a major contributor to the economy in Michigan.”

The problem isn’t so much that he’s attacking the current Michigan Senator, Democrat Debbie Stabenow, over her “reckless economic policies that are hurting our nation,” as mentioned on Hoekstra’s Facebook page, but that he’s using a tactic that outright ostracizes people of a certain nationality and race. 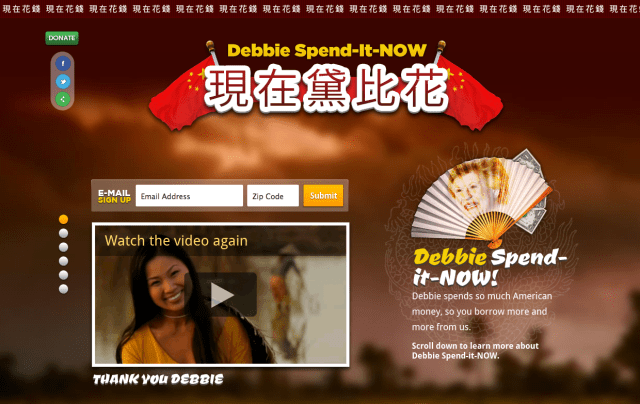 The number one racist problem in this ad is that the Asian/American actress’s lines are written with fake grammatically-incorrect tics, and yet she speaks in an American accent. It’s an attempt to make her seem more foreign, but lines like “Debbie spend so much American money” and “your economy get very weak, ours get very good” are not even realistic — I don’t think I’ve ever heard anyone talk like that, let alone people who have spoken Chinese as a first language. Hoekstra defended the use of this actress, saying that she was “100% Chinese,” in an interview with MSNBC anchor Lawrence O’Donnell — possibly the vaguest statement I have ever heard. The fact that Hoekstra hired an Asian actress to star in this anti-Chinese ad is the most upsetting — it rings back to the discomfort I felt watching the Georgia anti-childhood obesity ads, where the ad campaign hired an actor of a certain demographic to speak in a way that ostracizes and others people of that same demographic.

With this ad, Hoekstra is alienating people like me, American-born citizens of the US, while continuing a variety of racist assumptions — among them that people who are racially Asian are born abroad (and somehow intimately connected to China and this fear-of-China issue), and that people who look Asian are somehow not going to understand English or speak English grammatically. The other “ethnic” flourishes in the ad are also frustratingly trapped in “Yellow Peril” land — like the gong introductions, traditional Chinese music and the images of “rice paddies” in the background (though, according to POLITICO, the entire ad was shot in California). Not to mention how this campaign has been overly thought out — Hoekstra’s campaign even created a website, DebbieSpenditNow.com, that comes complete with Chinese characters decorating the borders, images of dragons and lion dance costumes and paper fans emblazoned with Stabenow’s face. 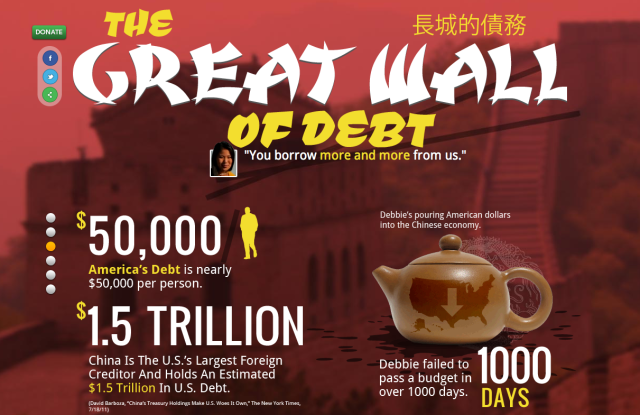 Hoekstra later defended this campaign in a statement this past Monday, saying that the ad was not racially insensitive. “The ad is only insensitive to Debbie Stabenow and her spending,” he said, according to CBS News. “It doesn’t criticize the Chinese at all.” Hoekstra also mentioned that the response to this ad campaign has been “overwhelmingly positive,” which prompts me to ask, who has he been speaking to? Seriously? I think we have a case of some severe disconnect between Hoekstra, reality, and the people of Michigan.

The comment seems to ignore how the Hoekstra campaign at first attempted to smooth over the overwhelmingly negative response to the campaign through shutting down the comments and rating system on the video on YouTube and calling the ad “satirical” as if that would explain everything — Paul Ciaramitaro, a Hoekstra spokesperson, told POLITICO that the ad was criticizing China’s educational system, which is becoming “increasingly competitive” because seeing “a Chinese girl speaking English … is a testament to how they [China] can compete with us.” 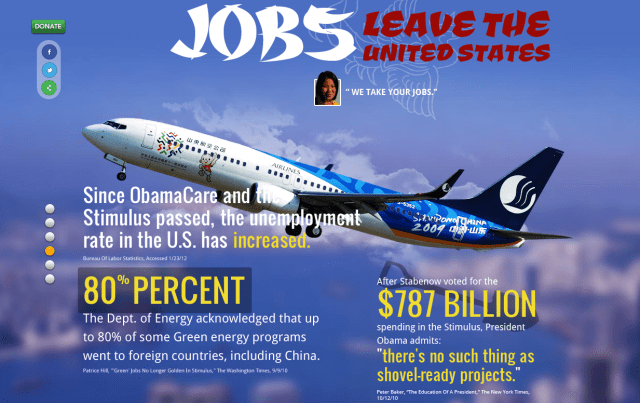 The baseline of this anti-China anxiety being used in this campaign — where the belief that China is taking over the economy, and its people are even (gasp) going as far as learning English — is uncomfortable to read about. According to CBS News,

“China has become an increasingly common target for political candidates … in the 2010 campaign cycle, the National Republican Campaign Committee ran an ad asking of Indiana Democrat Baron Hill is ‘running for Congress in Indiana — or China?’ … It was one of at least two-dozen spots in that cycle that pointed to China in order to criticize a political opponent.”

Using China (and political candidates’ obvious or less obvious support of the country) as a symbol of un-American principles is a tricky, racialized thing. By associating China with this “un-American” ideal, the backlash extends beyond a nationalistic anxiety and becomes a racialized one, too, that affects Asian-Americans. I’m often asked, “Where in China were you born?” to which I respond, “Massachusetts.” The implication here is that I’m assumed to be not American just because of the way I look and am racially categorized. And big-deal political campaigns using China and Chinese people as a symbol of un-American alienation is entirely regressive. APIA Vote Michigan puts it best when it says that “The use of these stereotypes is counter to the progress our country has made over past decades to encourage respect for all communities.” Word.