Hey Georgia, what were you thinking when you released your new anti-childhood-obesity campaign? It’s humiliating. It’s condescending. And it’s not going to help anybody. 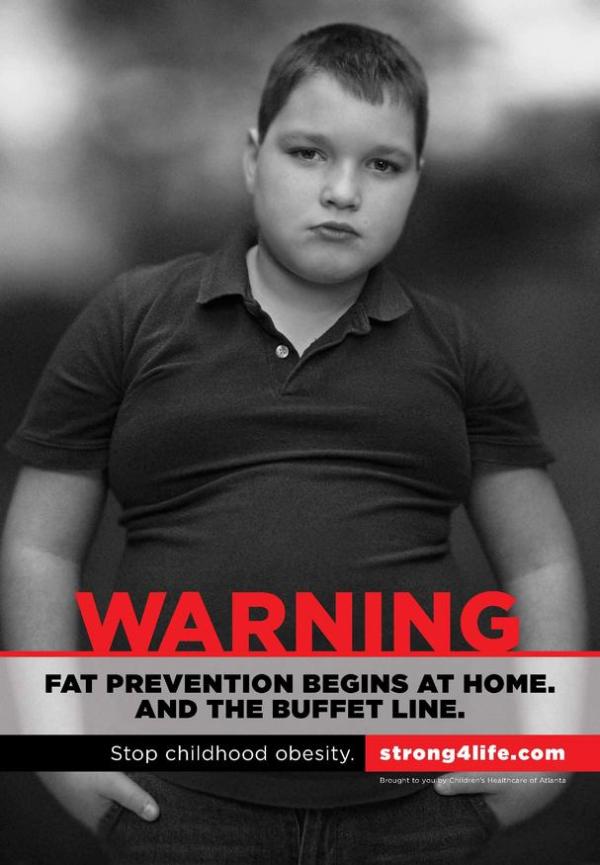 These images are a part of Georgia’s new anti-obesity campaign, which has an ugh-worthy title: “Stop Sugarcoating.” The campaign features black-and-white images and videos of overweight children plus a whole lot of humiliating commentary. In one video, titled “Bobby,” Bobby sits in an empty room opposite his mother and asks her, “Why am I fat?” The following black and white text panel reads: “75% of Georgia Parents with overweight kids don’t recognize the problem.” In another video, titled “Jaden,” Jaden says “Playing video games is all I like to do, alone … because all of the other kids like to pick on me.” Then a black and white text panel appears that reads “Being fat takes the fun out of being a kid.”

I think that promoting healthy eating and exercise in children is a good idea, but the problem I see here is the campaign’s angle: The “Stop Sugarcoating” ads aim to educate parents about childhood obesity, but instead of providing solutions to the issue, they offer humiliation and guilt. The ads suggest that if people are aware and ashamed of their obese bodies, these families will fix their problems on their own, which is entirely unreasonable. The campaign doesn’t offer proactive ways to help, and it doesn’t take into consideration the socioeconomic, emotional and mental health and food-access issues that contribute to regional tendencies toward obesity. The fact of the matter is that healthy eating costs a lot more, and in the middle of one of the worst recessions America has ever seen, it’s not something everyone (or even most people) can afford. There are many, many barriers to “healthy eating,” especially if you’re of low socioeconomic status, including the step of knowing what “healthy eating” even means. Guilting parents doesn’t help start a conversation around why healthy and fresh foods are so much less accessible to poor families than processed foods, which is something that might actually help children in Georgia.

There’s also the problem of stigmatization. The ad campaign is trying to make families and children more aware of what obesity looks like because three-fourths of Georgia parents “don’t recognize the problem.” But obesity is already very stigmatized.  In one ad, a voiceover says “As her mom, I never noticed Tameka eating any different than the rest of us. She likes junk food but what kid doesn’t? When the doctor said she had type 2 diabetes, I didn’t realize what we ate would make her sick… I just always thought she was thick like her mama.” Or another ad where a boy wrenchingly asks his mother, “Why am I fat?” How does this make things different or better for overweight children? How is it original or progressive to re-emphasize the stigma that these kids already face? 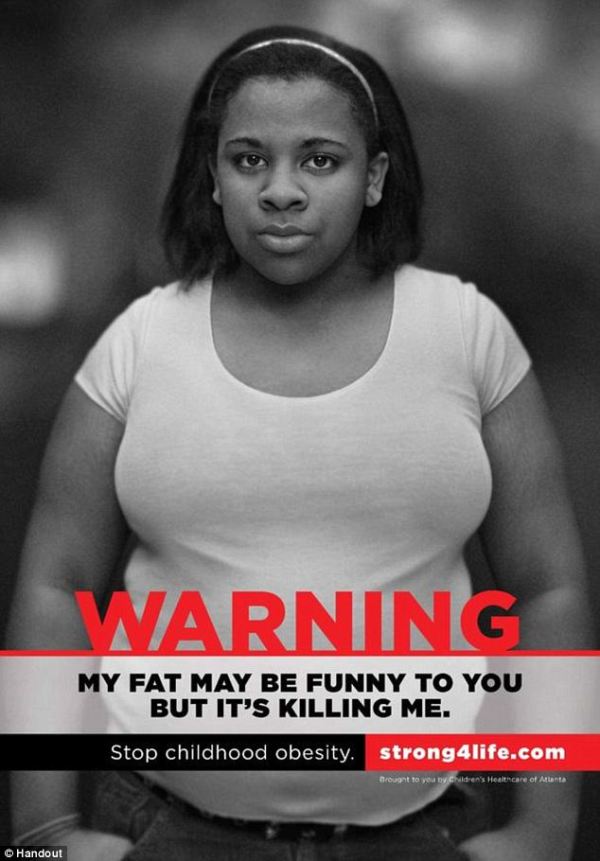 By pinning Georgia’s childhood obesity problem on parent and child, this ad campaign is absolving the state of the responsibility for addressing this social and state issue. How about rethinking school lunches? Restructuring afterschool programs to promote exercise? Making fresh produce more accessible to families not only through location but through cost? By stigmatizing obesity, the ad campaign is alienating and othering those who are obese and their families, which only perpetuates the problem. I should know — that was me once, mocked by my peers and teachers for eating Hot Pockets for lunch when it was all that my mother packed for me, and all guilt and shame did for me was make me wish I didn’t exist.

This is what happens when you use stigma to “solve” childhood obesity, without offering healthy suggestions or considering how family life and mental health both have a hand in obesity. Overweight kids become defined by weight, and even when they lose weight, their problems aren’t solved — their emotional and mental health don’t improve and their coping skills don’t improve. The only thing that’s changed is that they’re skinny. Stigmatizing children and their parents isn’t the way to go — it’s not empowering. It’s the opposite of that entirely. Obesity is not just an isolated problem of overeating and consuming too much of the sugar in the “Stop Sugarcoating” campaign title. It’s a problem with cultural and economic implications. It’s a problem with mental and emotional health implications. It’s a problem that needs to be addressed with nuance, because obesity is a nuanced problem — making people feel guilty for eating will not fix everything. 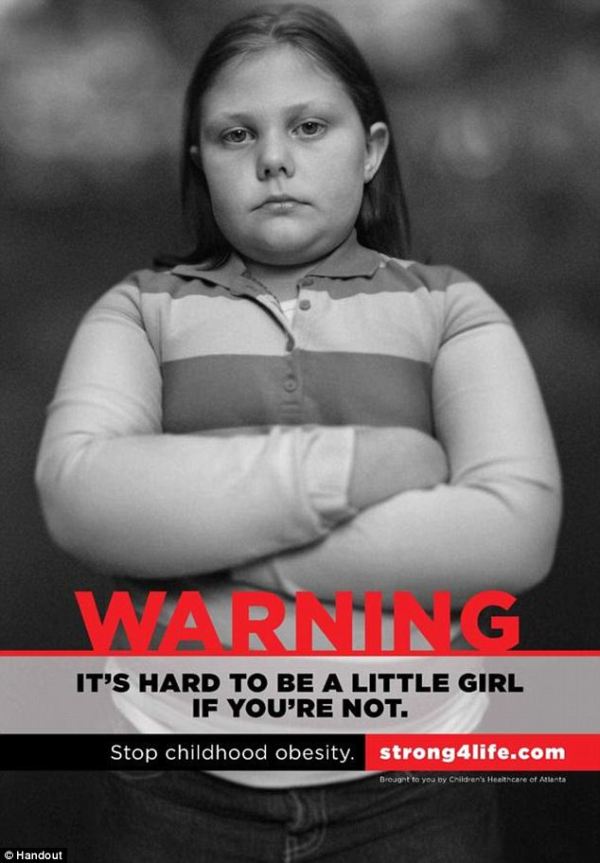 Hey Georgia, you should reconsider this “Stop Sugarcoating” campaign. You should stop with the stigmatizing and body hate that your campaign is highlighting. Maybe you should do it this way: The Obama administration’s Anti-Obesity Task Force (and the associated Let’s Move! program) has at least been proactive in listing ways to help deal with childhood obesity by “ensuring access to healthy affordable food,” “increasing physical activity in schools and communities,” “providing healthier food in schools” and “empowering parents with information and tools to make good choices for themselves and their families.” The key word is here “empowering.” The secondary key word is “good.” As in positive. And while positivity isn’t 100% effective, I’d say it has a better chance of working than stigma.