A couple weeks before the election, I slowed down my media consumption. Only about half an hour on the internet at a time; major cutbacks on Facebook, Twitter, and Instagram; reading the actual, honest-to-goodness newspaper even more thoroughly; and, as it turns out, listening to a ton of podcasts. I’ve kept to all of those habits pretty firmly in the time since — it helps keep the panic at bay — but the podcasts stuck most of all. Now instead of just having them on at the gym, I play them in my car and on the train, regardless of time of day. I know I’ll get back into my regular radio cycle eventually, but to be honest, it’s lifted a ton of weight off just to absorb information more slowly and deliberately. If you’re having trouble shaking the feeling that all of your media feeds are one giant grief orgy, try changing the pace of what you take in. Not even the content, necessarily — just the rate. Podcasts are an easy way to do that: 30 to 60 minutes later, you’re done, informed, and ready to fight your next battle.

Here are nine hosted (or co-hosted) by queer women that have been getting me through Week One. 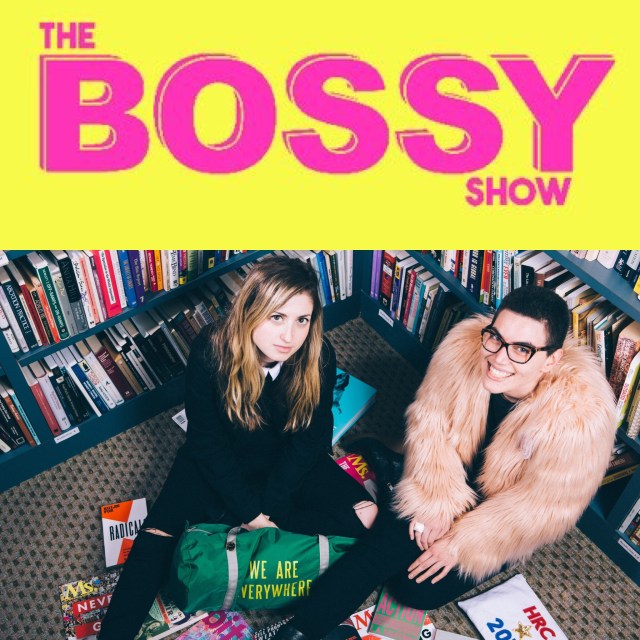 Attention all members of the resistance: The Bossy Show is your newest required listening. Jill Gutowitz and our very own Carmen Rios have come out swinging with their new political talk show for young women. And even if you’re well past your teenage years, these bona fide bosses will remind you how to keep pushing forward for the next 1,453 days and beyond. Each episode is stacked with talent and perspectives you need to hear, along with concise explanations of not only what’s happening in our government right now, but what you can actually do to fight back. It’s perfect for budding political wonks and, frankly, anyone who’s felt overwhelmed, lost, or powerless since November 8 (you too? Great!).

As usual, Carmen says it best: “Our nation is in a state of crisis, and moving forward our best remedy is to come together and act. I want to equip the next generation of feminist leaders, activists, and woke baes — the future of this country — with the information and opportunities they need to change the world.”

The first two episodes came out TODAY (so get in on that ground floor!) and feature Amanda McKenna, Sarah Kendzior, Sarah McBride, Lauren Jauregui, and Jackie Savage. Come for the big-name interviews, stay for the policy discussion. And Trump Tinder. Trust me. 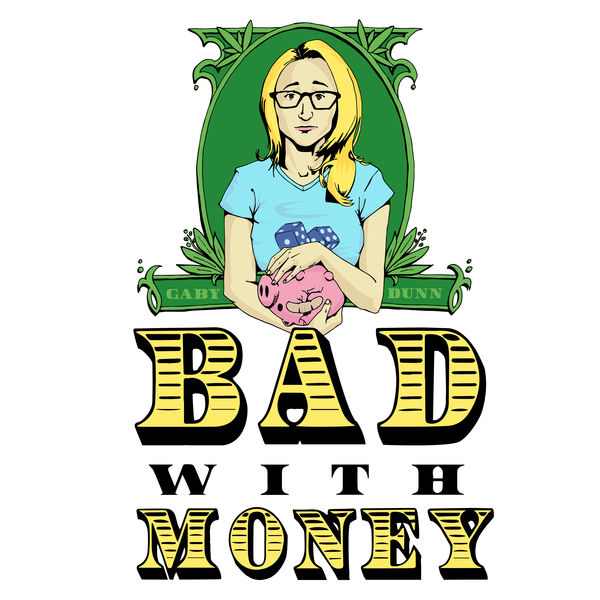 Does the phrase “personal finance” make you vaguely uneasy? Do you remain mystified by money matters great and small despite having made it pretty far into what most people call  “adulthood”? Well, a) same and b) congratulations — Bad With Money is for you. Autostraddle family favorite and A-Camp alumna Gaby Dunn tells the stories behind the numbers, not just exploring how money works but connecting it to people, causes, and conversations that will stick with you long afterward (and probably lead to some binge listening, so be careful out there). Gaby is an excellent host — even the ads are entertaining — and she’s not afraid to ask big questions or follow money to unexpected (and sometimes uncomfortable) places. This is left-brain talk for right-brain people. 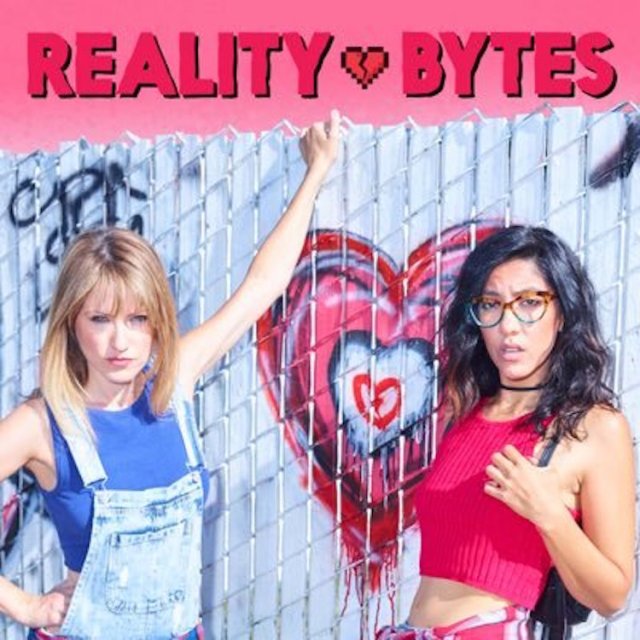 Reality Bytes breaks some ground and brings the charm as both a podcast and a YouTube show. You might know co-hosts Stephanie Beatriz and Courtney Kocak from their very unimpressive, not-cool-at-all day jobs on Brooklyn Nine-Nine and Danger & Eggs, respectively — but get ready for an entirely new experience here. Stephanie and Courtney discuss love, sex, relationships, and dating in the digital age with the help of at least one awesome guest every week, and the conversations range from feminist art to polyamory to business partnerships to online personas to politics and back again. These two are best friends and it shows; you’re gonna want to hang out with them for hours. 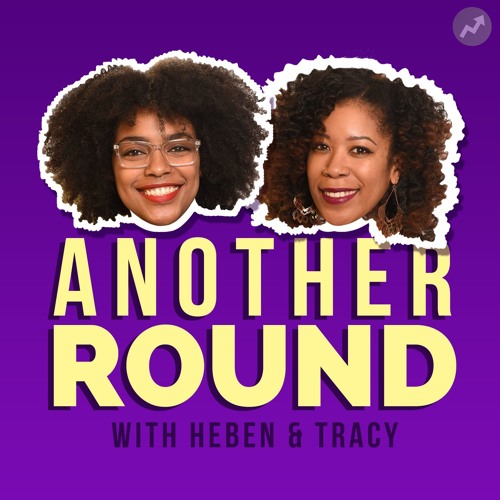 Ali featured Another Round in her political podcast roundup and y’all, I cannot cosign that decision heartily enough. It’s essentially lighting my path through the Trump nightmare and I highly recommend streaming it directly to your ears this instant if you’re not already. Heben Nigatu and Tracy Clayton not only bring in all the voices you should be listening to (including Janet Mock, Susan Rice, and My President herself, Hillary Clinton), but they’re flat-out incredible people to spend an hour with every week. The pacing on this podcast is top-notch, too —  nothing ever feels like it’s dragging, and they get the balance of featured interviews and shorter segments just right every time. Seriously, if you want to hear how it’s done, listen to Another Round. 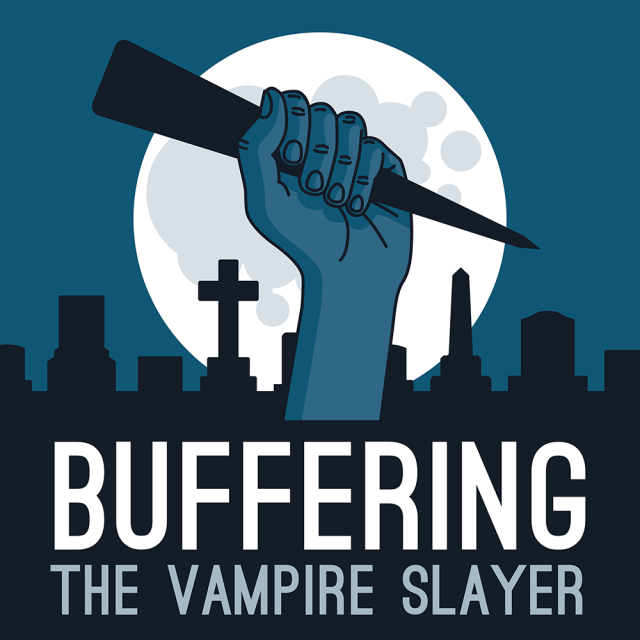 Look, it’s Jenny Owen Youngs and Kristin Russo following the adventures of a ‘90s feminist icon. We’ve wholeheartedly endorsed it. I didn’t even watch Buffy and I can’t stop listening. What more do you need?

(PS fellow LA folks: there are still tickets available for the first ever Buffering the Vampire Slayer live show at the NerdMelt Showroom on February 2 and you should go!) 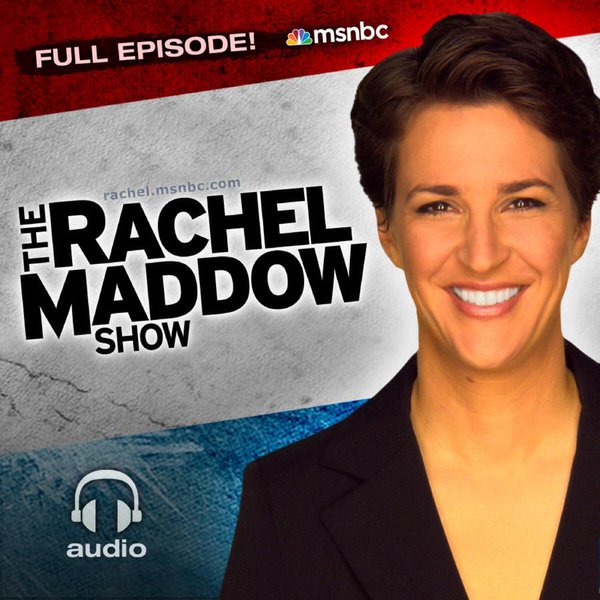 Did you know that The Rachel Maddow Show is available every morning for free as a podcast?  No, you won’t get to see Rachel’s signature hair/blazer/quizzical look combo in action, but you do get to skip all those pesky commercial breaks, which makes the cliffhangers between segments a lot more bearable. I spend my commute listening to TRMS now and can honestly say it’s helped me figure out how to navigate this legislative horror show we’re all in without succumbing to panic. She will tell it like it is and point out the finer details you might have missed, give you a play-by-play of what happened the previous day and remind you what to keep an eye on. It’s basically my preferred real-life Potterwatch.

After tuning in to the podcast for a while, I realized that in addition to being a straight up, unabashed civics nerd, Rachel Maddow is a superb storyteller. She begins every episode zoomed all the way out, often focused on a story with seemingly zero relationship to the American political landscape, and then gradually unfolds its connection to the events of the day. I don’t think I really appreciated her skill in that area until I was listening to rather than watching her. Plus every interview is a must-hear (especially now), and sometimes she makes cocktails. 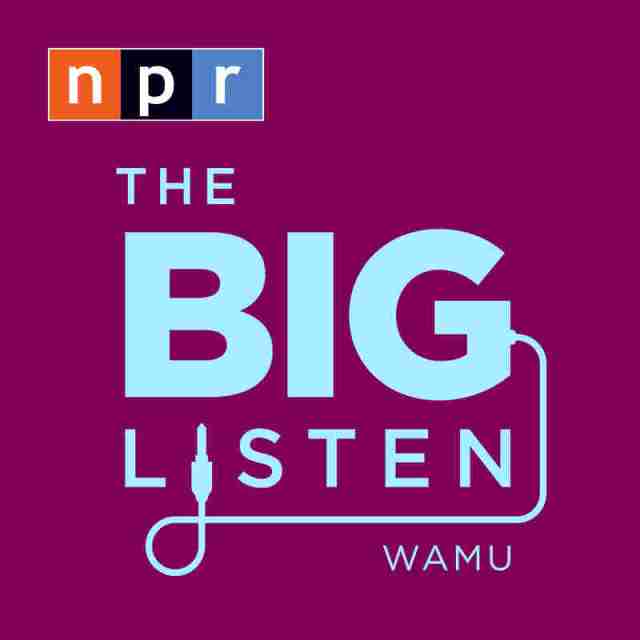 If you find this list and/or the prospect of podcast hunting overwhelming by nature, look no further than The Big Listen. It’s the podcast about podcasts — and host Lauren Ober is there to help you curate your personal library. She’s got interviews, show snippets, and one of the best radio voices you’ve ever heard, so you really couldn’t ask for a better guide. The show’s also fairly new, which I know always helps me get on board (a giant backlog of episodes can be kind of demoralizing). This is the show for you if you’re just getting into the podcast world, you delight in all things meta, or both. 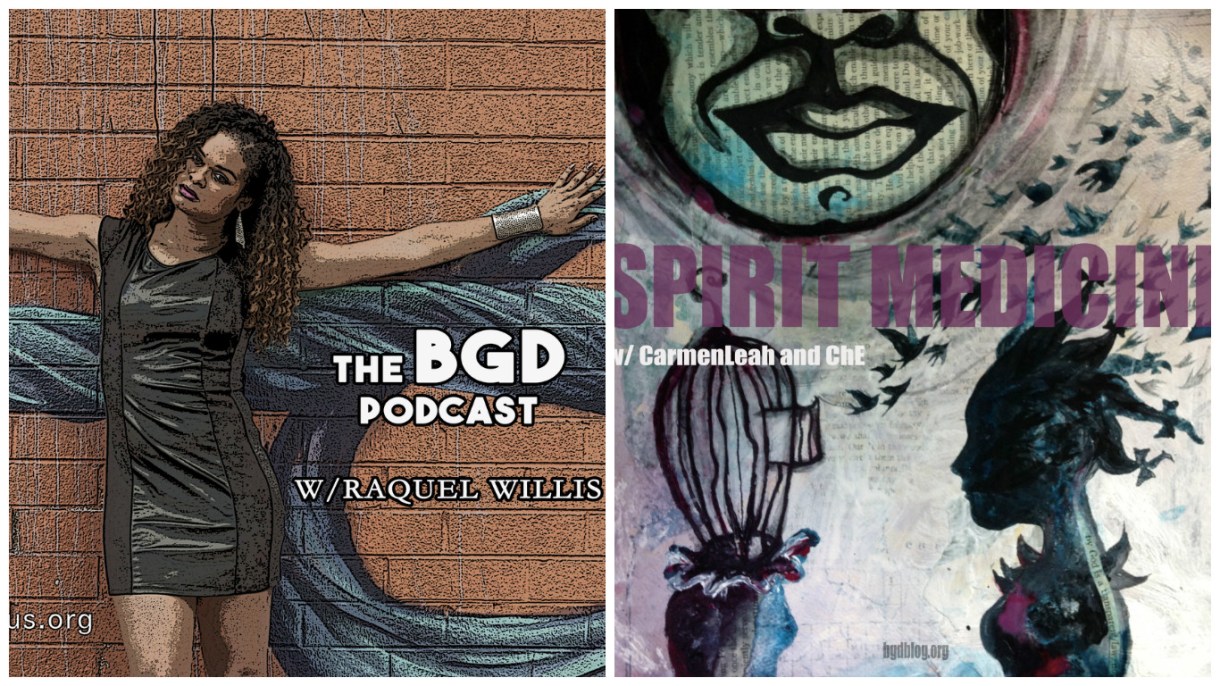 First of all, if you haven’t already been reading Black Girl Dangerous, you need to reshuffle your internet priorities immediately. Once you’re caught up on the blog, shift over to the podcast, which is hosted by Autostraddle contributor and general heroine of our times Raquel Willis. She took over hosting duties about four months ago and has been more than delivering ever since. She’s a great interviewer and one of my favorite and most trusted voices on Trump, the election, and the aftermath. “I have never been so clued in and invested in learning,” she says in the most recent episode. “And I’m hoping that this moment with this [President] is having the same effect on everyone else. Hopefully people are getting more involved and really learning about what’s going on in politics in their country, and what decisions are being made, and who is making these decisions.”

Spirit Medicine lives under the BGD umbrella and “focuses on providing accessible conversations, tools and rituals that support the healing, wellness and liberation of people of color, with a focus on queer and trans people of color.” In their five episodes to date, CarmenLeah Ascencio and ChE cover everything from cultural appropriation to creating meaningful work with anxiety and depression.

Here’s hoping that BGD continues to grow its podcast network — and as you’re building your personal and collective resistance efforts, make sure you take these two to heart.